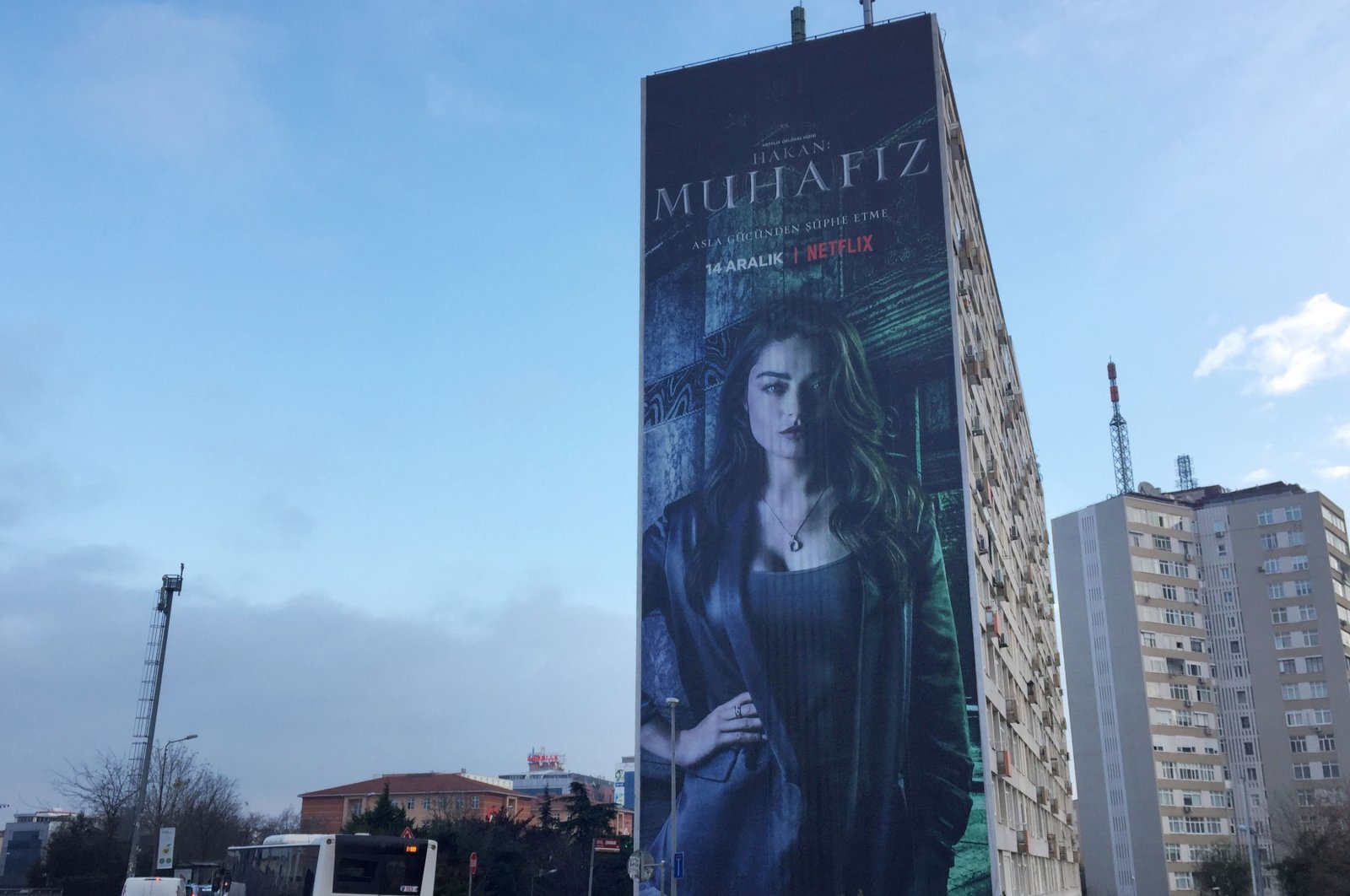 Online streaming giant Netflix's productions have generated around TL 583 million ($52 million) for Turkey’s economy so far while employing over 3,300 people, according to recent research by the company.

Conducted with an independent international consulting firm, the research reveals the impact of Turkish productions on the national economy, their contributions to the Turkish culture and to adding jobs in the creative industry of the country.

The research period starts with the launch of “The Protector” (“Hakan: Muhafız”), Netflix’s first original Turkish series that was released in 2018.

More than 10 Turkish productions have since then been released, and the streaming company has created more than 1,700 job opportunities for the actors and crews in these productions while providing over a few thousand days of work to the extra artists.

In addition to the content released on the platform, it is estimated that more than 1,600 jobs are provided for the cast and crews, which are in post-production and will go on air in 2021 and 2022.

From a broader cultural perspective, Netflix's investment in Turkish stories benefits the country’s creative economy from an increase in sales of books that inspired the series to an increase in the number of visitors to the set locations in the Netflix series.

The Protector, for example, has significantly contributed to the popularity of N. Ipek Gökdel's novel, “The Charcoal and the Strange Story of a Boy” (“Karakalem ve Bir Delikanlının Tuhaf Hikayesi”), on which the series is based. Goodreads, which allows users to search its database of books, citations and reviews, has revealed a dramatic increase in the number of reviews for the book since the show's first season was broadcast.

More than a third of the book reviews posted on the Goodreads website in 2018 occurred within two weeks of the production's release.

While many iconic places in Istanbul such as Sultanahmet Square, Hagia Sophia, Grand Bazaar and Mimar Sinan Tomb are featured in Turkish productions of Netflix, they continue to attract the attention of viewers around the world. In addition to more touristic locations of western Balıkeşir province’s Ayvalık, southeastern Gaziantep province, southwestern Muğla’s Bodrum, Bozcaada in the northwest, the northwestern province of Bursa, and western İzmir, southeastern Şanlıurfa province and the Göbeklitepe were among the locations that attracted attention in Netflix productions.

For instance, a 2020 survey by Istanbul Economic Research showed that those who watch “The Protector” are more likely to travel to Turkey than those who don't.

Consisting of 10 episodes of approximately 45 minutes each, "The Protector" focuses on the seemingly mundane life of an ordinary young man, Hakan (Çağatay Ulusoy). His life, however, is turned upside down when he finds out that he has to protect Istanbul due to a historical task assigned to him and his new epic adventure begins.

Hakan, in Istanbul – where the past and the future, the East and the West meet – is a very ordinary young tradesman in the famous Grand Bazaar. But a very different world awaits him when he realizes that the city he was born and raised in is under threat from mysterious forces.

Another Netflix series, “Love 101” (“Aşk 101”), as another example, contributed to the popularity of Turkish songs. The series features a mix of English and Turkish music extensively throughout the first season. it provided an international platform for many Turkish artists such as already popular Barış Manço, Levent Yüksel and a local rock band, Mor ve Ötesi.