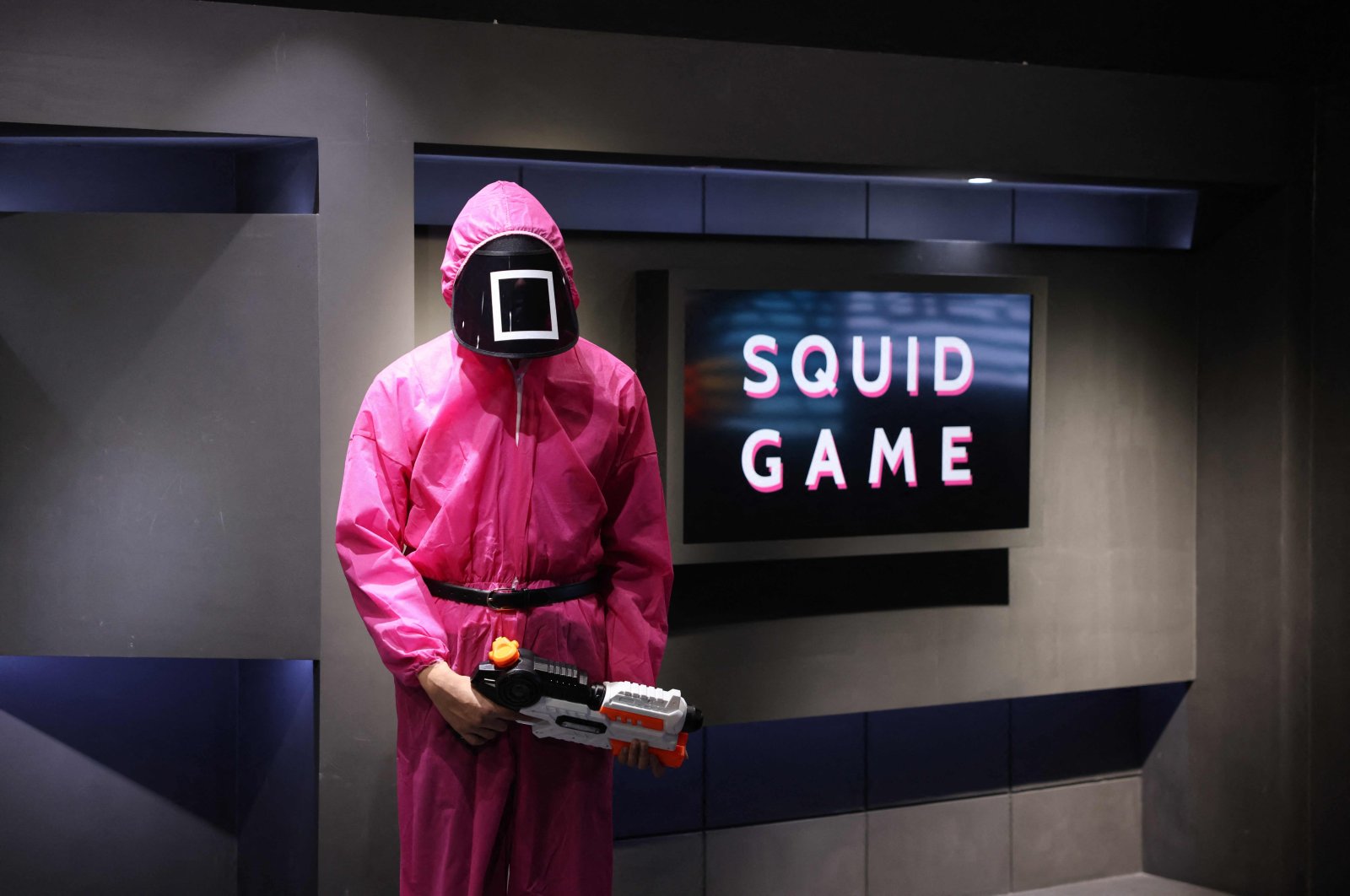 The violent Netflix drama "Squid Game" depicting contestants desperate to be rid of stifling debt by competing in deadly children's games mirrors reality too closely for many Koreans struggling amid the country's financial crises.

The show has captivated global audiences since its September debut, becoming one of Netflix’s biggest hits.

It has struck raw nerves at home, where there’s growing discontent over soaring personal debt, decaying job markets and stark income inequalities worsened by financial crises in the past two decades.

Lee Chang-keun is one of the viewers that sees a reflection of himself in the show’s protagonist Seong Gi-hun, a laid-off autoworker coping with a broken family and struggling with constant business failures and gambling problems.

Seong gets beaten by gangster creditors into signing off his organs as collateral but then receives a mysterious offer to play in a series of six traditional Korean children’s games for a shot at winning $38 million. The South Korea-produced show pits Seong against hundreds of other financially distressed players in a hyper-violent competition for the ultimate prize, with losers being killed at every round.

It is raising disturbing questions about the future of one of Asia’s wealthiest economies, where people who once crowed about the "Miracle of the Han River” now moan about "Hell Joseon,” a sarcastic reference to a hierarchical kingdom that ruled Korea before the 20th century.

"Some scenes were very hard to watch,” said Lee, a worker at South Korea’s Ssangyong Motors who struggled with financial difficulties and depression after the carmaker laid him and 2,600 other employees off while filing for bankruptcy protection in 2009.

After years of protests, court battles and government intervention, Lee and hundreds of other Ssangyong workers returned to work in recent years. But not before a spate of suicides among coworkers and family members who were plunged into financial misery.

"In 'Squid Game,' you see characters scrambling to survive after being laid off at work, struggling to operate fried chicken diners or working as ‘daeri’ drivers,” who get paid for driving drunk people home in their own cars, Lee said. "That reminded me of my coworkers who died.” Lee said he and his colleagues struggled to find work and were backlisted by other auto companies that considered them militant labor activists.

A 2016 report by Korea University medical researchers said at least 28 laid-off Ssangyong workers or their relatives died of suicide or severe health problems, including those linked to post-traumatic stress disorder.

"Squid Game" is one of many South Korean shows inspired by economic woes. Its dark tale of inequality and class has drawn comparisons with Bong Joon-ho’s Oscar-winning "Parasite,” another pandemic-era hit with stunning visuals and violence exposing the underside of South Korea’s economic success story. South Korea’s rapid rebuilding from the devastation of the 1950-53 Korean War has been spectacular – from Samsung’s emergence as a global technology giant to the immense popularity of K-pop and movies that’s expanding beyond Asia – millions of South Koreans now grapple with the dark side of that rise.

"Class problems are severe everywhere in the world, but it seems South Korean directors and writers tackle the issue with more boldness,” said Im Sang-soo, a film director.

In "Squid Game," Seong’s troubles trace back to his firing a decade earlier from the fictional Dragon Motors, a nod to Ssangyong, which means "double dragon.”

Hundreds of workers, including Lee, occupied a Ssangyong plant for weeks in 2009 to protest the layoffs before being dispersed by riot police who besieged them, assaulted them with batons, shields and water-cannons and dropped tear gas canisters by helicopter. That violent standoff injured dozens and is woven into the show's narrative.

Seong has flashbacks about a Dragon coworker killed by strikebreakers while organizing fellow game participants to create barricades with dormitory beds to block murderous sneak night attacks by more vicious opponents looking to eliminate the competition. Ultimately, it's every person for themselves in the cruel battle royale between hundreds of people willing to risk even their lives for a shot at freeing themselves from the nightmare of insurmountable debts.

The show features other crushed or marginalized characters, like Ali Abdul, an undocumented factory worker from Pakistan with severed fingers and a boss who refuses to pay him, epitomizing how the country exploits some of the poorest people in Asia while ignoring dangerous working conditions and wage theft. And Kang Sae-byeok, a pickpocketing North Korean refugee who had known nothing but rough life on the streets and is desperate for money to rescue her brother from an orphanage and to smuggle her mother out of the North.

Many South Koreans despair of advancing in a society where good jobs are increasingly scarce and housing prices have skyrocketed, enticing many to borrow heavily to gamble on risky financial investments or cryptocurrencies. Household debt, at over 1.8 quadrillion won ($1.5 trillion), now exceeds the country's annual economic output.

Tough times have pushed a record-low birth rate lower as struggling couples avoid having babies. The show’s global success is hardly a cause for pride, Se-Jeoung Kim, a South Korean lawyer based in Poland, wrote in a Seoul Shinmun newspaper column.

"Foreigners will come to you, saying they too watched 'Squid Game' with fascination and may ask whether Ali’s situation in the drama could really happen in a country that’s as wealthy and neat as South Korea, and I would have nothing to say,” she said.

Kim Jeong-wook, another Ssangyong worker who spent months with Lee perched atop a chimney at a Ssangyong factory in 2015, demanding their jobs back, said he couldn't watch "Squid Game" after episode one.

"It was too traumatic for me,” he said.