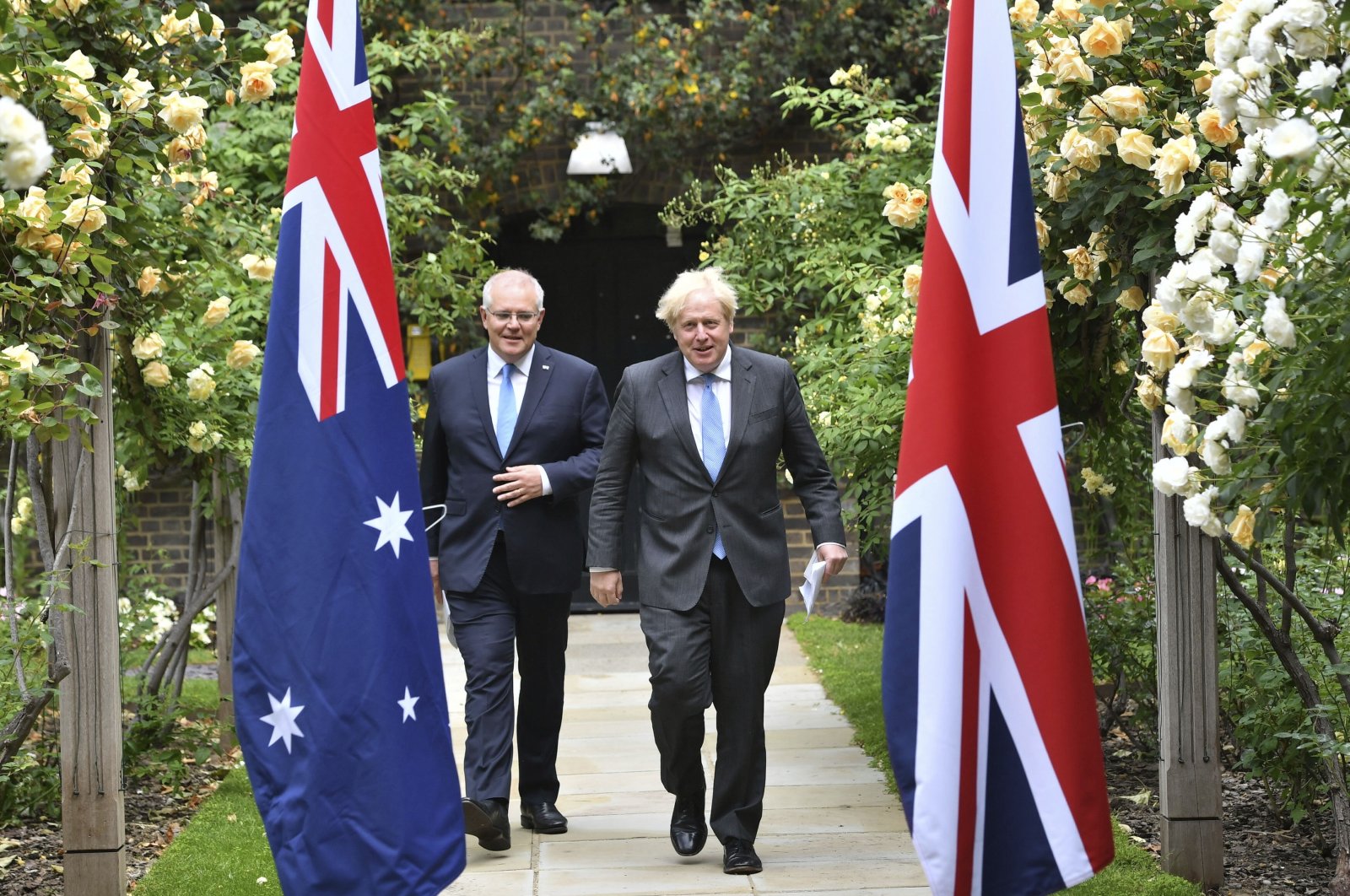 Britain and Australia announced Tuesday a major free trade agreement that will eliminate tariffs and red tape as London presses on with efforts to strike new deals with nations since leaving the European Union.

The United Kingdom government sees the deal as an important piece of its post-Brexit trade and diplomatic strategy to shift the country's economic center away from Europe and seek out new opportunities in higher-growth Indo-Pacific nations.

Australian Prime Minister Scott Morrison and Johnson overcame sticking points during talks after the G-7 meeting in Britain over the weekend, which Morrison attended as a guest.

"Today marks a new dawn in the U.K.'s relationship with Australia, underpinned by our shared history and common values," Johnson said in a statement.

Britain is Australia's eighth-largest trading partner and Australia is Britain's 20th largest, with two-way trade worth A$26.9 billion ($20.7 billion).

Prior to Britain joining the then European Common Market in 1973, Britain was Australia's most lucrative trading market.

Though details have yet to emerge, some official estimates say the agreement could add 500 million pounds ($705.7 million) to British economic output over the long term – a small fraction for an economy worth around 2 trillion pounds.

Nevertheless, it was hailed as an important steppingstone as Britain develops its own trade policy for the first time in decades following its departure from the EU.

"It is a fundamentally liberalizing agreement that removes tariffs on all British goods, opens new opportunities for our services providers and tech firms, and makes it easier for our people to travel and work together," British trade minister Liz Truss said.

The deal will be scrutinized by British farmers, who fear they could be forced out of business if the deal eliminates tariffs on lamb and beef imports from Australia. The government said British farmers would be protected by a cap on tariff-free imports for 15 years.

Australian Minister for Trade David Littleproud declined to reveal details but said Australian farmers would benefit from the deal.

"Overall, this is going to be a great win for Australian agriculture," Littleproud told 4BC Radio

Australia's economy is, however, already focused on Asia.