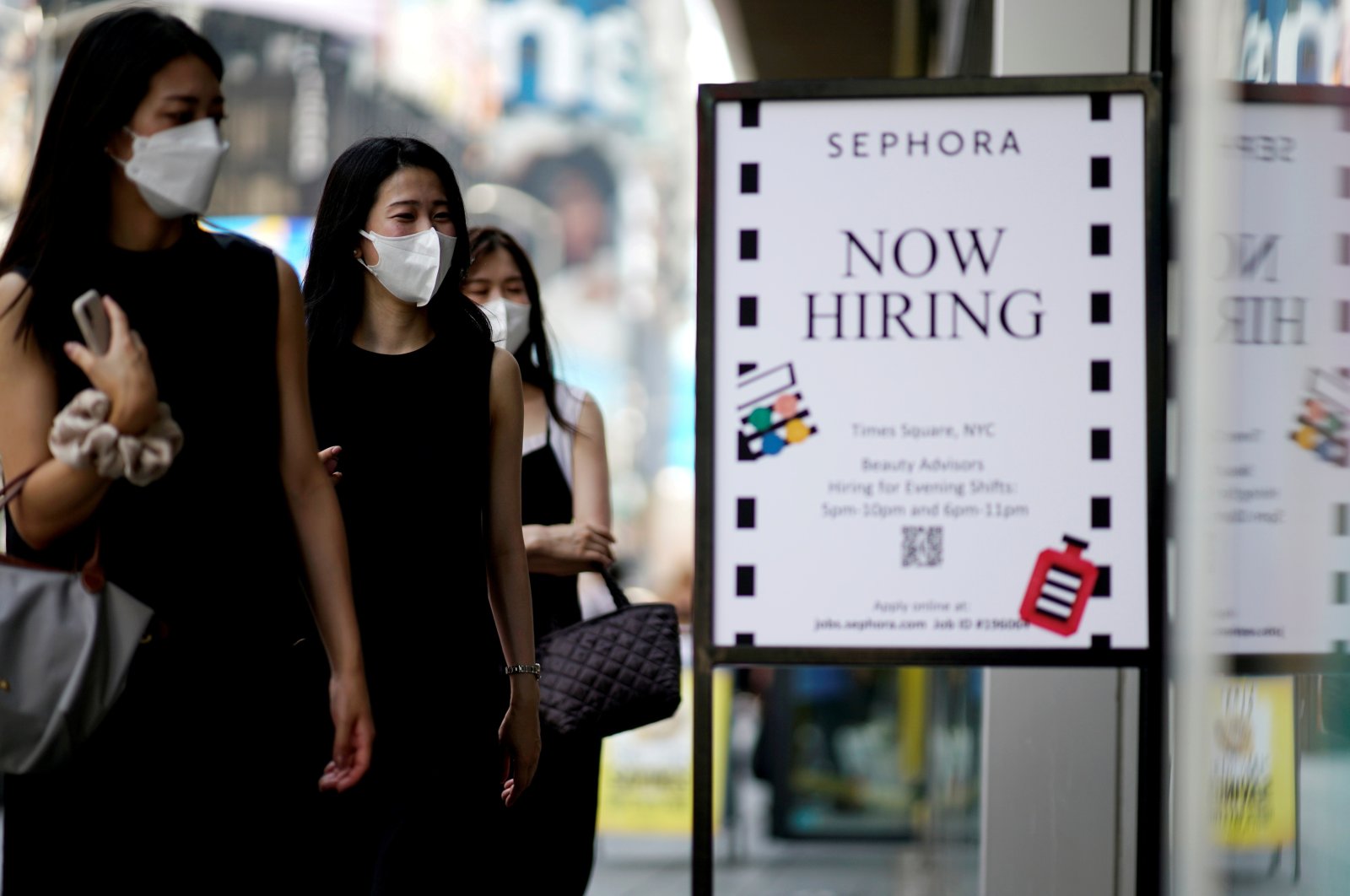 The United States economy created the fewest jobs in nine months in September amid a drop in hiring at schools and worker shortages, but ebbing COVID-19 cases and the end of generous unemployment benefits could boost employment gains in the months ahead.

Though the Labor Department's closely watched employment report on Friday showed the unemployment rate dropping to an 18-month low of 4.8%, which was in part due to people leaving the labor force. With workers still scarce, wage gains accelerated.

"The problem looks to be the supply of labor," said Brad McMillan, chief investment officer for Commonwealth Financial Network. "The biggest problem is not that growth has slowed, it is that people are still scared to go back to work."

Nonfarm payrolls increased by 194,000 jobs last month. Data for August was revised to show 366,000 jobs created instead of the previously reported 235,000 positions. Employment is 5 million jobs below its peak in February 2020.

Economists polled by Reuters had forecast payrolls increasing by 500,000 jobs with estimates ranging from as high as 700,000 jobs to as low as 250,000. The unemployment rate of 4.8% was down four-tenths of a percentage point, while average hourly earnings increased 0.6%.

Employment gains were restrained by a 161,000 decline in state and local government payrolls. Private education jobs fell by 19,000. Most back-to-school hiring typically occurs in September, but recruitment last month was lower than usual, resulting in a decline after stripping seasonal fluctuations from the data.

Pandemic-related staffing fluctuations in public and private education have distorted the normal seasonal patterns, making it difficult to interpret the data, the government said.

Overall, government payrolls fell by 123,000 jobs last month. That was offset by a 317,000 increase in private payrolls.

Employment in leisure and hospitality rose by 74,000 in September, but hiring at restaurants and bars changed little for the second straight month. Professional and business services payrolls rose by 60,000 jobs. Retailers hired 56,000 workers, while manufacturing added 26,000 jobs.

September's employment report is the only one available before the Federal Reserve's (Fed) Nov. 2-3 policy meeting. The U.S. central bank signaled last month that it could start tapering its monthly bond-buying as soon as November.

With wages rising, September's meager payroll gains probably will not deter the Fed from scaling back its bond-buying.

The modest gain in jobs could temper expectations for a swift acceleration in economic growth following an apparent sharp slowdown in the third quarter. The labor market and economy remain constrained by worker and raw material shortages caused by the pandemic.

The economy hit a speed bump in the third quarter in part because of the summer flare up in COVID-19 cases, an ebb in the flow of pandemic relief money from the government and scarce raw materials, which have hammered motor vehicle sales.

The Atlanta Fed estimates that gross domestic product (GDP) growth braked to a 1.3% annualized rate in the July-September quarter. The economy grew at a 6.7% pace in the second quarter.

But there is hope. COVID-19 infections are decreasing in the U.S., with 100,815 new infections reported on average each day, according to a Reuters analysis of data from state and local governments, as well as health authorities.

Schools have fully reopened for in-person learning, which is expected to enable more people, particularly women, to rejoin the labor force. In the months ahead, the labor squeeze could ease following the expiration of federal government-funded benefits in early September.

The expanded benefits, which offered unemployment checks to people who did not qualify for the regular state jobless benefits, were blamed by businesses and Republicans for the worker shortage.

There were a record 10.9 million job openings as of the end of July. But many unemployed appeared to have stashed away some of the money from the government, and are therefore in no hurry to start looking for jobs.

The labor force participation rate, or the proportion of working-age Americans who have a job or are looking for one, barely budged even as about 25 states led by Republican governors terminated the expanded benefits in summer.

Some economists say a significant portion of people who dropped out of the labor force have retired, thanks to a strong stock market and record house price gains, which boosted household wealth. Self-employment has also increased.