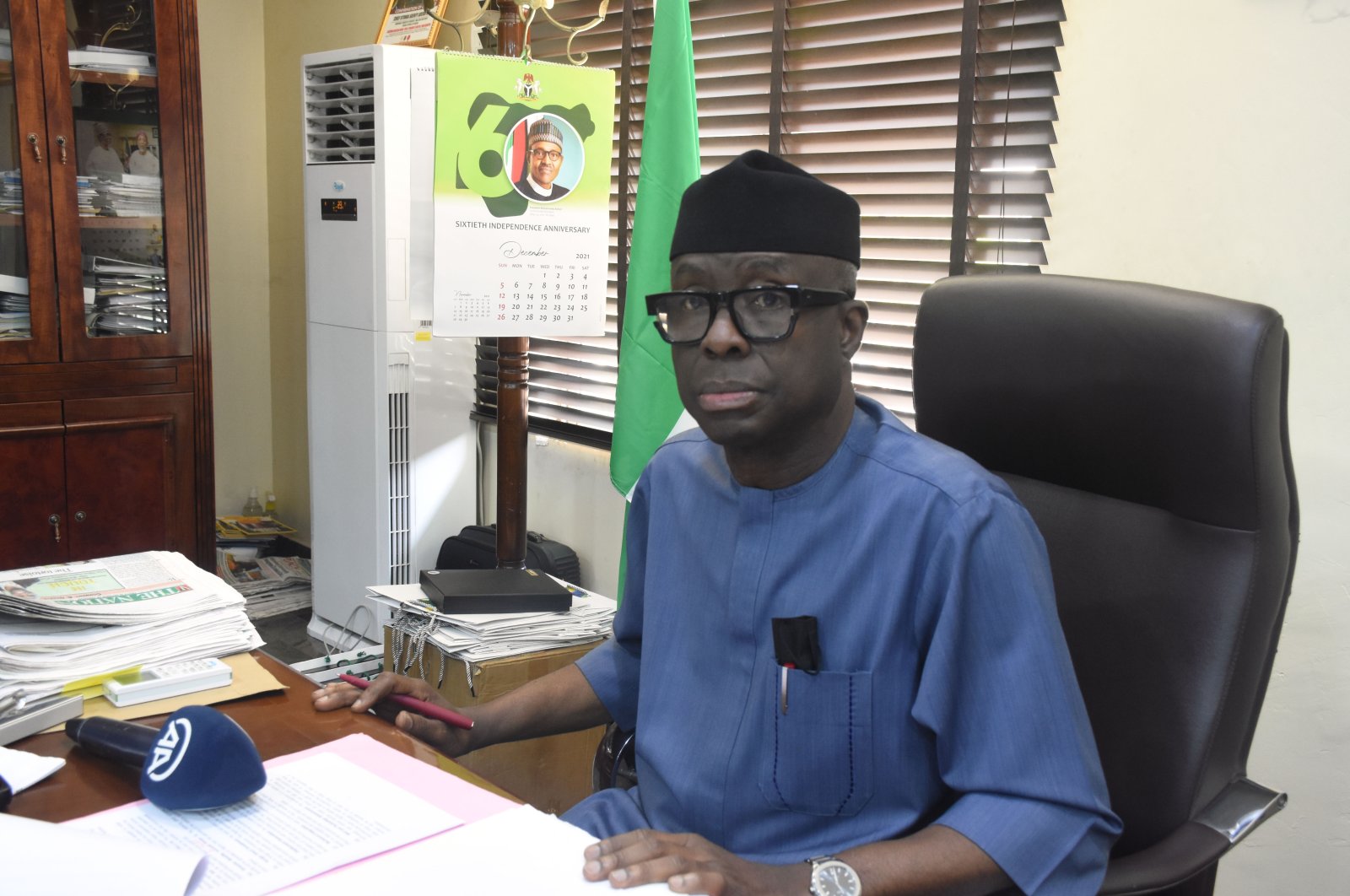 Nigerian businesspeople want to invest in Turkey, have already won the trust of Turkish businesspeople and therefore will be able to “do great things in the country,” according to the African country’s industry, trade and investment minister, Richard Adeniyi Adebayo.

Adebayo made the statements during an interview with Anadolu Agency (AA) on the sidelines of the 3rd Turkey-Africa Partnership Summit, which started Thursday in Istanbul and will continue until Friday at the level of ministers and heads of state.

Pointing to the importance of relations between Turkey and his country, especially in recent years, Adebayo said, “I admire the progress we have made in signing the necessary agreements and consciously establishing links between the businesses of both countries.”

Turkey's investments in Nigeria are definitely beyond the numbers, Adebayo said, adding that efforts are being made to increase the trade volume of the two countries.

Nigeria wants sustainable partnerships that can be implemented quickly, he said.

Stating that Turkey has sufficiently proven that it is "the country dubbed as a strategic partner" with its investments in Nigeria, Adebayo said: “Recently, Turkey-Nigeria relations have made progress in various fields such as agriculture, construction, consumer products, education, oil and natural gas.”

Adebayo underlined that the current economic relations of the two countries have a great potential to improve and that Turkey imports petroleum, liquefied natural gas (LNG) and agricultural products from Nigeria, while Nigeria imports textiles, carpets, agricultural machinery and medical supplies from Turkey.

The Turkish Cooperation and Coordination Agency (TIKA) has chosen Nigeria as the regional coordination center for its technical support in Africa, Adebayo emphasized, adding that Turkey is very active in the education sector through the establishment of various schools, including a university, in Abuja.

Stating that further cooperation can be made in sectors such as oil, natural gas, industry, agriculture and mining to increase the trade volume between Turkey and Nigeria, Adebayo said, “Commercial promotion activities such as business and trade fairs to improve trade and investment relations can create investment opportunities for both countries.”

The African country’s minister said that the recent memorandums of understanding between Turkey and Nigeria in the field of the economy are an indication of progress in commercial activities between the two countries.

Adebayo also offered to establish the Nigeria-Turkey Strategic Business Council, which would include the public and private sectors from both countries, to increase the bilateral trade volume.

Previously, during the Turkey-Africa Economic and Business Forum held in Istanbul in October, it was said that Nigeria’s exchange of goods with Turkey will rise dramatically from its current level of $2 billion (TL 33.76 billion).

It marked the Turkish leader’s second visit to Nigeria since 2016. It is the country Turkey sees as one of the biggest trade partners on the continent.

The common goal is to increase the trade volume to $5 billion, Erdoğan announced during his visit.

Turkey has had ties with Nigeria since it gained independence in 1960, said Adebayo, adding that they have grown closer with the good relationship between Erdoğan and Nigerian President Muhammadu Buhari.

Direct flights have enabled many Nigerians to visit Turkey to shop for the holidays and for medical tourism, he said. The countries will grow closer still, he added.

Ankara has been stressing the desire to advance relations with the continent based on a win-win relationship and equal partnership while observing mutual respect.