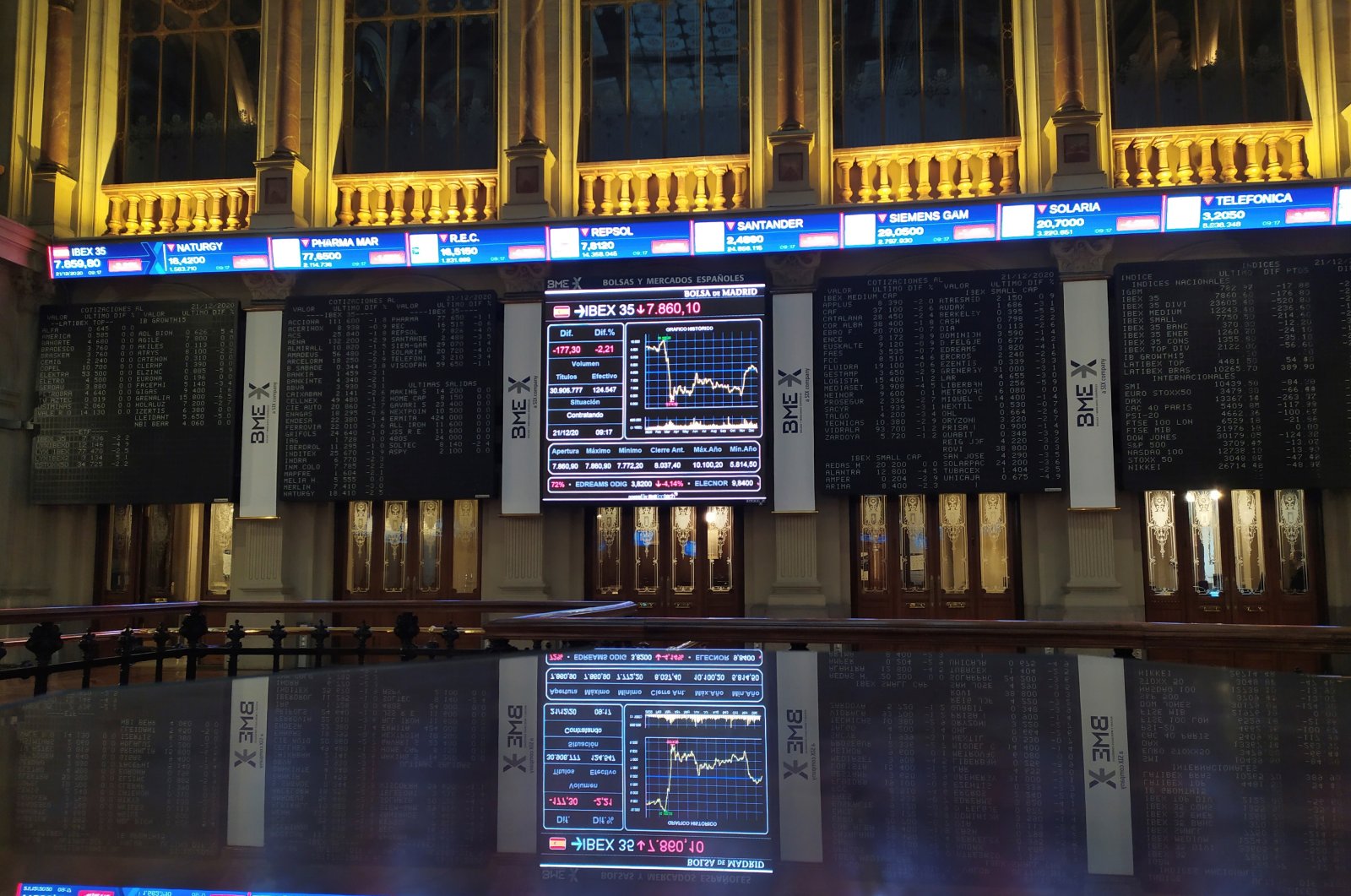 European shares fell 3% on Monday, the dollar strengthened and volatility surged across asset classes as a fast-spreading new coronavirus strain in Britain threatened to torpedo markets' optimism over a vaccine-fueled rebound in economic growth.

The strain, said to be up to 70% more transmissible than the original, has put some 16 million Britons under tougher lockdowns and prompted several countries to shut their borders to the U.K., effectively overshadowing positive U.S. news on a much-needed stimulus bill.

The shutdown of international travel and the flow of freight in and out of Britain threatens chaos for British households and businesses.

Coinciding with the lack of a post-Brexit trade deal ahead of the Dec. 31 deadline, it sent the pound 2.5% lower below $1.32, putting it on track for its biggest daily fall since March.

Losses of more than 3% on U.K. equities were led by bigger tumbles at U.K. banks Lloyds and Barclays which were both down more than 6% at one stage.

European equities fell around 3%, travel and leisure stocks lost around 5%.

“Our main concern for the next few months in Europe would be that the U.K. (COVID-19) variant is already out of control on the continent, which would add to the pressure on the healthcare systems, forcing even stricter lockdowns at a growing economic cost,” Gilles Moec, chief economist at AXA Investment Managers, told clients.

The market losses triggered across-the-board increases in volatility, a measure of price swings on an asset class, with Wall Street’s “fear gauge,” the VIX, up almost 40% on the day at the highest since early November.

Futures for the S&P 500 fell 2.5% while Nasdaq futures were down almost 1%, having opened firmer when U.S. Senate majority leader Mitch McConnell confirmed congressional leaders had agreed to a roughly $900 billion COVID-19 relief bill.

While safe-haven assets such as German and U.S. government bonds rallied, gold, which usually rises during times of turmoil, reversed earlier gains to fall 0.6% to $1,868.

Its weakness on a day of a big equity selloff will rekindle memories of the market slump of March when investors sold assets en masse in a rush for the dollar.

The U.S. two-year/10-year Treasury yield curve, another gauge of growth expectations, flattened a touch. It had risen to its steepest level in almost three years on Friday amid optimism about the stimulus bill.

The turmoil may also upend bullish bets on commodities such as oil and copper which were expected to benefit from a growth upswing next year.

Brent crude futures dropped more than 3% while copper, a key economic growth barometer, fell off the $8,000-per-ton mark it recently scaled for the first time since 2013.

“The message is clear: oil prices are still very much and will continue to be at the mercy of the pandemic,” said Stephen Brennock of oil broker PVM.