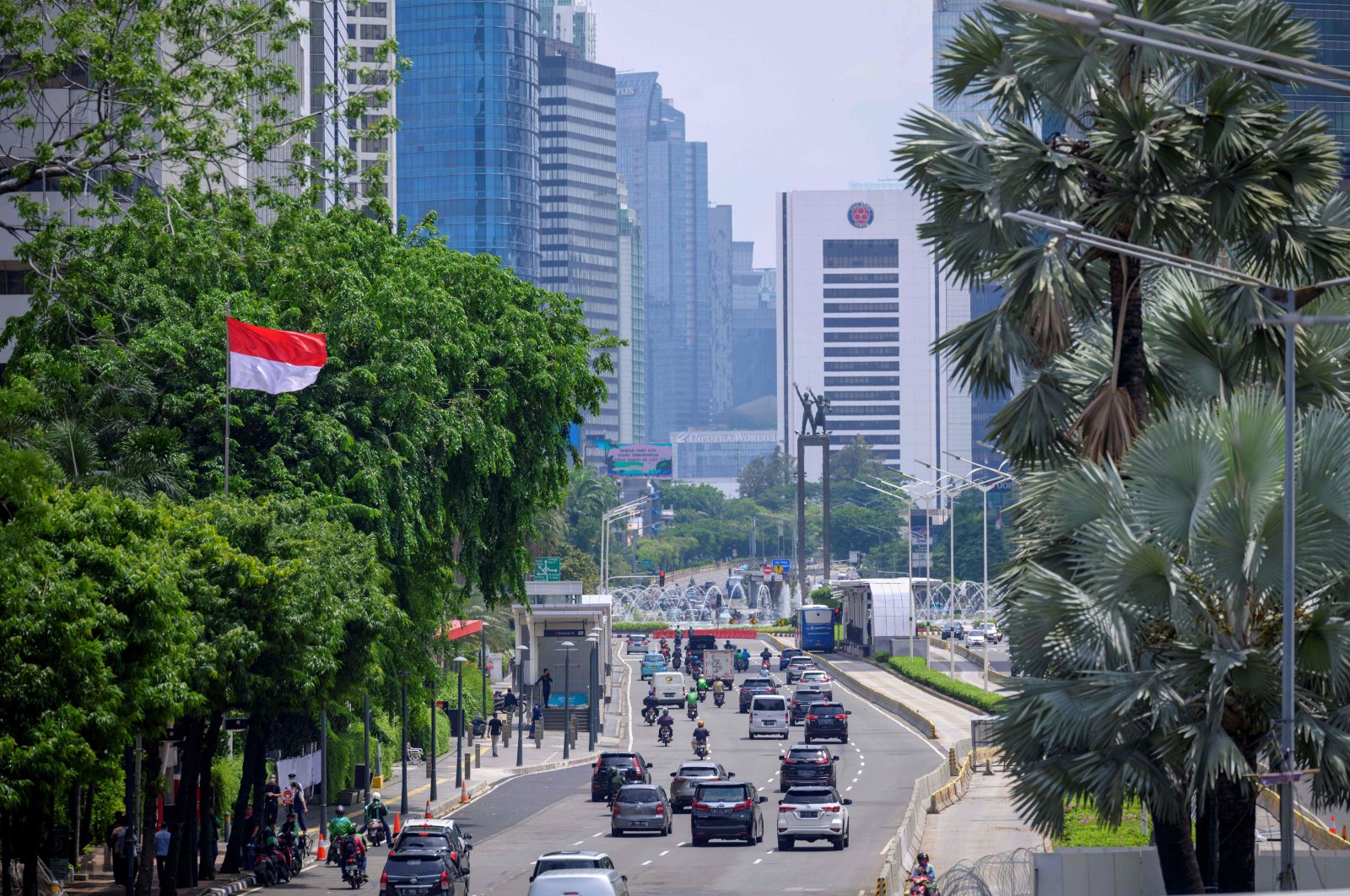 Vehicles seen during a light traffic along a main road after months of the government's policy implementing work from home, Jakarta, Indonesia, Oct. 30, 2020. (AFP Photo)
by ASSOCIATED PRESS Nov 05, 2020 11:13 am
RECOMMENDED

Indonesia’s economy has fallen into recession for the first time since the Asian financial crisis more than two decades ago as the country struggles to control the coronavirus pandemic.

The economy shrank at a 5.32% pace in the previous quarter and grew 2.9% in January-March, its slowest rate in almost two decades.

Indonesia has reported nearly 422,000 confirmed cases of COVID-19, the largest in Southeast Asia and second in Asia only to India’s 8.3 million confirmed cases.

Air and train travel plunged as the pandemic prompted authorities to suspend nonessential services and close many offices to stem the spread of infections, said Suhariyanto, the agency head. He uses a single name.

Suhariyanto told a news conference in the capital, Jakarta, that the logistics and hospitality sectors also fell sharply as people stayed home and dined in.

A technical recession is defined as two straight quarters of contraction. Much of the region is in recession, with air travel nearly paralyzed due to border controls and other restrictions. Indonesia's last recession was in 1997. It helped to hasten the ouster of dictator Suharto a year later.

President Joko Widodo's administration has sought to prop up the economy by easing taxes and spending more on social support and public health.

The government approved a relief package worth 677.2 trillion rupiah ($47.9 billion) in June to revive the virus-battered economy. That was bigger than the 641.17 trillion rupiah initially allocated in late April, but slow disbursement and outbreaks of the coronavirus are hindering a recovery.

Indonesia had reported more than 14,000 deaths from the coronavirus as of Wednesday and has been adding 3,000-4,000 cases daily since mid-September.

United Nations agencies and other groups have warned that job losses and other shocks from the pandemic threaten to undo decades of progress in alleviating poverty in countries like Indonesia.