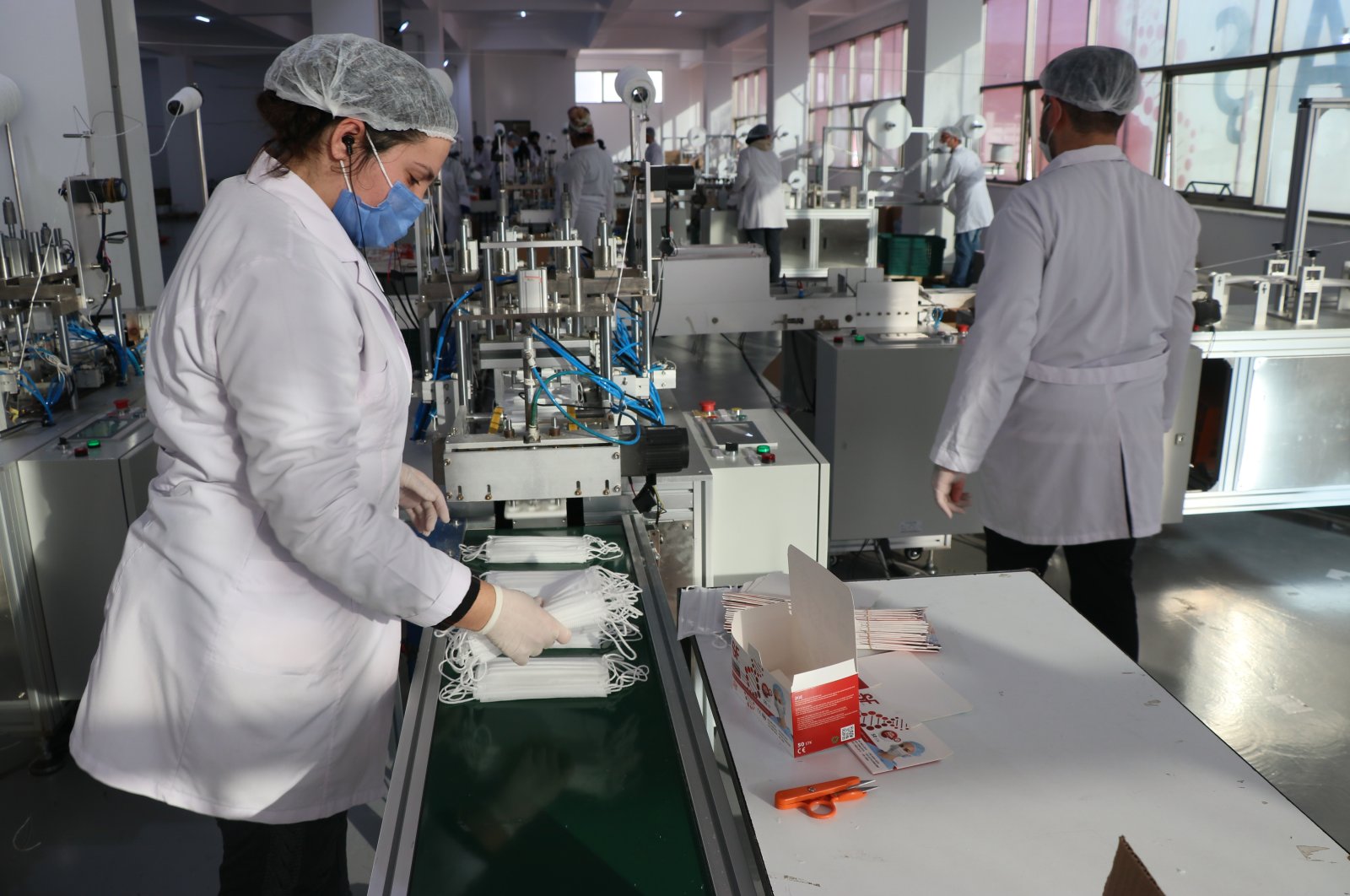 Foreign sales of the products hit over $1 billion (TL 7.8 billion) in the first 10 months of the year, up from only $50 million a year earlier, the Turkish Exporters' Assembly (TIM) data showed.

Turkish textile manufacturers are said to have adapted rapidly to the pandemic and boosted their capacities to meet the ever-increasing demand.

"We have an average monthly export of almost $100 million. We anticipate it will continue at this level. The market has now settled down," said Burak Sertbaş, chairperson of the Aegean Ready-To-Wear Clothing and Apparel Exporters' Association.

Medical textile goods worth $95 million were exported in October alone, he added.

Sales were made to 167 countries, with Germany topping the list by receiving $165 million worth of Turkish goods in the January-October period.

The U.S. came in second with $160 million, followed by the U.K. and the Netherlands with $104 million each, the data showed.

Among others, Spain received around $49.5 million worth of Turkish medical textile goods. Sales to Italy, France, Canada, Romania and Qatar amounted to some $44.5 million, $39 million, $38.8 million, $36.9 million and $28.3 million, respectively.

TIM Chairperson Ismail Gülle last week said the sales of ventilators surged 565% year-on-year to $5.6 million in October, up from just $835,000 a year earlier.

Sertbaş added that the Aegean Exporters' Association (EIB) made $73 million worth of sales of medical textile products in the 10-month period.

The export figure included $55 million worth of surgical gowns and medical masks worth $8 million, he noted.

Sertbaş also pointed to the lack of new orders in the ready-to-wear sector due to COVID-19 concerns.

"There are no sharp cancellations like in March, but no new orders either. We will take orders based on the condition of the outbreak. We will do well by the end of December," he said.

"If the outbreak continues at the start of the new year and the closures begin, we will have a problem," he said.

A firm from the western province of Izmir that manufactures military camouflage products shifted to the production of masks during the pandemic.

"We export to about 30 countries such as Germany, the Netherlands and Denmark. Normally, China was the world's largest producer. European countries, in particular, do not lean toward the masks produced in China. Thus, we have reached the current position where we (Turkey) meet almost 45% of Europe's mask needs," Gençay said.

The second wave of the pandemic has brought a peak in the demand, he noted.