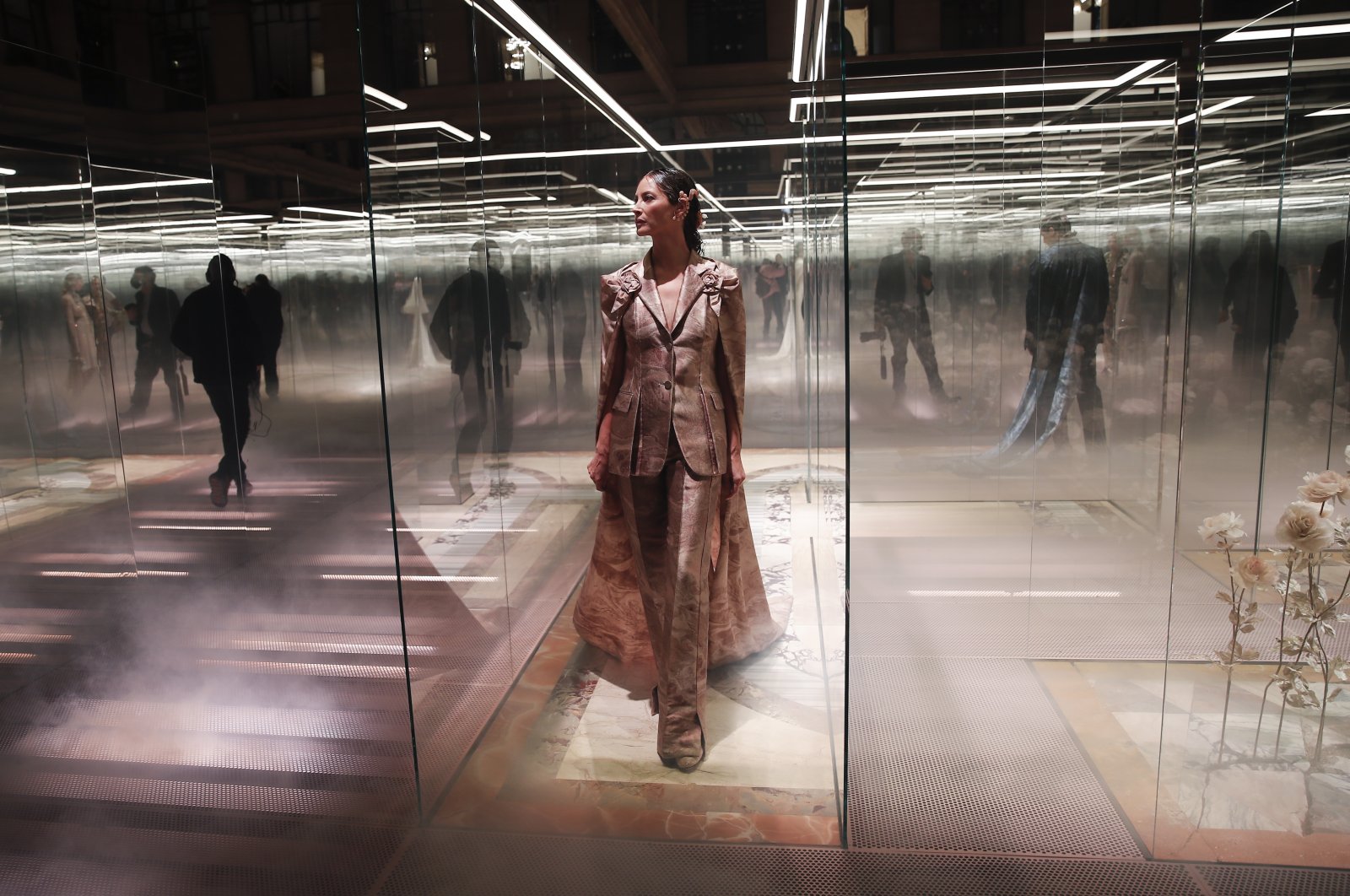 The fashion sector received its share of suffering due to the COVID-19 pandemic, as well as tearing a multibillion-dollar bite out of the fabric industry in Europe, it brought runway shows to a standstill and forced brands to exhibit their designs digitally instead.

Now, amid hopes of a return to near-normality by the year’s end, the industry is asking what fashion will look like as it dusts itself off and struggles to its well-heeled feet again.

Answers vary. Some think the Fashion Week format, in use since the 1940s, will be radically rethought. Others believe Asia will consolidate its huge gains in influence. Many see brands seeking greater sustainability to court a younger clientele.

“The impact of the pandemic will be unquestionably to increase the importance and influence of Asia on fashion,” said Gildas Minvielle, economist at the Institut Francais de la Mode in Paris.

“Luxury in Europe has already rebounded but it’s only because it’s globalized, only because of Asian buyers," Minvielle said. "They spent on European brands.”

Asian buyers are still considered a largely untapped market, yet their wealth has recently tipped over that of Westerners. China, in particular, was already considered the worldwide engine of growth in the luxury industry before the pandemic. Its quicker containment of the virus will leave it in an even stronger position.

“In the next 50 years money will come from the East as it has been (coming) in the last 50 years from the West,” said Long Nguyen, chief fashion critic of The Impression.

This could see a designer aesthetic that panders more to Chinese tastes.

Another trend that has been strengthened during the pandemic is the decision to forgo the frenetic pace of runway calendar shows.

As the virus tore across the globe from East to West, the shows morphed overnight from a live, in-person, sensory experience to a pre-taped digital display released online. Many predicted devastations for the industry, but houses have proved surprisingly resilient. That is because the system was already overdue a shift.

Since the advent of social media, brands have become much less reliant on traditional advertising outlets such as fashion magazines. Now, they create their own online channels, circumventing the glossies, to get their designs out.

“Each brand is a media entity unto itself,” Nguyen said, calling the way the industry operates “obsolete.”

Moreover, as buyers themselves move online, houses have necessarily become much less dependent on traditional sales outlets such as department stores.

Some houses have done better than expected with the new digital format. Smaller brands, in particular, have welcomed the break from staging runway shows that can be astronomically expensive – for relatively little return.

Paris couture designer Julien Fournie said the virus has led him to question “whether fashion shows were really necessary” in the first place.

The virus saw many brands, including Balenciaga, Alexander McQueen and Bottega Veneta of French luxury giant Kering, tearing up the traditional calendar to show their new collections when it suits them – both creatively and financially. Saint Laurent started the trend last year, drawing headlines for quitting Paris Fashion Week to “take control of its pace.”

The advantage for these brands is to set dates on their own terms, with collections that do not compete with others for attention at the same time. Yet many nostalgic critics, buyers and consumers argue that nothing can replace the physical runway experience.

“Brands have been deciding more and more when their optimal time to show is ... They want to control their business more and that is their right,” Pascal Morand, Paris fashion federation Executive President.

“But this is not the end to Fashion Week. No matter what people say they are all awaiting a return to the runway and to come back to the physical experience.”

Stella McCartney, who unveiled her fall collection off-schedule, last month, said that the industry has been seriously questioning the relevance of seasons “even before COVID-19,” as climate change has sadly highlighted how absurd it is.

“There was a moment at the beginning of lockdown – in the sky there were no airplanes, you could hear birds," McCartney said. "Everyone was talking about nature reclaiming its rightful place,” she added, expressing frustration with the industry’s lifestyle that requires thousands of kilometers of travel per year.

McCartney said that across the industry now there is a sense that brands must embrace sustainability “in order to survive,” especially to attract the young, more environmentally conscious consumer.

One example of such eco-thinking is in reducing waste in collections. Luxury giants have been criticized in the past for burning unused or unsold luxury goods.

And McCartney also doesn’t seem to think that this will be the end of the runway show.

“I don’t think we will throw away where we are today and I don’t think we’ll dismiss where we were yesterday," she said. "It took me a while, but I miss the energy at the end of the show, the engagement with my community, I miss seeing clothes in real life and moving, expressions of the models, the sound. That is the art.”