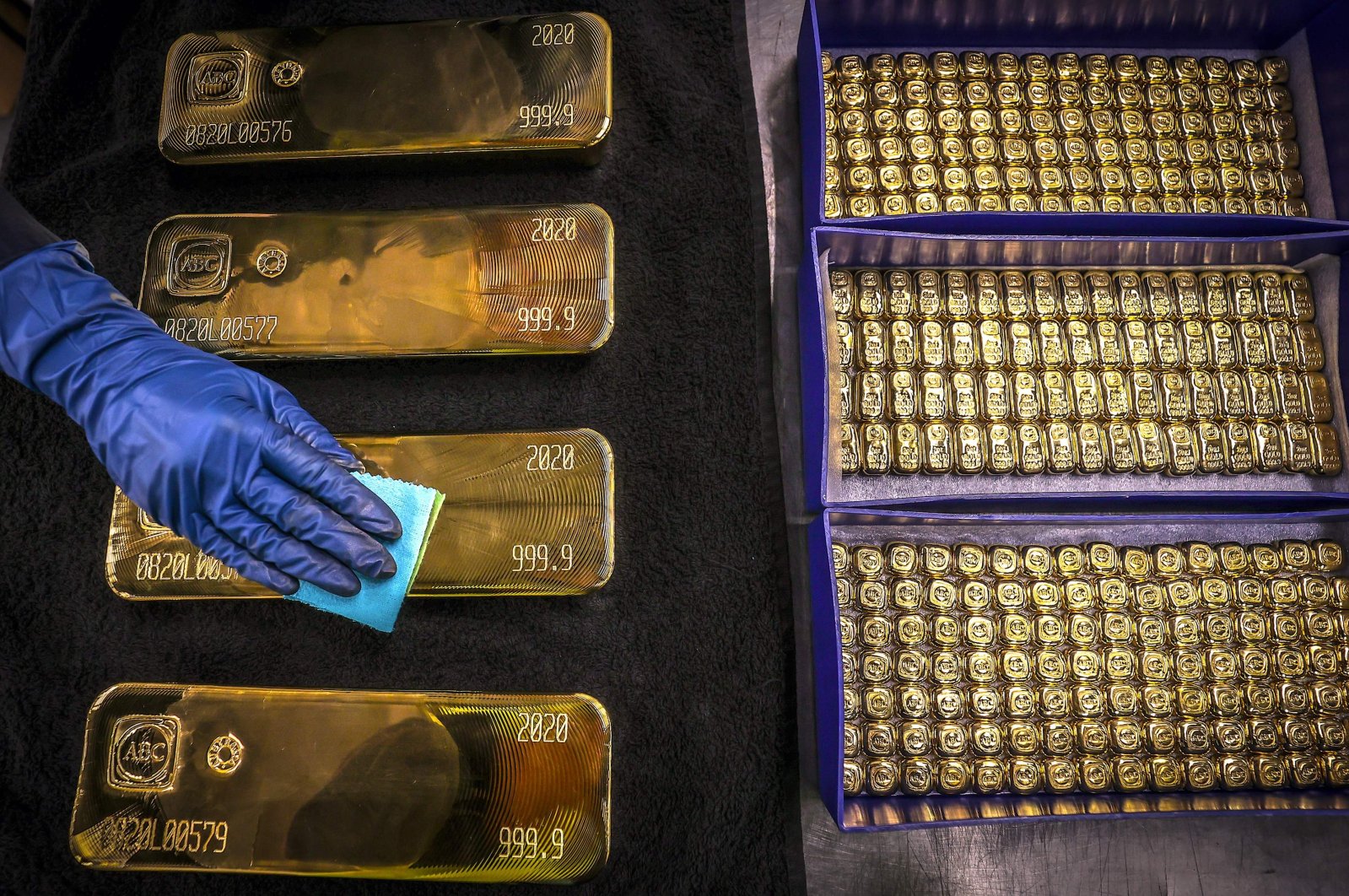 Gold jumped to a record high on Wednesday, pushing further past $2,000 in the face of a weak dollar, falling U.S. Treasury yields and expectations of more stimulus measures for the pandemic-ravaged global economy.

European stocks rallied thanks to a batch of positive earnings. So did U.S. equity futures, indicating a firm open for Wall Street. MSCI’s broadest index of Asia Pacific shares outside Japan hit a 6.5-month peak, though the blue-chip Nikkei dipped.

But it was the relentless rally in gold that held the spotlight as prices hit a record around $2,044 per ounce.

The precious metal, which has soared more than 30% this year, is benefiting from heightened uncertainty around the long-term effects of the global health crisis.

Weakness in the dollar, which fell back towards recent two-year lows, and falling U.S. yields have encouraged investors to look for an alternative store of value-boosting the appeal of gold.

“What we’re seeing at the moment with the dollar, bond yields and gold are macro trades of concern – not just about the coronavirus but also about the fiscal cliff in the U.S.,” said Seema Shah, chief strategist at Principal Global Investors in London.

“There are real concerns that without a (U.S. stimulus) deal, we will be looking at a very tough fourth quarter for the U.S. economy and therefore the global economy.”

White House negotiators on Tuesday vowed to work "around the clock" with congressional Democrats to try to reach a deal on coronavirus relief by the end of this week, as the pandemic takes a heavy toll on American life.

The global death toll from the coronavirus surpassed 700,000 on Wednesday, according to a Reuters tally, with the United States, Brazil, India and Mexico leading the rise in fatalities.

This backdrop has boosted expectations for more stimulus, with the president of the U.S. Federal Reserve (Fed) Bank of San Francisco saying on Tuesday that the U.S. economy will need more support than initially thought.

Concern about the U.S. economy as confidence in Europe’s outlook grows sparked fresh falls in the dollar.

That left the dollar index pushing back towards last week's two-year low of 92.53.

"The ongoing fall in U.S. real yields is helping to lift the price of gold and weakening the U.S. dollar," said Lee Hardman, currency analyst at MUFG, adding that the bank had lowered its forecasts for the dollar on the assumption that the Fed would loosen policy further this year.

U.S. Treasury yields edged higher but kept their lows in sight. Five-year Treasury yield hit a record low on Tuesday and the benchmark 10-year yield fell to a five-month low at around 0.51%.