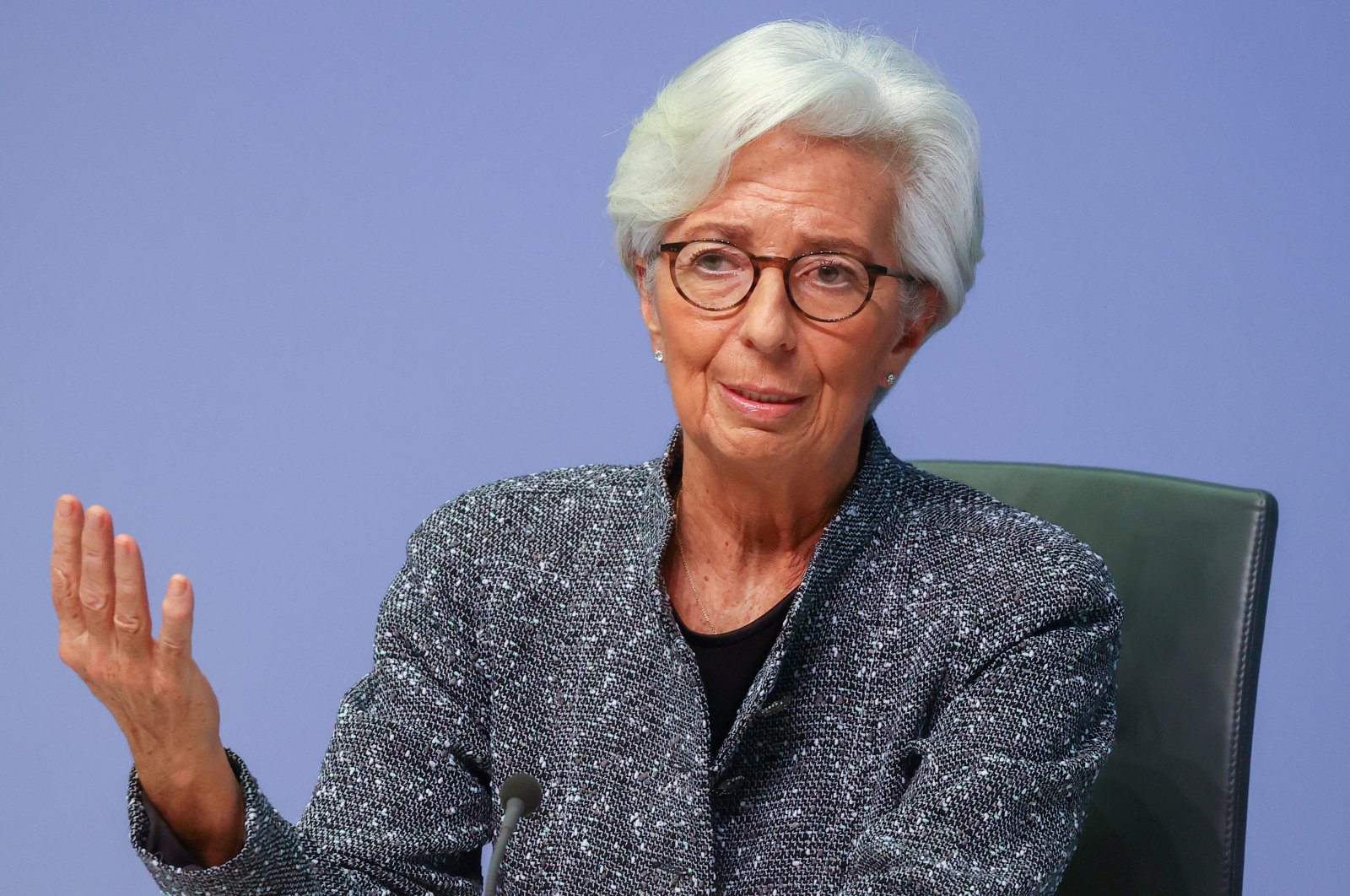 European Central Bank (ECB) President Christine Lagarde gestures as she addresses a news conference on the outcome of the meeting of the Governing Council, in Frankfurt, Germany, March 12, 2020. (Reuters Photo)
by Agencies Oct 19, 2020 12:53 pm
RECOMMENDED

The head of the European Central Bank (ECB) has said the economic recovery from the coronavirus pandemic “risks losing momentum” due to a second wave of infections and that more stimulus could be added if necessary.

“The second wave of the pandemic in Europe, notably in France, and the resulting new restrictions are adding to the uncertainty and weighing on the recovery,” Christine Lagarde said in an interview with the French newspaper Le Monde that was published on the central bank's website.

“Since the rebound we saw over the summer, the recovery has been uneven, uncertain and incomplete and now risks losing momentum,” she said, adding that “the options in our toolbox have not been exhausted. If more has to be done, we will do more.”

The ECB is already supporting the economy with a pandemic emergency program of bond purchases that are pumping 1.35 trillion euros ($1.58 trillion) in newly created money into the economy, a step that lowers market borrowing costs and helps keep credit flowing to businesses.

Europe must distribute its 750 billion-euro recovery fund for the pandemic-hit economy promptly and should debate creating a permanent fiscal tool for the bloc, Lagarde said.

European leaders have been at odds over the details of a multiyear grant and loan scheme called Next Generation EU, raising the risk that cash would not start reaching the hardest-hit nations on time.

"The commission's aim is to be able to distribute these funds at the beginning of 2021, and this timeline must be kept," Lagarde was quoted as saying. "We also need rapid progress on the political side, in particular the adoption of the measures by national parliaments."

Lagarde added that funds must be targeted; otherwise, they get lost in the "administrative labyrinth," failing to support the real economy's transformation in the post-pandemic world.

She also said that European leaders should consider making the recovery fund permanent, a taboo in some more conservative countries and should also discuss setting up a permanent budget for the eurozone.

"We think it's essential that the fiscal safety nets that governments put in place during this crisis are not withdrawn too soon," Lagarde said.

On monetary policy Lagarde largely repeated the ECB's standard guidance, saying that the bank's toolbox is far from exhausted and policymakers will add to the stimulus, if necessary.

Analysts think the bank may eventually add more stimulus due to weak inflation and slowing growth because of the upsurge in infections and to help deal with any new restrictions on travel and activity that may be imposed by governments to slow the spread.

The bank will hold its next policy meetings on Oct. 29 and Dec. 10 but can act at any time. The bank foresees the eurozone economy shrinking by a total of 8% this year due to a sharp plunge during the worst of the lockdowns in March and April, followed by a recovery Lagarde describes as “uneven, uncertain and incomplete.”

Low inflation is one reason analysts who follow the bank think more stimulus is on the way. Annual inflation was minus 0.3% in the 19-country eurozone in September, down from minus 0.2% in August. While the negative figure has been influenced by one-time factors such as a cut in the value-added tax in Germany, weak inflation also can be a sign of an underperforming economy. The ECB's goal is below but close to 2%.

In addition to the bond purchases, the ECB has held its interest rate benchmarks at record lows. Its rate for short-term lending to banks is zero; for deposits left overnight from banks, the rate is negative 0.5%. The negative rate means banks pay a penalty for leaving money at the central bank instead of lending it to business.

The ECB's steps are credited with helping keep the coronavirus outbreak from turning into a crisis for financial markets. The stimulus has helped keep borrowing costs affordable for businesses and governments, supporting economic activity and keeping at bay fears of a financial meltdown like the one that threatened to break up the euro currency union from 2010-2015.