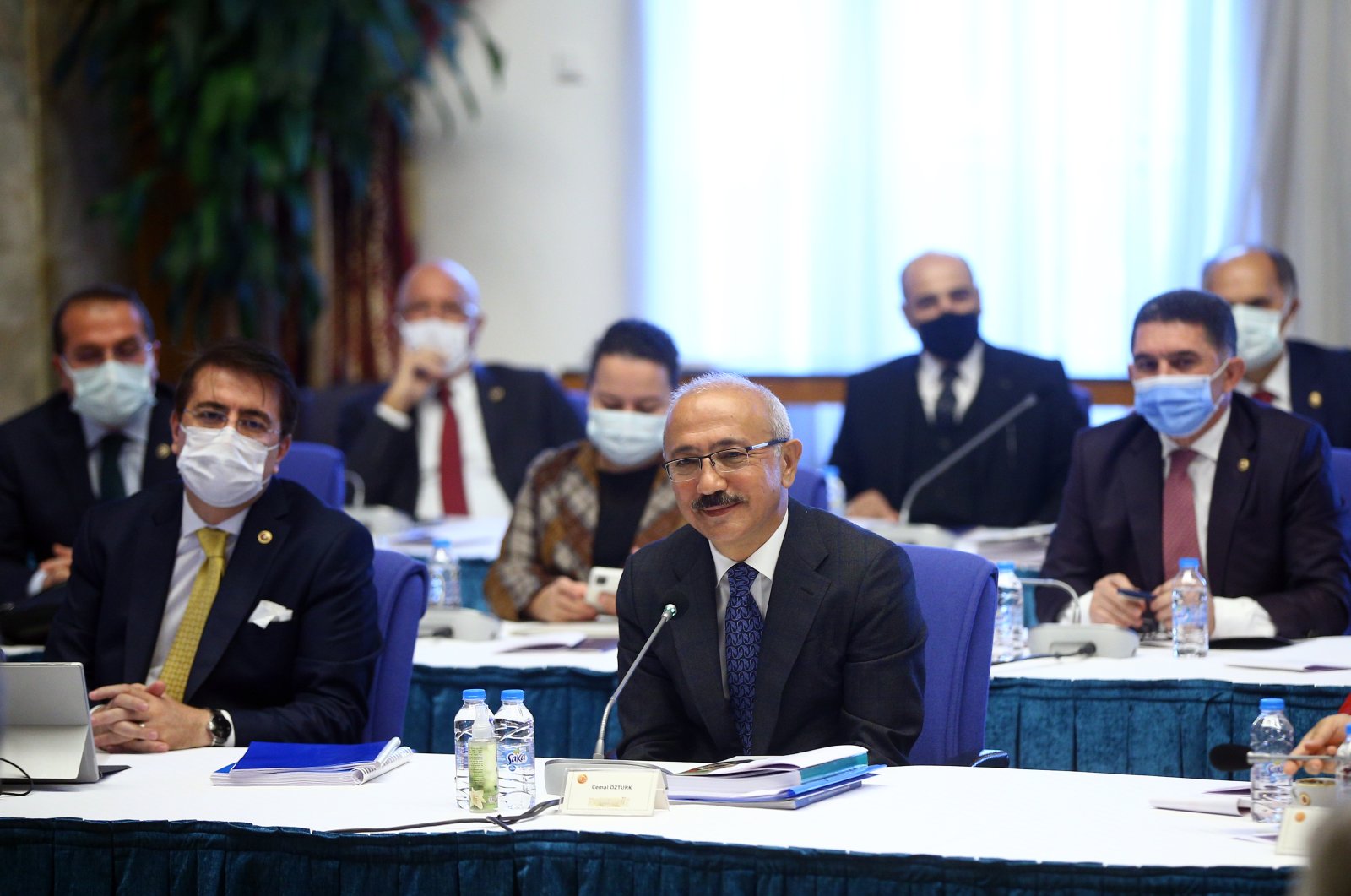 The recovery trend in consumption, investment and exports is expected to help the Turkish economy achieve 0.3% growth in 2020, the country’s treasury and finance minister said Tuesday.

“In the coming period, we will enter a period of recovery in which the effects of the global epidemic will decrease and new opportunities will be created,” Lütfi Elvan said

Elvan was speaking at a meeting of the Parliament’s Planning and Budget Commission regarding the government’s budget for next year.

Under former Treasury and Finance Minister Berat Albayrak, who recently resigned citing health concerns, Ankara had also forecast 0.3% growth this year in its medium-term economic program, estimating a 1.5% contraction under a worst-case scenario.

The country’s gross domestic product (GDP) in the April-June period shrank 9.9% from a year earlier after it had grown 4.5% in the previous three months, according to Turkish Statistical Institute (TurkStat) data. The GDP grew 0.9% in 2019.

The recovery trend in the economic activity observed in the second half of this year is expected to continue in 2021, Elvan noted, and the growth is expected to be around 5.8% next year, showing a balanced outlook based on both domestic and foreign demand.

He suggested the country would enter a balanced growth period in 2022 and 2023 with a growth backed by exports and a further pick up in the domestic and international demand.

“Turkey’s growth process will be designed and controlled in a way that does not contradict our fight for macroeconomic stability and against inflation,” he added.

The country’s exports have increased by 33.9% in the third quarter compared with a quarter earlier with the impact of the normalization process, the minister said.

Exports posted an all-time high of $17.3 billion in October, according to official data, a 5.6% increase year-on-year.

The exports-to-imports coverage ratio surged to 87.9% in the month, Elvan said, adding that excluding gold, this ratio reached 95.3%.

Elvan stressed that the country will provide price stability, protect fiscal discipline, increase coordination between monetary and fiscal policies, enhance the investment climate and focus on a production-based income model while generating social and economic transformation programs to reduce the negative effects of the pandemic.

His remarks follow President Recep Tayyip Erdoğan’s pledges last week as he announced a series of new economic plans that will enable an improved investment climate for foreign investors backed by an efficient judicial system.

The pledges came after former Deputy Prime Minister Elvan was named finance minister last week and former Finance Minister Naci Ağbal was named the governor of the Central Bank of the Republic of Turkey (CBRT).

The country’s consumer price index increased to 11.89% in October, up from 11.75% in September, according to official data. Month-on-month, inflation surged 2.13%.

“Reducing inflation to permanently low single-digit levels is one of our main goals. With this policy framework, inflation is expected to fall to 5% in 2023,” Elvan noted.

The CBRT last month raised its 2020 inflation forecast to 12.1%, up from a previous forecast of 8.9%, and Ağbal in his first public comments last week said the bank’s main goal is to achieve and maintain price stability, and it will "decisively" use all policy tools in pursuit of this aim.

Erdoğan last week stressed that the central bank had a duty to determine policies for price stability and believed the new governor will use tools transparently in line with the economy’s main goals.

“Turkey will implement bitter pill policies if needed,” he said.

Noting the policies that countries have implemented to limit the impact of the pandemic on their economies, Elvan said that due to large-scale financial support packages, the budget deficit and debt stock around the world are on an increasing trend in 2020.

The country’s medium-term program had also forecast a budget deficit of 4.9% of GDP this year, but Elvan said it is expected to be less than that level.

“In our country, the ratio of the budget deficit and debt stock to national income is expected to remain well below the developing country average and come in at 4.9% and 41.1%, respectively,” the minister noted.

In addition, Elvan said the recovery process in the economy, incentives to support employment growth and structural reforms will lead to a gradual improvement in the unemployment rate.

He said the rate is expected to decline to 10.9% at the end of the new economic program period, announced at the end of September.

The rate came in at 13.2% in August with a decrease of 0.8 percentage points year-on-year, according to official data.

The new economic program targets an unemployment rate of 13.8% this year and 12.9% for next year.

Elvan also said that Ankara will implement structural reforms to improve the investment climate for international and domestic entrepreneurs.

“Turkey's risk premium will be reduced through economic policies that will be implemented in a transparent, predictable and stable manner,” he noted.

In order to address the negative effects of the pandemic, the minister said, the government postponed TL 29.4 billion worth of tax payments and TL 40 billion of social security premiums.