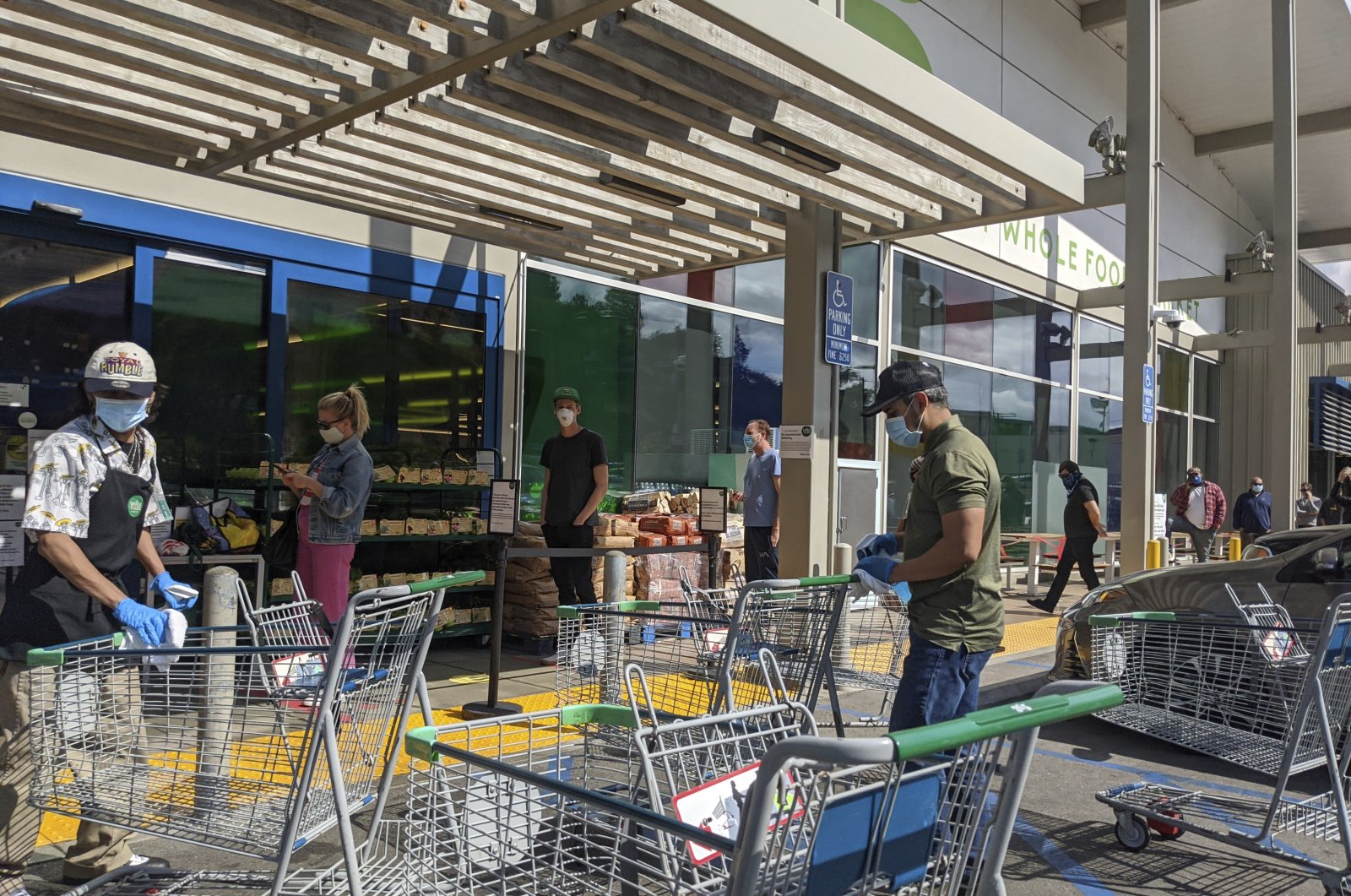 The United States job market's recovery took a pause in April as many businesses, including restaurants, hotels, factories and construction companies, all struggled to find enough workers to catch up with a rapidly strengthening economic rebound.

Employers added just 266,000 jobs in April, sharply lower than in March and far fewer than economists had expected. With viral cases declining and states and localities easing restrictions, the recovery from the pandemic recession has been so fast that many businesses have been caught flat-footed in the face of surging consumer demand.

Last month’s hiring slowdown appears to reflect a host of factors. Nearly 3 million people are reluctant to look for work because they fear catching the virus, according to government surveys. More women also dropped out of the workforce last month, likely to care for children, after many of them had returned in the previous two months.

In addition, construction companies and manufacturers, especially automakers, have been left short of parts as a result of clogged supply chains and have had to slow production for now. Both sectors pulled back on hiring in April. And some businesses say they believe that a $300-a-week jobless benefit, paid for by the federal government, is discouraging some of the unemployed from taking new jobs.

Still, companies have added jobs for four straight months, the Labor Department said Friday, though the government lowered its estimate of job growth for February and March by a combined 78,000.

The resumption of hiring has encouraged some Americans to start looking for jobs, which means they are newly counted as unemployed if they do not immediately find work. This is what happened in April when the unemployment rate ticked up from 6% to 6.1%.

Employers are now posting far more jobs than they did before the pandemic, and “help wanted” signs dot many restaurant windows. Other telltale signs of labor shortages have emerged as well. Average hourly pay rose 0.7% in April to $30.17, which the government said suggests that the fast reopening of the economy “may have put upward pressure on wages.” The average workweek also rose, evidence that companies are asking current employees to work more

“Demand is outpacing supply,” said Daniel Zhao, senior economist at Glassdoor, a job listings website. “That’s something that is occurring across the economy, in semiconductors to lumber, and we’re seeing a similar crunch in the labor market.”

Steven Tamasi, CEO of Boston Centerless, which makes parts for medical device makers and aerospace companies, said his clients in January had said they thought it would take nine months to return to pre-pandemic sales levels.

“Well, it only took three months,” he said. “It happened so fast, people were caught off guard.”

Tamasi wants to hire 10 workers to add to his staff of about 114, which would give him a larger workforce than he had before the pandemic. He is quickly dusting off old contacts at state labor agencies and community colleges. But some candidates disappear after an interview or even after accepting a job, likely because they have been hired elsewhere. He is considering raising entry-level pay and accelerating pay raises for new workers to attract more applicants.

The drop in hiring suggests that the Federal Reserve is still months away from slowing its purchases of Treasurys and other bonds, which are intended to keep long-term interest rates low. Chair Jerome Powell has said that it would take “a string” of reports like the one for March to show that the economy was on track for a full recovery. Fed officials have signaled that they don’t intend to raise their short-term benchmark rate until after 2023.

The extra $300 a week in federal unemployment benefits come on top of state payments that average about $320. The combined benefits mean that anyone earning less than $32,000 a year can receive more income from unemployment aid than from their previous jobs, according to economists at Bank of America.

Marie M., who asked that her full name not be used so her comments would not affect her job prospects, said she was juggling shifts at two separate restaurants in Los Angeles in the fall of 2019. When the pandemic hit, she lost both of those jobs.

She collected around $30,000 in unemployment last year, about the same amount she made working in 2019. In July, she plans to start looking for restaurant work again. But this time, she feels more confident she will get the hours she needs. Restaurants are already reaching out to her about jobs, so she can afford to be more selective.

“Unemployment benefits have been like collective bargaining,” she said. “They made a union out of all of us.”

Optimism about the economic recovery is growing. Many Americans are flush with cash after having received $1,400 federal relief checks, along with savings they have built up after cutting back on travel, entertainment and dining out over the past year. Millions of consumers have begun spending their extra cash on restaurant meals, airline tickets, road trips and new cars and homes.

Most economists expect job growth to strengthen as more vaccinations are administered and trillions in government aid spread through the economy. Even if another uptick in COVID-19 cases were to occur, analysts do not expect most states and cities to reimpose tough business restrictions.

From month to month, though, the gains in the job market could prove choppy, as Friday’s jobs report suggested.

The job losses by industry suggest the economy is starting to rotate out of a pandemic economy. Transportation and warehousing, which had hired rapidly in the past year amid a burst of e-commerce, cut 74,000 jobs. Temporary workers, which are often added when companies are unsure of the future, dropped by more than 111,000.

By contrast, restaurants, hotels and entertainment venues – businesses that have complained the loudest about a shortage of workers – added 331,000 jobs in April, even more than their 206,000 increase in March.

But other industries that are also facing worker shortages cut back. Construction companies added no jobs in April after having added 97,000 in March. Manufacturing lost 18,000 positions after hiring 54,000 the previous month.

As Americans release pent-up demand for entertainment, business is soaring at amusement parks and other venues. Tuesday, at the Great Wolf Lodge in Williamsburg, Virginia, customers for the indoor water park and hotel were plentiful. Yet job-seekers for the company’s hiring open house were relatively scarce.

Nick Licastro, general manager for the lodge, said customer demand is running higher than the company can accommodate because it’s still limited to roughly 50% of its capacity by state rules. He said he expects business to return to pre-pandemic levels by summer if capacity restraints are lifted.

Licastro would like to hire about 100 workers – lifeguards, kitchen workers, hotel cleaners and others – to meet that demand. For now, the company has about 400 on staff, most of whom it recalled after it was allowed to reopen in September. The company had about two dozen interviews scheduled for Tuesday, along with some walk-ins.

“We’d love to have more, if you know of any,” Licastro said. “It’s becoming an increasingly more competitive market.”

Other nearby entertainment venues are also staffing up for summer, including Busch Gardens, Kings Dominion and Colonial Williamsburg. Nationwide, Great Wolf wants to hire 2,000 employees across 16 locations.

David Earl, who worked at Great Wolf for three years until he left to focus on his college classes just before the pandemic, was among those applying for a job Tuesday. For now, Earl, who is 27, is working at a grocery store chain but said Great Wolf pays more. He tells friends that Great Wolf is hiring, but some are still fearful about catching the coronavirus and are reluctant to apply.