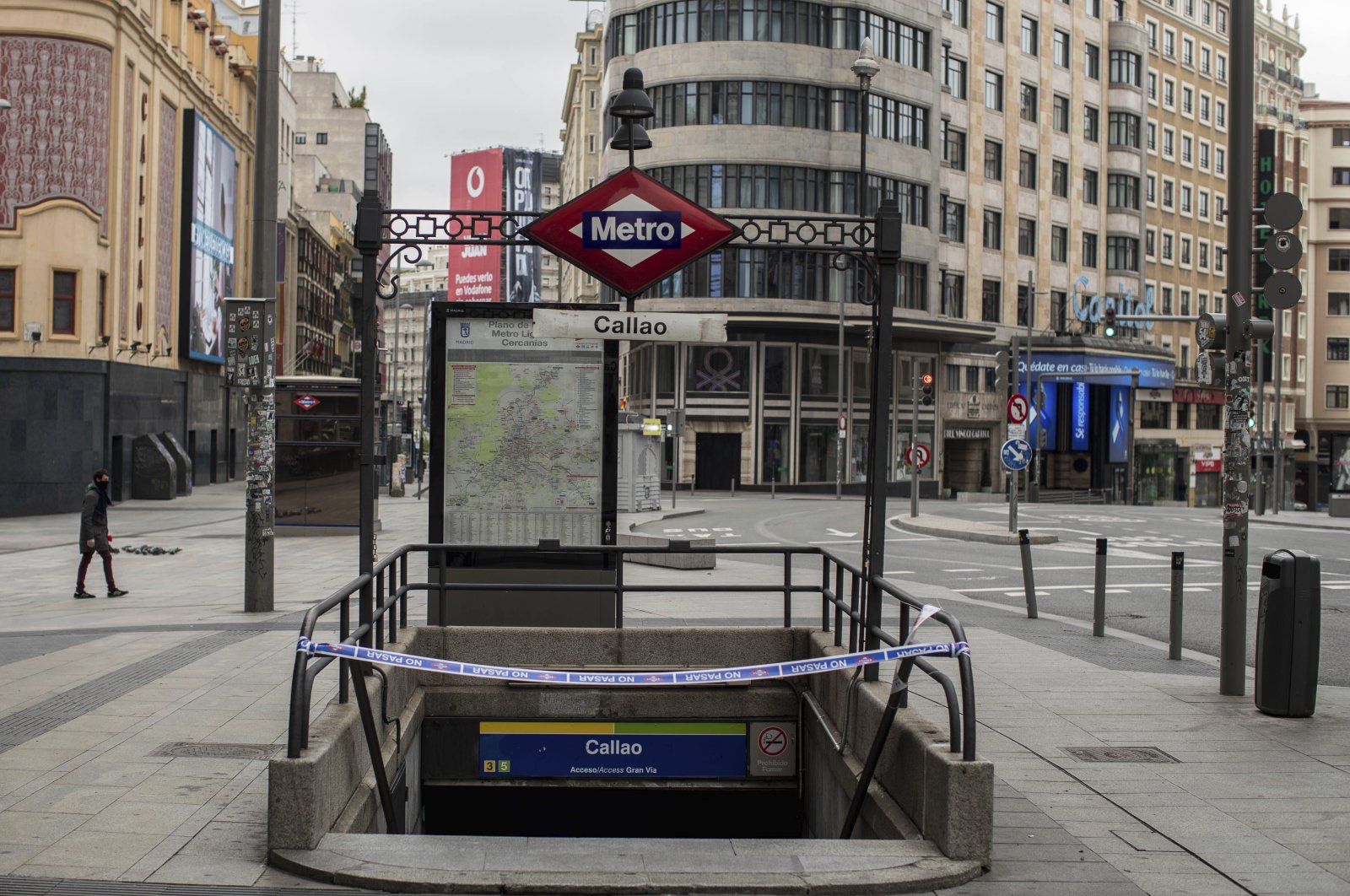 A man walks past a closed subway station during the lockdown to combat the spread of the coronavirus in downtown Madrid, Spain, April 14, 2020. (AP Photo)
by French Press Agency - AFP Apr 20, 2020 2:52 pm
RECOMMENDED

Spain's economy is likely to crash by between 6.6% and 13.6% in 2020 as a result of the deadly coronavirus pandemic, the Bank of Spain warned Monday.

The estimated contraction would be "unprecedented in recent history," even if the figures were subject to "huge uncertainty" depending on how long the current lockdown lasts, the central bank said in a statement.

Spain imposed a tight lockdown on March 14 to slow the spread of the virus, which has so far killed more than 20,800 people, the third-highest number of deaths in the world after the United States and Italy.

The Bank of Spain said the estimates were "provisional" and would likely be modified in the coming months in line with the evolution of the pandemic, envisaging a number of different scenarios.

If the lockdown was limited to just eight weeks, ending on May 9 in line with the current government directive, gross domestic product (GDP) would contract by between 6.6% and 8.7%.

But that could reach as high as 13.6% if the period of confinement was to last 12 weeks and economic activity did not get back to normal until the year's end, notably in the key tourism sector.

The main factors likely to trigger recession would be "the pronounced contraction of internal demand" due to the disruption of economic activity and the explosion in unemployment, the central bank said.

It also pointed to "a profound weakening of demand for goods and services from the rest of the world" and the collapse of tourist arrivals, affecting two pillars of the Spanish economy.

"Towards 2021, there is hope that the Spanish economy will recover a significant part, but not all of its activity and employment levels as expected before the pandemic," the central bank said.

It did not make any predictions for 2021.

Last week, the International Monetary Fund said Spain's economy would contract by 8.0% and that its unemployment rate could soar this year to 20.8%, up from 13.8%, which is already the highest rate in the eurozone after Greece.

Nearly 3.9 million workers have been temporarily laid off as a result of the lockdown measures, while nearly a million self-employed have also stopped working.

Spain is heavily reliant on tourism, which accounts for around 12% of its economic output. Last year, it received a record 84 million visitors, making it the world's second-most visited country after France.