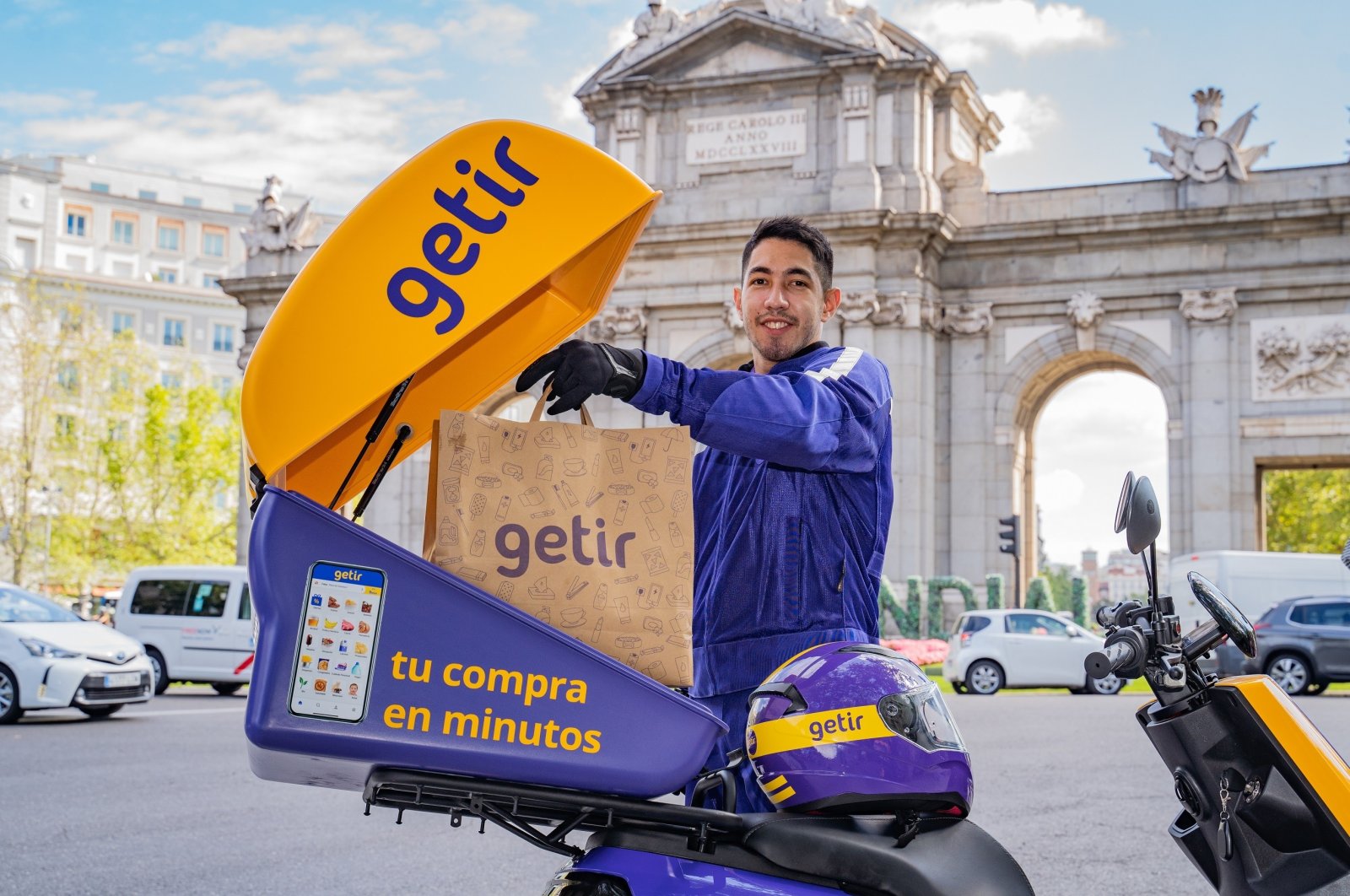 In a statement, Getir said the move comes after acquiring BLOK, a similar rapid delivery service from Spain.

Noting that it has further rollout plans across Spain in the coming months, it said "the bet on the Spanish market is strong: Getir will start with 19 G-stores in total in Madrid and Barcelona."

"Madrid and Barcelona are two of the most popular destinations in Europe, two vibrant cities thanks to their local life and tourist appeal," said Getir founder Nazim Salur.

"Spain is a natural market for us to expand our activity, and we are confident in the public's receptiveness to our quality service and innovative technology," he added.

Getir Spain General Manager Hunab Moreno emphasized a working culture based on respect, adding: "Our culture is one of working and growing together. We firmly believe the better we take care of our people, the better our service will be. We want to be the best company to work for."

Founded in 2015 as the world's first ultra-fast grocery delivery service in Turkey's Istanbul, Getir has grown rapidly in recent years with market entries to London in January this year, followed by Amsterdam in May, and Berlin and Paris in June.