Sports trading cards: A booming hobby in pandemic-era US 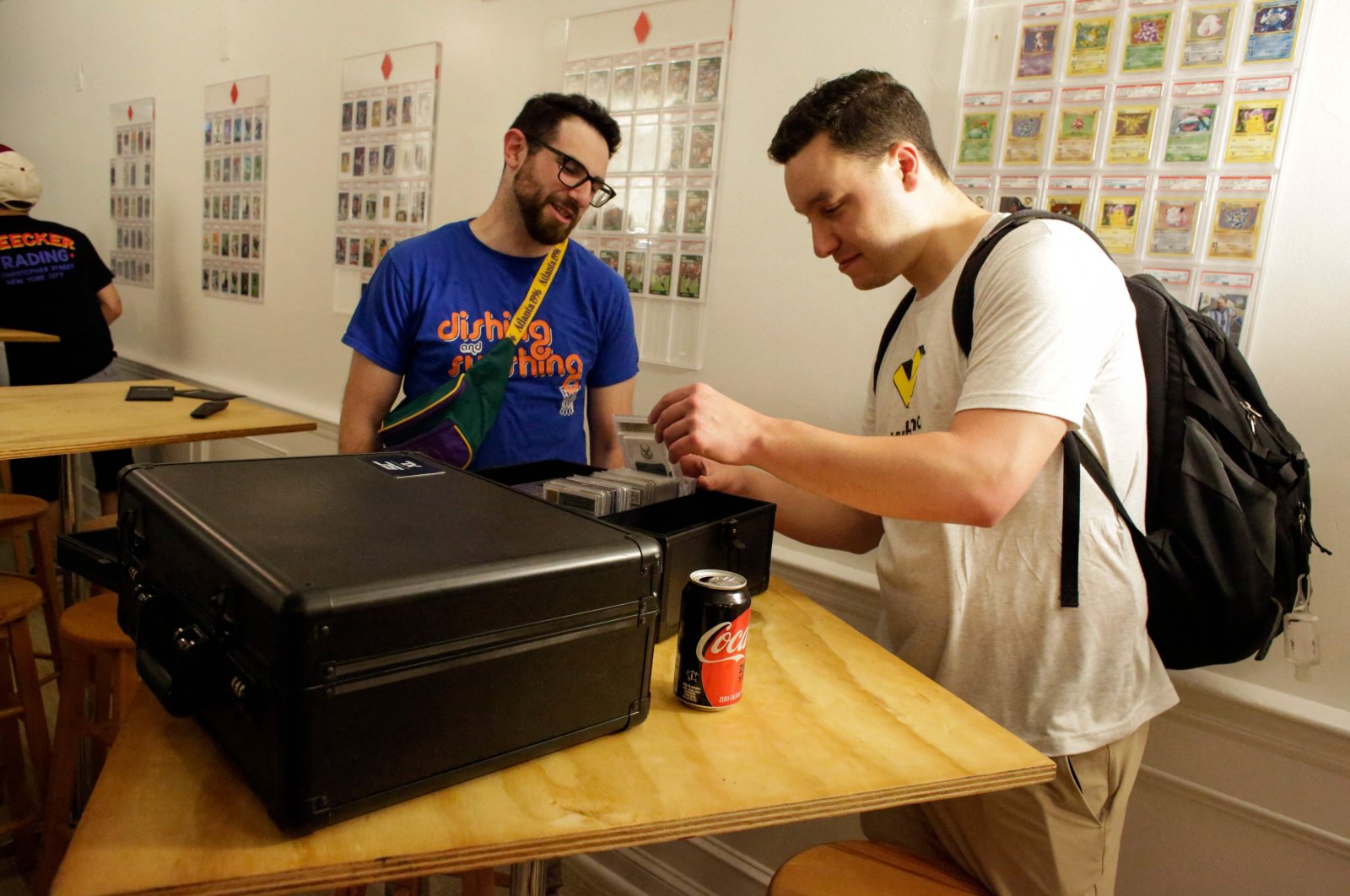 Inside an unassuming store in New York's Greenwich Village, around a dozen men unlock black briefcases, remove sports cards and begin to trade them – a growing hobby and industry that has boomed during the pandemic.

Excitement is high after a San Francisco-based investment fund announced earlier that day that it had bought a card of Golden State Warriors' basketball star Stephen Curry for $5.9 million, setting a new record.

Michael Campobasso, a 38-year-old jewelry dealer, hopes that sale will spur interest in his highly graded card of Curry from the three-time NBA champion's rookie 2009-10 season.

The sports trading card industry has been growing for several years, but coronavirus lockdowns reinvigorated hobbyists and attracted new ones, with investors helping to send prices skyrocketing.

"(The pandemic) had a massive impact," said Jacob Salter, product manager at Bleecker Trading, which hosted the trade night in New York.

"People were home; they were bored, cooped up in their house, reliving their childhood. They started buying sports cards," added the 25-year-old.

The early days of lockdown coincided with the release in April 2020 of the hit Netflix series "The Last Dance," about Michael Jordan's celebrated Chicago Bulls team of the 1990s.

It sent demand for Jordan memorabilia soaring and contributed toward basketball cards taking center stage in the sports trading card world, which had long been dominated by baseball.

In February this year, a rare Jordan card signed by the six-time NBA champion himself sold for $1.44 million at auction, breaking the previous record for a card of his by $500,000.

Basketball cards dominate exchanges at the Bleecker Trading event, where organizer Salter estimates the total value of cards in the room over the course of the night at $20 million.

The authenticity of the cards has all been attested to by grading companies, which rate them on a scale of one to ten, with ten being the highest. Rating factors include rarity and condition.

All of the cards are encased in see-through plastic "slabs," which the traders proudly display on racks inside hard suitcases that have combination number locks due to their contents' high value.

For 28-year-old Vahe Hekimian, collecting sports cards started as a hobby that morphed into his main source of income.

"It's a passion. I love it. But I also sell to keep going," he tells the Agence France-Presse (AFP), explaining that sports stars' performances impact the value of their cards.

He once paid $50,000 in a partial cash-trade transaction for rising NBA star Luka Doncic of the Dallas Mavericks, who will represent Slovenia at this summer's Olympics.

The most valuable trade of the night exceeds $90,000 and involves multiple cards, including baseball hotshot Shohei Ohtani and young NFL quarterback Justin Herbert. Those involved want to remain anonymous.

Campobasso doesn't sell his card of Curry, but he does strike a deal worth $11,000.

A 44-year-old collector calling himself Cage Lawyer, who owns a Jordan card worth half a million dollars, says trading cards are now increasingly seen as astute investments.

"People view them as an alternative asset class now, something akin to art and cryptocurrency. People are looking for something to put their money in to hedge against inflation," he explains.

The frenzy is a boon for the growing number of investment groups now trading in sports cards.

Alt, which invests in untraditional assets, estimates that the trading card market is currently worth $15 billion. It splashed out the $5.9 million on the autographed Curry card.

"Collectable" is another company that engages in fractional ownership where investors buy shares in cards.

PWCC is a trading card marketplace that holds auctions and runs a secure vault where owners can store their cards.

It expects to do over $500 million in sales this year, roughly three times what it did in 2020, according to business development director Jesse Craig.

"We're very confident that our industry is going to keep growing," he told AFP.