Stuck at home due to COVID-19, Saudis prefer staycations for break 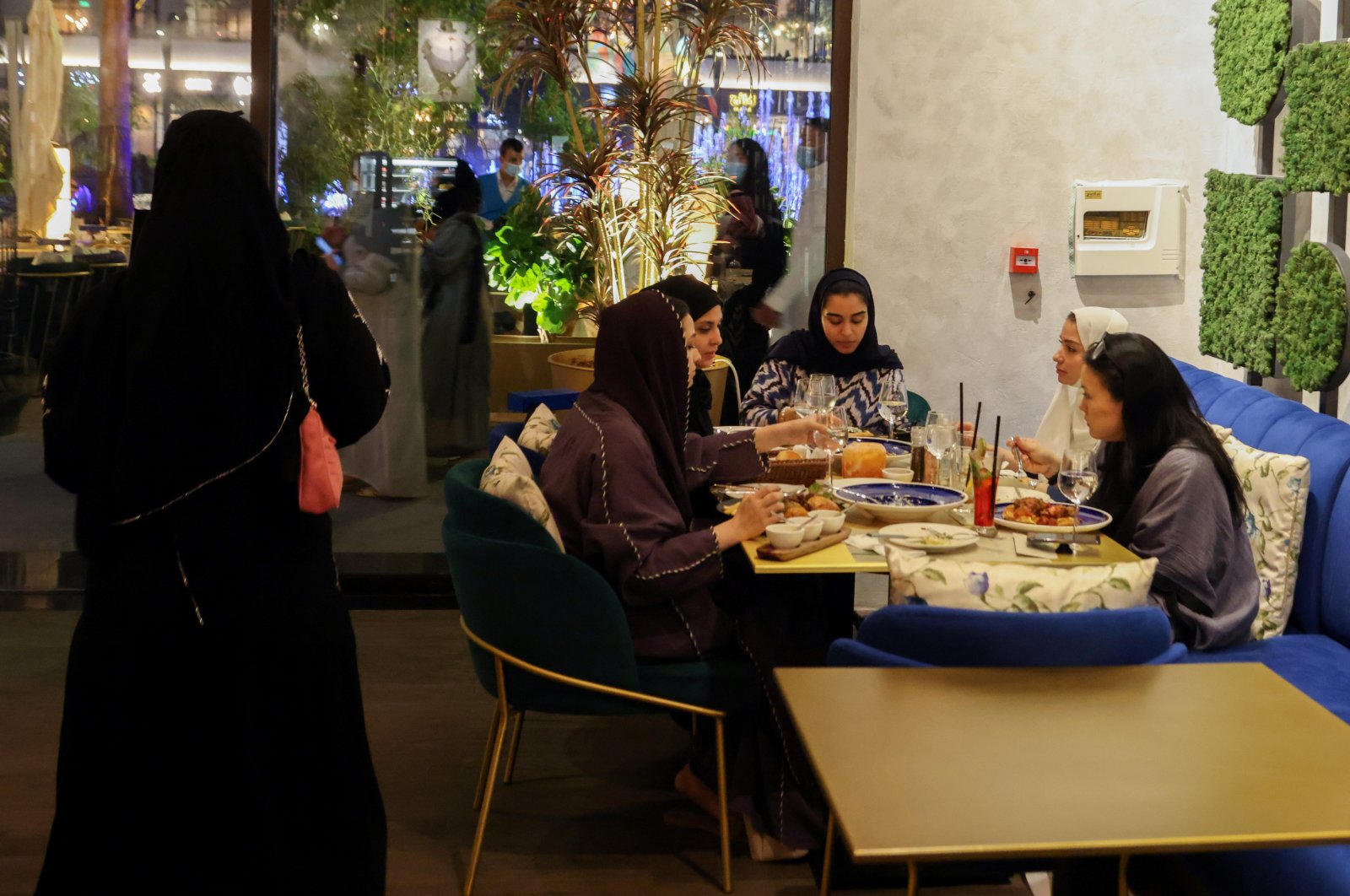 The COVID-19 pandemic has forced Saudis to enjoy more time in restaurants and cafes, who normally spend summer months when temperatures can reach over 50 degrees Celsius (122 degrees Fahrenheit) outside the desert kingdom.

Among the popular meeting points, the U.S. celebrity chef David Burke’s second restaurant in Riyadh that opened earlier in August become a place where hundreds of Saudi men and women packed the venue to enjoy dishes and fruity "mocktails" to a DJ's mix of Arabic and Western pop.

Noura, 21, a Saudi hostess at one such upscale restaurant said she has been booking up tables weeks in advance.

"Before, that would have been impossible in August because no one was here," she said. "Now, we have some regulars who come here and spend hundreds every week."

Saudi Arabia in May allowed citizens to travel abroad without prior official permission after a more than yearlong ban, but it still maintains a "red list" of states they cannot visit, so many are opting for staycations.

Private consumption grew by 1.3% in the first quarter from the same period in 2020, well above the quarterly readings before the pandemic and a drop in overseas spending is expected to keep it strong.

The value of point-of-sale transactions in the Gulf Arab state, one of the indicators of consumer spending, jumped 71.7% year-on-year in May, the popular vacation month, to 40.27 billion riyals ($10.7 billion).

It rose further 4.6% on an annual basis in June, primarily driven by a 96.7% jump in spending on restaurants and hotels and a 6.6% increase in spending on food and beverages, according to Al Rajhi Capital.

"Private consumption has rebounded quite strongly and is expected to be a key driver of the recovery in 2021," said Monica Malik, chief economist at Abu Dhabi Commercial Bank. "This reflects trapped spending and the early stages in the development of the tourism sector."

Household consumption accounted for nearly 43% of Saudi Arabia's economy in 2020, according to World Bank data, and the bounce offers welcome relief as it recovers from last year's double-punch of the pandemic and crumbling demand for oil, its top export.

Restaurants, cafes, cinemas and hotels are full in the capital Riyadh, and new venues keep cropping up, helped by the gradual relaxation of strict rules guiding public life.

At Burke's restaurant, the second of six he plans to open in the kingdom, young Saudi female and male staff mill about the industrial-chic venue while a female percussionist accompanies the DJ, a scene hard to image a decade ago.

De facto ruler Crown Prince Mohammed bin Salman has moved to open up the conservative kingdom, where gender segregation was once firmly enforced by the religious police, in an effort to improve quality of life and attract foreign firms and talent.

Developing domestic tourism is a key ambition of the young prince, whose social and economic reforms have been accompanied by a crackdown on dissent in the absolute monarchy.

"Ten years ago, we would never have thought to open an F&B (food and beverages) business, with gender segregation in the restaurants and the strict regulations, it was not appealing and people didn't enjoy the experience very much," said Burke's Saudi partner, Osamah Hussein.

"Now it is an ideal moment," added Hussein, who owns restaurants and hotels across the kingdom.

Abdallah Mansour, 28, and his wife Reem, were dining at upscale Italian restaurant Cipriani while visiting Riyadh from Dammam in the Eastern Province where they live.

"In past years, we would go to Europe with my parents for several weeks. But because we couldn’t travel during COVID, we decided to make the most of our time and have been doing weekends all over the country," Mansour said.

While in Riyadh, they are frequenting the capital’s new restaurants, like Nobu and Mamo’s.

"They’re expensive, but it’s amazing they exist at all in Saudi Arabia. We used to have to go to London for Nobu – now it’s right here," Reem said.