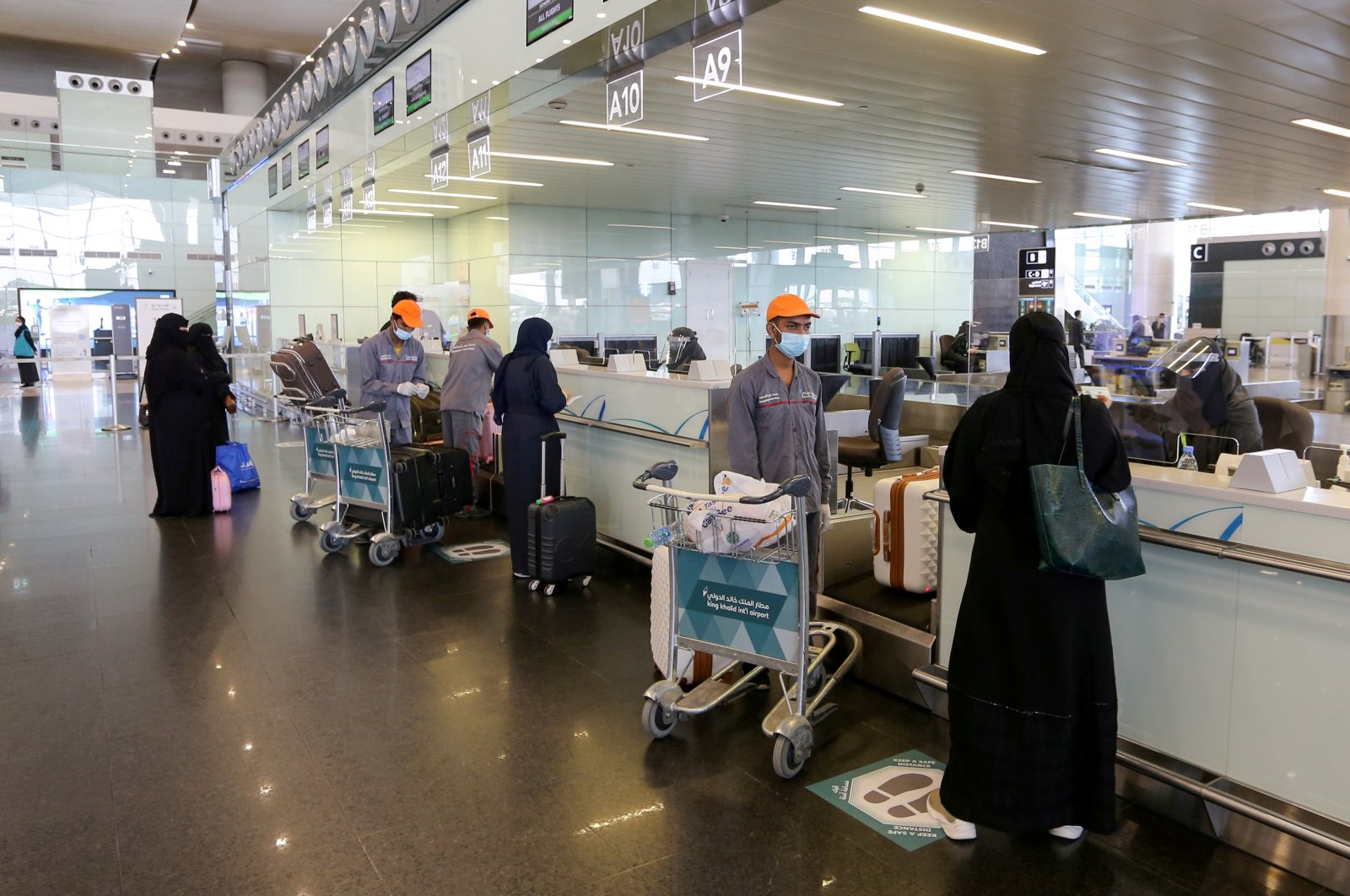 Saudi Arabia is going one step further in an effort to contain the resurgent COVID-19 pandemic. Citizens who travel to countries on the kingdom's "red list," which includes Turkey, will be issued a three-year travel ban, state news agency SPA reported Tuesday.

It cited an unnamed Interior Ministry official as saying some Saudi citizens, who in May were allowed to travel abroad without prior permission from authorities for the first time since March 2020, had violated travel regulations.

"Anyone who is proven to be involved will be subject to legal accountability and heavy penalties upon their return, and will be banned from travel for three years," the official said.

"The Ministry of Interior stresses that citizens are still banned from traveling directly or via another country to these states or any other that has yet to control the pandemic or where the new strains have spread," the official said.

The Turkish tourism industry was hoping visitors from the Gulf and Middle East would help bolster a rebound for the industry, as it looks to plug the gap left by Britons, for whom the country remains off-limits.

The country’s tourism sector accounts for up to 12% of the economy and is a key source of foreign revenue to offset big trade imbalances.

Officials expect this year's profit margins will return closer to pre-pandemic levels, despite the surge of COVID-19 cases that prompted a partial lockdown in May.

However, the new coronavirus cases in Turkey jumped to 19,761 on Tuesday, the highest since early May, from 16,809 a day earlier, according to Health Ministry data that also showed a daily death toll of 51 people.