Transitory or here to stay? Inflation is not going away just yet 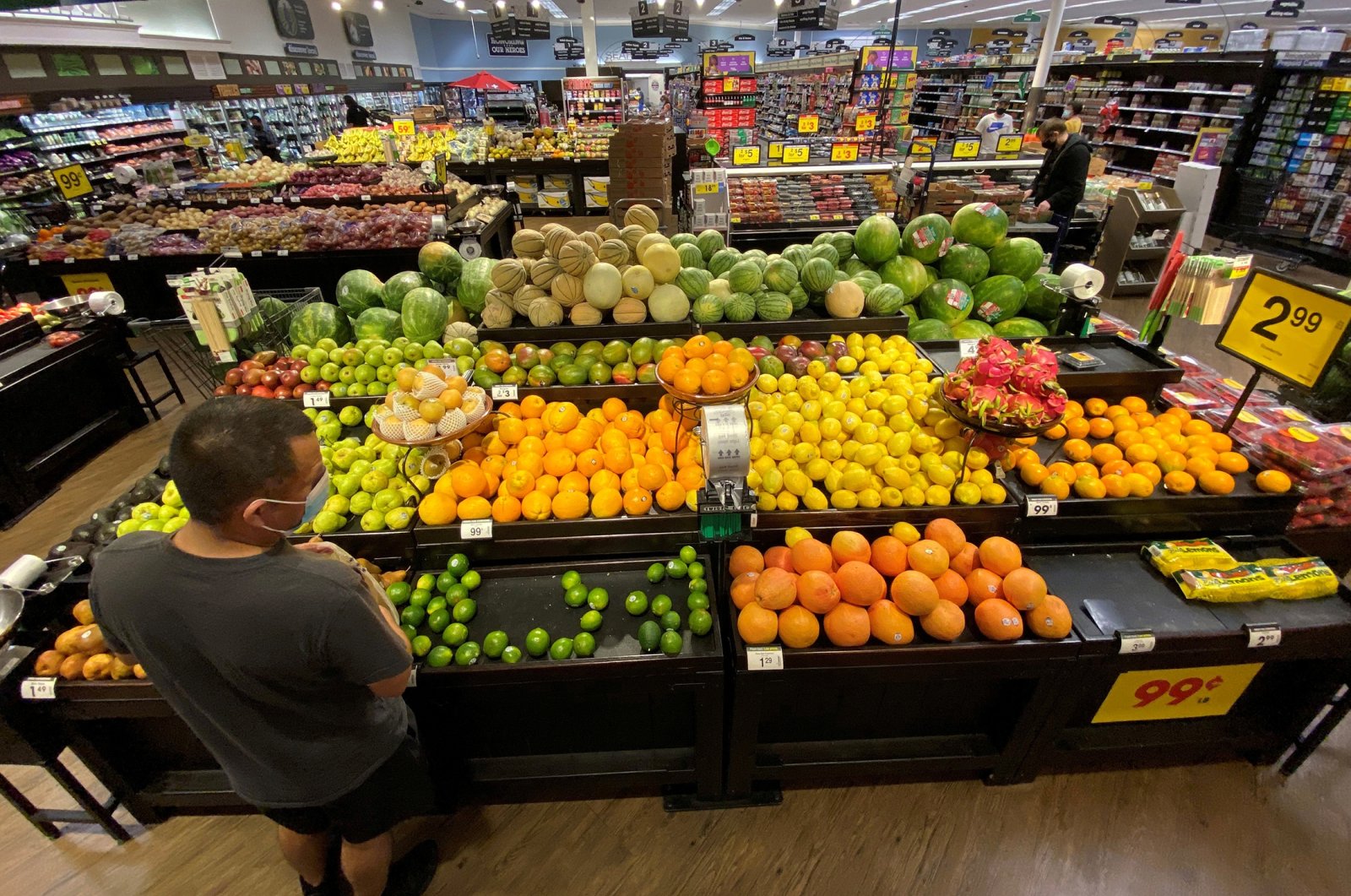 Months of unprecedented spikes in prices paid by consumers have been larger than most anticipated, sparking concerns over whether the inflation would taper off anytime soon.

Yet another blowout inflation reading last week turned out to challenge the view of many – including within the United States Federal Reserve (Fed) and White House – that elevated consumer prices are merely “transitory.”

U.S. consumer prices paid by Americans in June surged more than they have in the past 13 years. In the 12 months through June, inflation jumped 5.4%, the largest gain since August 2008. This means that the annual rate of headline inflation came in just below the 2008 oil price spike induced peak of 5.6%.

The June spike followed a 5% rise reported in May and came in well above market expectations.

The so-called core inflation surged 4.5% on a year-on-year basis, the largest rise since November 1991, after advancing 3.8% in May.

The U.S. central bank has this year characterized elevated inflation prints as “transitory,” saying it will fade as COVID-19 lockdowns ease further and supply catches up with pent-up demand.

In June, Fed policymakers predicted inflation would climb to 3.4% this year, before drifting back down to 2.1% in 2022. But the surprisingly high reading from last week could put pressure on the central bank to consider slowing monetary stimulus by reducing asset purchases more quickly than previously thought, while it could also prompt an earlier-than-expected rate hike.

Fed Chair Jerome Powell has sought for patience, and he and other Fed policymakers have stuck to their argument that the high rate has been driven mostly by temporary issues related to the struggles to reopen the economy following the pandemic shutdowns and is not a reason to pull back on stimulus efforts.

“Given the strong run of month-on-month readings over the past few months it makes it very difficult for the Federal Reserve to stick to their position that inflation is merely ‘transitory,’" said James Knightley, chief international economist at Dutch banking and financial services giant ING.

Knightley suggested that last week’s surprise outcome also supports calls for a swifter removal of the massive monetary stimulus the Fed has injected into the economy.

Recent price jumps have been mostly attributed to supply constraints, including a semiconductor shortage, a continued recovery in the U.S. economy as well as a rebound in travel-related services.

Some analysts see the recent spike as temporary. Others say they worry that higher consumer prices will persist. Powell himself has acknowledged that the recent increases have been larger than he and most economists anticipated.

“This particular inflation is just unique in history,” Powell said over two days of congressional hearings last week. He acknowledged that the U.S. is in the midst of an unparalleled economic reopening on the heels of a pandemic-induced recession, making it that much more difficult to anticipate how things like inflation and unemployment will play out.

“We don’t have another example of the last time we reopened a $20 trillion economy. We are humble about what we understand,” he said.

Yet, his message was straightforward: Just give it more time and those price gains should slow, or even reverse, as he stuck to his view that recent price spikes were associated with the post-pandemic reopening and will fade. “Inflation has increased notably and will likely remain elevated in coming months before moderating,” he noted.

He attributed the gains to a narrow set of industries that were hit hard by soaring demand, and in many cases, severe supply shortages, as the nation emerged from the worst of the pandemic. “It’s airplane tickets, it’s hotel rooms and it’s a handful of other things, and they account for essentially all of the overshoot,” he said.

“We think that those things are clearly temporary, we don’t know when they’ll end, but they’ll go away,” he explained.

The central bank is staying the course, Powell said, with an inflation target of 2% and some time before it will be in a position to tighten monetary policy.

The world’s largest economy still has “a long way to go” to return to full employment following the COVID-19 pandemic, the chair said.

He said inflation may slow “in six months or so,” suggesting a clear reading on inflation will not come until the end of the year. The Fed has said it will keep its benchmark short-term interest rate pegged near zero until it believes maximum employment has been reached and annual inflation moderately exceeds 2% for “some time.”

“That is more important than inflation at 5%. Fair enough. Taper talk is nuanced in consequence. Bond buying is adding a liquidity excess that is bullying market rates to extraordinary lows, practically into submission. It looks too much and should be unwound, but not just yet it seems,” Garvey told Daily Sabah.

The central bank’s policymakers have said they are prepared to accept inflation above its target to make up for years of inflation below 2%. Nonetheless, Knightley said: “We are not as optimistic as the Fed in thinking that we will quickly get back down to the 2% region. We continue to doubt the Fed’s narrative that inflation is ‘transitory’ and instead see the risks that it stays elevated for many more months.”

“On the risks, Chair Powell acknowledges that inflation is significantly above 2%. But the key thing is where it lands in the coming 6-12 months, and for now the Fed has reasonable confidence that it will be far closer to 2% by the end of that time frame,” said Garvey.

Knightley said they forecast that U.S. headline inflation will stay above 4% through until the first quarter of 2022 with core inflation unlikely to get below 3% until the summer of next year. “We also expect the strong growth story to continue and with workers remaining in short supply, we see further wage pressure,” he said.

Ima Sammani, an FX analyst at Monex Europe, echoes the view, saying the inflation prints will likely be distorted until the first half of 2022.

Sammani cited the distortions coming from both sides: the lower base from last year due to lockdown restrictions on the one hand, and reopening effects with a faster recovery in commodities demand than anticipated. “Because of these distortions, it will be very difficult to distinguish signal from noise and gauge to what extent these inflationary pressures are structural,” she told Daily Sabah.

Therefore, she added, “central banks closely watch inflation together with other metrics such as labor market data to assess when there has been a significant recovery in the economy.

“Whether inflation can shoot higher will depend on the trajectory of further easing of lockdown measures, as well as any changes in consumption patterns compared to pre-pandemic consumption,” she said.

In its latest assessment, Bank of America (BofA) said it expects consumer prices to remain elevated for two to four years, against a rising perception of it being transitory. It said that only a financial market crash would prevent central banks from tightening policy in the next six months.

The key reason is that the stimulus fuelled economy is booming, Knightley argued. “Demand appears to be outpacing the supply capacity of the economy given the scarring that the pandemic has caused. We see no imminent end to the ongoing frictions such as supply chain strains and a lack of suitable workers,” he said.

The Fed is purchasing $120 billion a month in Treasurys and mortgage-backed securities, which are intended to keep longer-term interest rates low to encourage borrowing and spending. The Fed has started discussing its timeframe for reducing those bond buys, Powell said, and will continue to do so.

The chair has delivered a pledge of “powerful support” to complete the U.S. economic recovery, an indication he sees no need to rush the withdrawal of support from the economy because of the recent jump in inflation.

Knightley, however, said there appears little reason to continue with Fed asset purchases. “We are currently expecting the taper to start in Q4 and to conclude relatively swiftly before the end of (Q2 2022),” he explained.

“With inflation at 5% versus a yield curve that peaks at 2% on the 30-year Treasury, there is a clear deviation that must be telling us something,” said Garvey.

“The implied negative real yields are either saying that the macro outlook is very somber. Or it is telling us that there is an artificial excess of demand. It is not all coming from the Fed but if the Fed is on the buy side of the trade there is a clear incentive for other players to be on the same side. An accelerated taper would change that dynamic,” he said.

From Powell’s remarks, Garvey said there is no indication that the taper chat is any more elevated than it was at the mid-June Federal Open Market Committee (FOMC) meeting.

“There is a lot to be said in support of a much quicker taper than anticipated. It needs to go from $120 billion of bond buying per month to zero per month. From a purely technical perspective, there should be no taper, and the Fed should just stop buying," he added.

But from the perspective of a “hardest-hit community” focus, Garvey said “that won’t happen.”

“So expect the liquidity excesses on front-end rates and downward pressure on back-end rates from this perspective to remain a dominating influence, especially if this bond market chooses to completely ignore where inflation prints,” he noted.

Some economists believe that the Fed will likely announce a reduction in those purchases as soon as September, though others argue a November or December announcement is more likely.

Knightley said policymakers continue to argue for the ongoing stimulus, noting that in the U.S. case this is tied to the Fed’s shift in goals to now be more inclusive for different groups within society. “They have moved to an average inflation targeting regime, but we do not know over what time frame the ‘average’ is measured,” Knightley told Daily Sabah.

“All we can surmise is that the Fed is prepared to allow the economy to run hotter than previous cycles to ensure as many people in society as possible feel the effects of the growing economy – essentially it won’t start hiking interest rates until the jobs market is close to full employment and inflation is running consistently above 2%,” he outlined.

The Fed had been saying this might not be achieved until 2024, but Knightley believes this has now been brought forward to 2023.

“In fact, 7 out of 18 FOMC members believe it could happen in 2022 and we certainly agree. With a strong stimulus fuelled economy continuing to experience robust demand growth we are a little concerned that pandemic related economic scarring has hurt the supply capacity of the economy,” he noted.

Consequently, he stressed that the supply chain issues and labor shortages could be a longer-lasting matter for companies to deal with, which could mean inflation stays higher for longer.

Moreover, there is evidence to suggest, he said, with the Fed recently saying that “labor supply could be significantly lower than they had thought given an acceleration in retirements through the pandemic – surging equity markets have boosted valuations in 401(k) retirement accounts.”

“In this environment, we think the Fed will continue to see the risks skewed toward earlier policy tightening,” Knightley noted.

“The Fed has shifted their viewpoint to a 2023 start point for interest rate increases, but we think this is too late and are now predicting two in the second half of 2022,” he said.