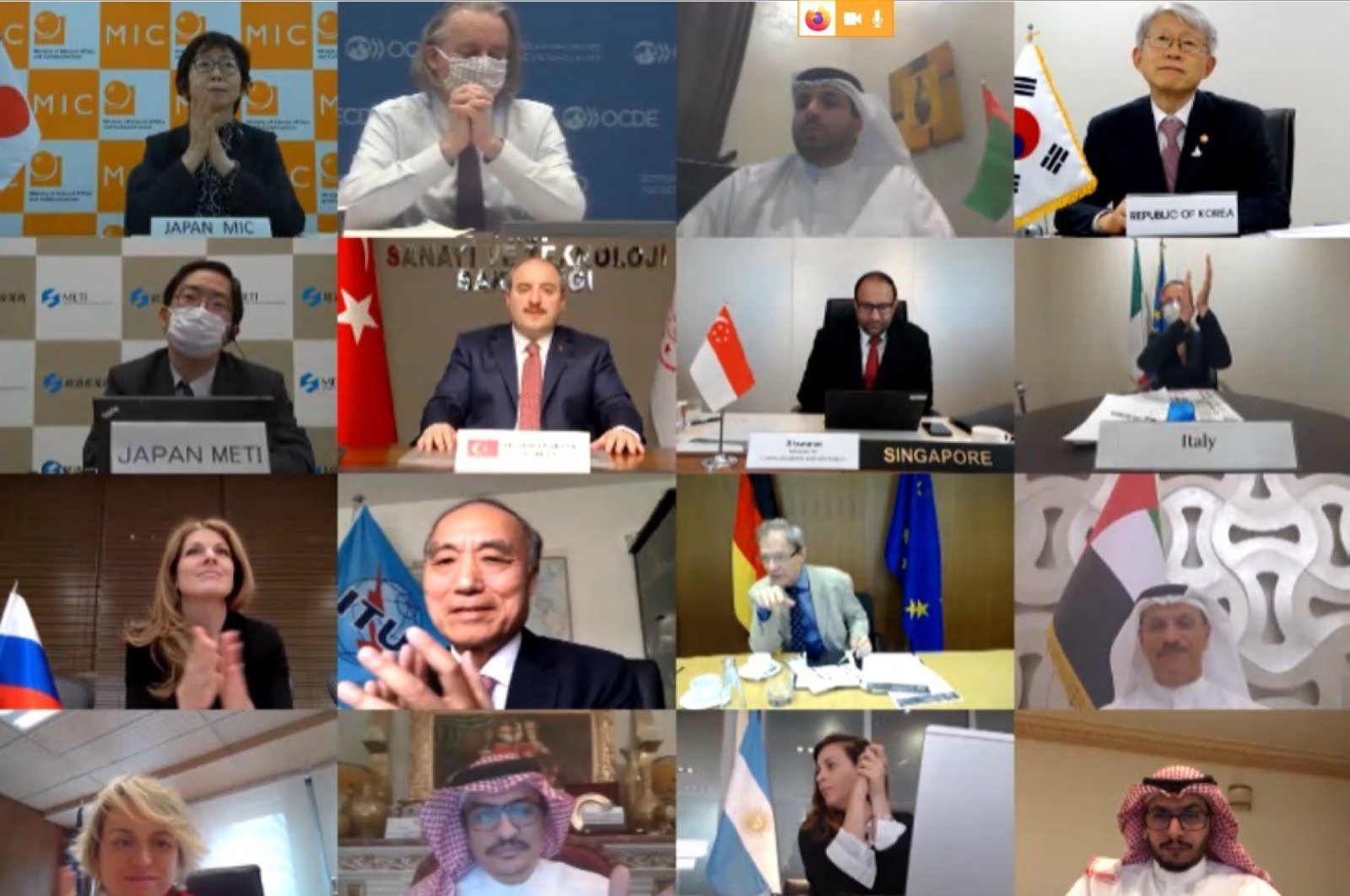 The world economy will suffer the worst year since the Great Depression, Industry and Technology Minister Varank said, also stressing the importance of acting in a collectively responsible manner to sustain the global order

Turkey's industry and technology minister has called on G-20 member states to come up with an international accountability mechanism for countries that have "behaved irresponsibly or without transparency" over the course of the coronavirus pandemic.

Speaking at an extraordinary virtual meeting of G-20 digital economy ministers on Thursday, Mustafa Varank highlighted the importance of acting in a collectively responsible manner to sustain the global order.

The ministers gathered online to discuss the effective use of digital technologies in facilitating virus research, building business resilience and safeguarding jobs, lives and the global economy amid the pandemic.

Varank also called on member states to deliver a constructive and result-oriented roadmap to emerge from the coronavirus pandemic.

Ministers from G-20 member states and other guest countries stressed the promising role of digital technologies and policies in enhancing a collective response to the pandemic, a G-20 statement following the meeting announced.

Highlighting that the world economy will suffer the worst year since the Great Depression, Varank said cooperation at the G-20 would be imperative in saving both lives and people's livelihoods.

Beaten down by the outbreak, the global economy is expected to shrink 3% this year – far worse than its 0.1% dip in the Great Recession year of 2009, according to the latest forecast by the International Monetary Fund (IMF). The institution said the economy could rebound in 2021 with 5.8% growth but stressed its forecasts were marked by "extreme uncertainty" and that outcomes could be far worse, depending on the course of the pandemic.

"Additionally, we must design an international accountability mechanism for countries which have behaved irresponsibly or without transparency in such times," Varank stressed.

Touching on Turkey's efforts to stem the spread of the virus, Varank said Turkey has so far delivered medical supplies to 55 countries.

"Turkey's ability to achieve this became possible thanks to the visionary leadership of his excellency, President Recep Tayyip Erdoğan," Varank added.

He stressed that the country moved swiftly to tackle the crisis thanks to its sound health care system. "First, we designated a number of our hospitals as pandemic hospitals."

"Then, we rapidly increased the capacity of our intensive care units," he explained.

While many countries face medical equipment shortages, including personal protective equipment, respirators and masks, Turkey took up national emergency initiatives for mass production of indigenous ventilators across a two-week period, Varank said. "Thanks to this effort, we can today allocate a respiratory device for nearly every intensive care bed in Turkey," he added.

He underlined that digital technologies had been effective in fighting the pandemic in Turkey, using the example of a pandemic tracking application which displays the exact status of the outbreak and create risk maps across the country.

"With their consent, individuals can also track their families, get access to social services, and even evaluate themselves for the virus with the help of a few of detailed questions," Varank noted.

"We are employing big data search techniques, for instance, to identify drug candidates among thousands of molecules with the help of AI (artificial intelligence)," he said.

Pointing to role of MSMEs on the stability of the global supply chains amid coronavirus, Varank said Turkey supports them to leverage digital technologies in manufacturing and business models.

As of Thursday, Turkey registered a total of 3,174 deaths due to coronavirus whereas nearly 49,000 people have recovered from the disease. Currently, there are 120,204 confirmed cases in the country.

After first appearing in Wuhan, China last December, the infection has spread to 187 countries and territories. The number of confirmed cases worldwide has surpassed 3.25 million while the death toll is over 233,400 and more than 1 million people have recovered, according to data compiled by the U.S.-based Johns Hopkins University.