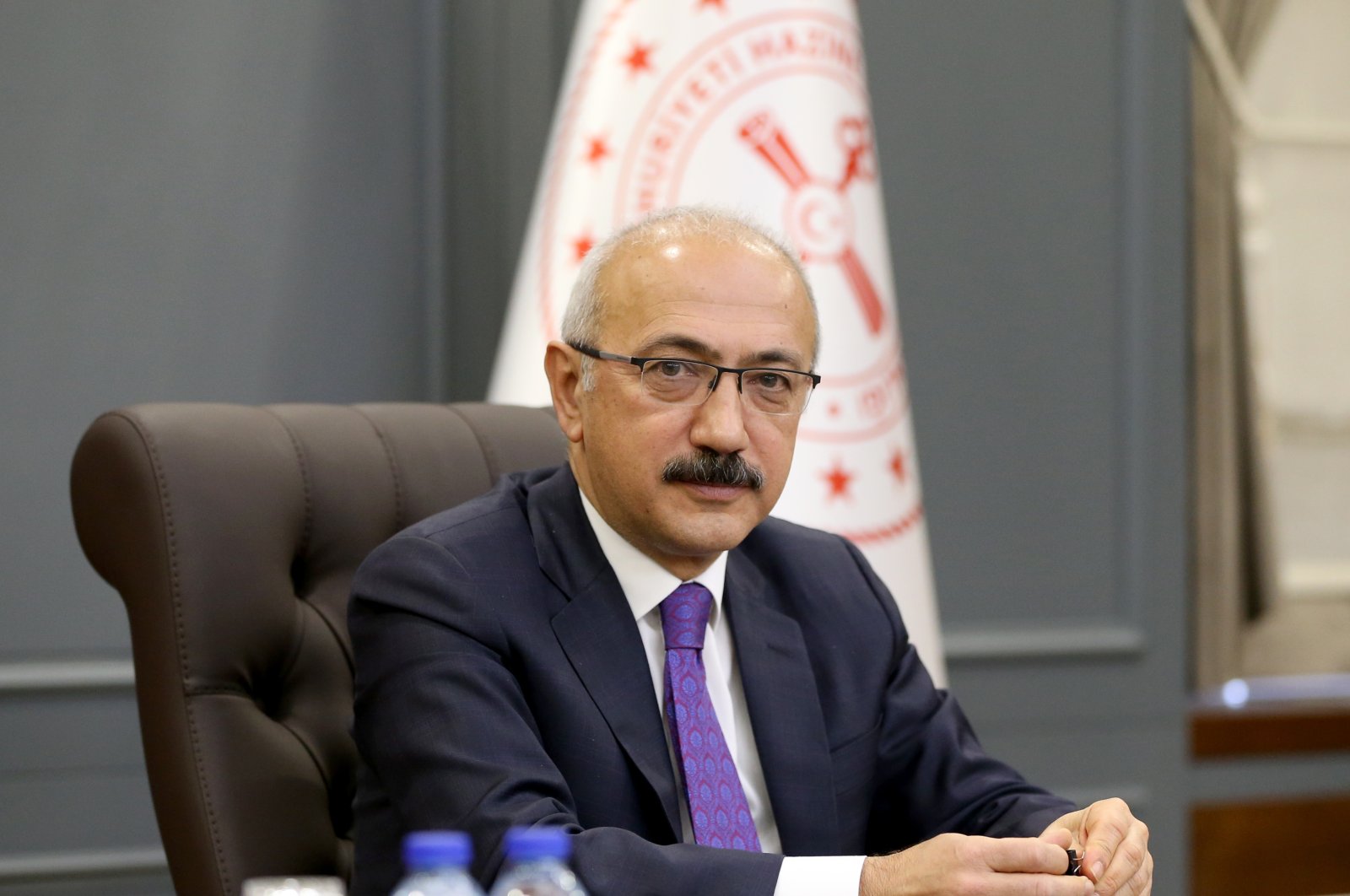 Treasury and Finance Minister Lütfi Elvan prepares to have a videoconference with EU envoys at the ministry's headquarters in Ankara, Apr. 2, 2021. (AA Photo)
by Daily Sabah
Apr 02, 2021 6:58 pm

"We are going to tell all of our counterparts about how committed we are to the reforms," he said.

President Recep Tayyip Erdoğan last month outlined a series of measures that he said would boost the country’s economy, as he pledged to bring inflation back down to single digits.

Erdoğan has said the priority would be fighting against the rise in consumer prices, with the aim of reaching single-digit inflation.

Matys said the committee could result in some structural changes in a number of areas such as food prices.

Food prices are one of the main causes of inflationary pressures, he stressed.