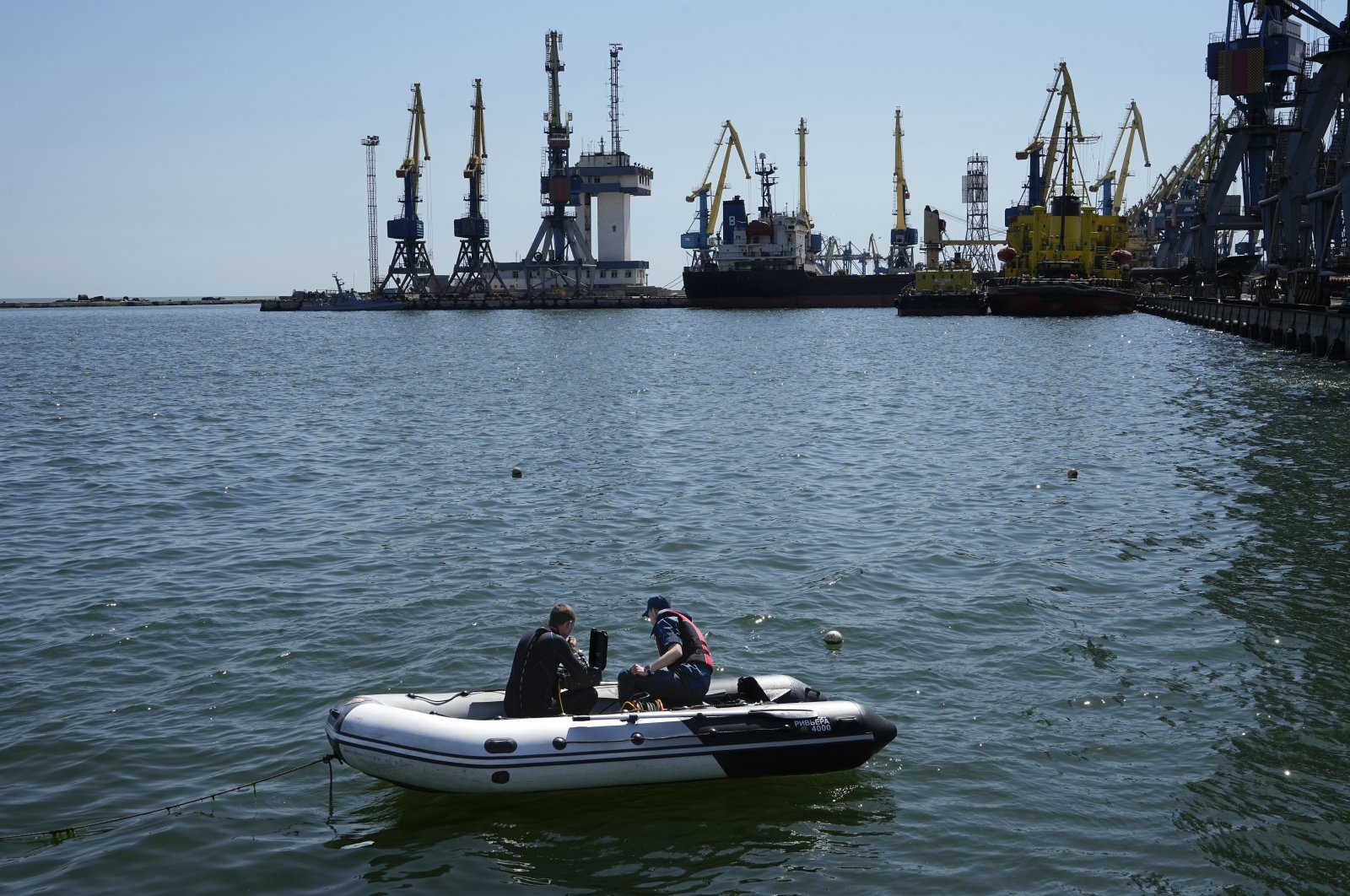 Ankara and Moscow will engage in talks to create a potential sea corridor that will free up Ukrainian agricultural exports, as Russia’s top diplomat is set to pay a visit to Turkey next week.

The visit will follow President Recep Tayyip Erdoğan’s talks with his Russian and Ukrainian counterparts, the latest of the efforts to unblock shipments of Ukraine’s grains that have been stuck since Moscow invaded three months ago.

Accompanied by a military delegation, Russian Foreign Minister Sergei Lavrov is set to visit Turkey on June 8 for talks on the issue of opening a security corridor that also includes the shipping of wheat in the Black Sea, Foreign Minister Mevlüt Çavuşoğlu said Tuesday.

“This is the most important question. We are focusing on this. We are planning to establish a center in Istanbul to observe the corridor,” Çavuşoğlu told Anadolu Agency (AA).

In a call with Erdoğan on Monday, Russian President Vladimir Putin said that Russia was ready to work with Ankara to free up maritime shipping blocked over the conflict.

Putin noted the “readiness of the Russian side to facilitate the unhindered sea transit of goods in coordination with Turkish partners. This also applies to the export of grain from Ukrainian ports,” according to the Kremlin readout of the talks.

“During the discussion of the situation in Ukraine, emphasis was placed on ensuring safe navigation in the Black and Azov seas and eliminating the mine threat in their waters,” the Kremlin said.

Russia’s offensive in Ukraine and Western sanctions have disrupted supplies of wheat and other commodities from the two countries, fuelling concerns about the risk of shortages and hunger around the world.

The United Nations, which says a global food crisis is deepening, is trying to broker a deal to unblock Ukraine’s grain exports though Western leaders have blamed Russia for holding the world to ransom by blockading Ukrainian ports.

Putin repeated claims that global food shortages were the result of “short-sighted” Western policies, saying Russia was ready to export “significant volumes of fertilizers and agricultural products if the relevant anti-Russian sanctions are lifted.”

Çavuşoğlu said work was still underway with the United Nations to reach an agreement on creating the corridor from the Black Sea, but that issues between Moscow and Kyiv remained.

He said the U.N. had proposed forming a joint observation mechanism to monitor the shipping route, and that Turkey was open to the idea.

Çavuşoğlu noted that Russia wanted some Western sanctions targeting its insurance sector lifted, as it would impact the ships that will participate in the potential shipping network, while Ukraine did not want Russian warships to approach its docks in Odessa.

Erdoğan told Putin that peace needed to be established as soon as possible and that Turkey was ready to take on a role in an “observation mechanism” between Moscow, Kyiv and the U.N. if an agreement is reached.

He added that he welcomed, in principle, the idea of making Istanbul a headquarters for the “observation mechanism.”

A senior Turkish official last week said Ankara is in talks with Moscow and Kyiv to open a corridor via the Bosporus for grain exports from Ukraine.

“With a corridor to be opened from Turkey, there was a demand for this grain to reach their targeted markets. Negotiations are still ongoing,” the senior official told Reuters.

Turkey shares a maritime border with Ukraine and Russia in the Black Sea and has good relations with both.

While it has criticized Russia’s offensive, Ankara is trying to balance its close ties and has positioned itself as a neutral party attempting to mediate between the warring sides.

Ukraine is trying to export its vast stores of grain by road, river and rail to help avert a global food crisis but has no chance of hitting its targets unless Russia's blockade of its Black Sea ports is lifted, an official at Ukraine’s Agriculture Ministry told Reuters last week.

Before Russia sent troops into Ukraine, the country had the capacity to export up to 6 million tons of wheat, barley and maize a month but exports collapsed to just 300,000 tons in March and 1.1 million in April.

Russia and Ukraine together account for 29% of global wheat exports, mainly via the Black Sea, and for 80% of global exports of sunflower oil.

Ukraine is also a major exporter of corn, barley and rapeseed oil, while Russia and Belarus, which has backed Moscow in the war and is also under sanctions, account for over 40% of global exports of the crop nutrient potash.

Russia has captured some of Ukraine’s biggest seaports and its navy controls major transport routes in the Black Sea, where extensive mining has made commercial shipping dangerous.

Sanctions have also made it hard for Russian exporters to access vessels to move commodities to global markets.

Putin has said Russia will increase wheat exports in the new July-June season due to a potential record crop of 87 million tons.