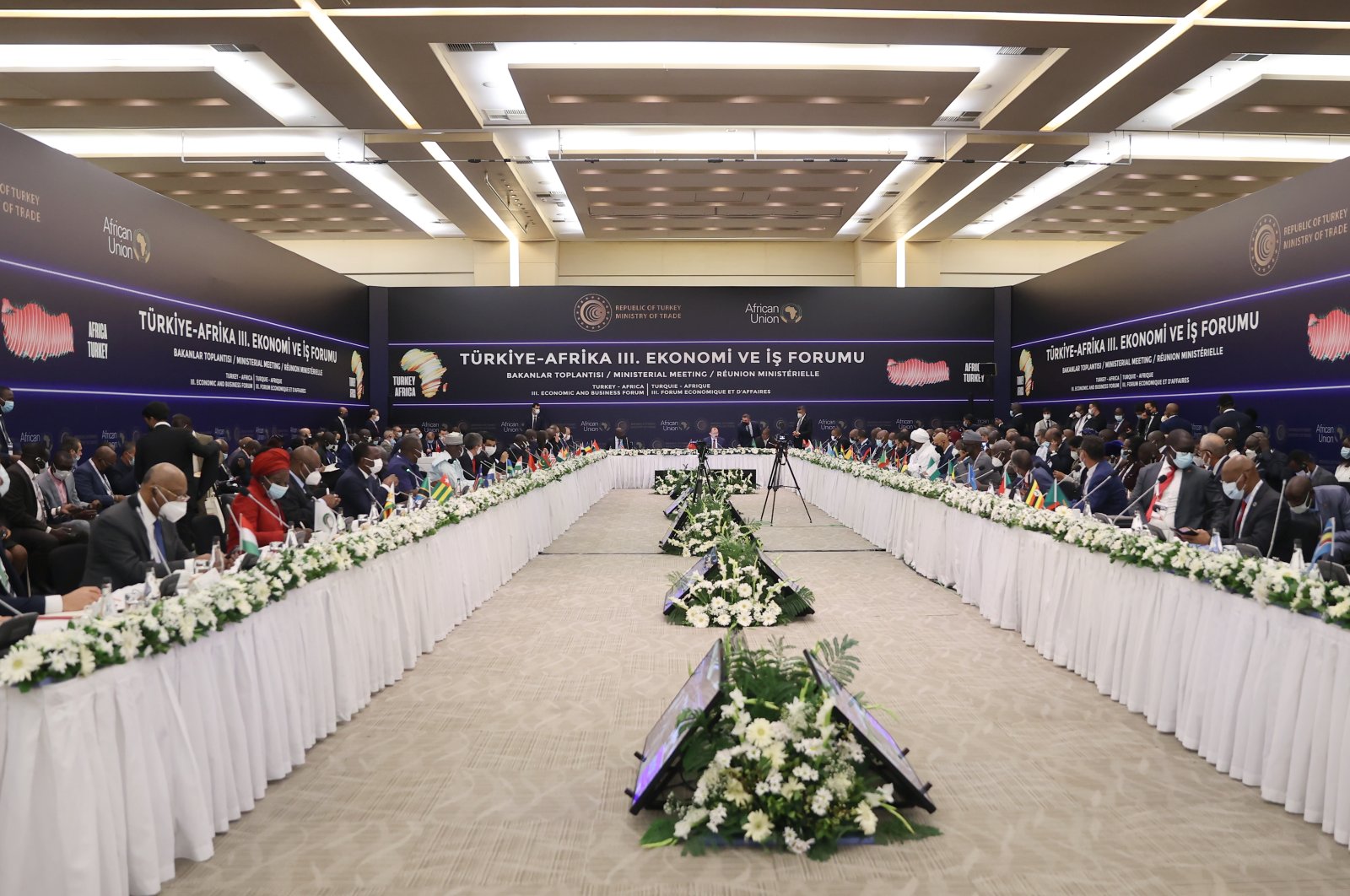 The minister was speaking during the Turkey-Africa Economy and Business Forum organized by Turkey’s Foreign Economic Relations Board (DEIK) in cooperation with the Trade Ministry and African Union Commission (AUC).

Turkey’s exports to the continent, which were around $2.1 billion, rose to $15.2 billion last year, he said.

Representatives from 45 countries in Africa attended the forum which hosted around 3,000 Turkish and African businesspeople on the first day.

Muş, who said that Turkey attributes great importance to relations with the continent, said that the figures achieved through trading with Africa are the result of efforts initiated in 2003 to cultivate bilateral relations in a balanced manner.

In the 2003-2020 period, Turkey’s investments in Africa totaled $6 billion while the value of the projects undertaken by Turkish contractors reached $77 billion, according to the trade minister.

National flag carrier Turkish Airlines (THY) has been operating flights to 58 different destinations on the continent, Muş said, noting that Turkey’s aim in the region is to establish relations based on mutual respect and a win-win strategy.

He noted that Turkey is not acting with one-sided economic ambitions but rather aims to contribute to Africa’s development. The trade minister added that to achieve this, the country supports development-focused programs in many countries on the continent with a primary interest in health, infrastructure, logistics and female entrepreneurship.

The two-day forum is an open space for public and private sector representatives from Turkey and Africa to address relations and look for ways to further deepen their partnership.

The pact will further increase the cooperation opportunities between Turkey and Africa, the minister added.