Turkey is affected by global capital movements as much as other countries, Albayrak says 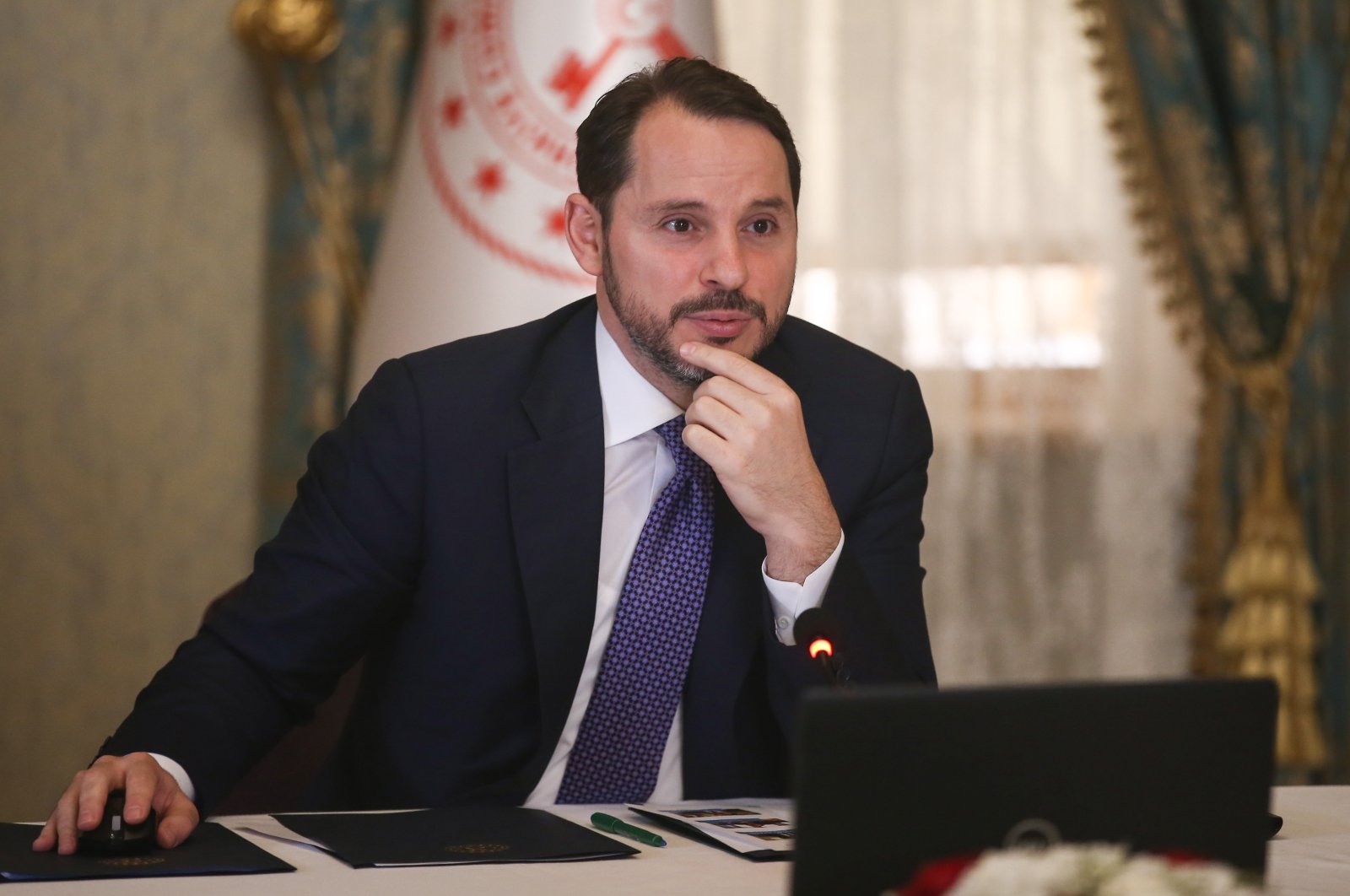 Treasury and Finance Minister Berat Albayrak attends a videoconference at the president's office on the grounds of Dolmabahçe Palace in Istanbul, Turkey, July 16, 2020. (AA Photo)
by DAILY SABAH WITH AGENCIES Aug 12, 2020 9:48 pm
RECOMMENDED

Turkey is affected by global capital movements as much as any other country and this effect is now much less than it was in the past, Treasury and Finance Minister Berat Albayrak said Wednesday.

Discussing the Turkish lira's recent setback against the U.S. dollar and euro, he said: “The exchange rate goes down, it goes up. What is important is that Turkey manages all this volatility in a controlled way.”

He added that the competitiveness of the Turkish lira is more important than the exchange rate.

His remarks came at an interview with the private broadcaster, CNN Türk, as the lira hit a record low of 7.37 against the dollar last week, a slide of 19% from its level at the end of 2019.

“What is important is not the exchange rate, but whether it is competitive,” Albayrak said.

Following the fluctuations in the exchange rates, the Central Bank of the Republic of Turkey (CBRT) halted cheaper funding which had allowed primary dealers to borrow well below its policy rate in an effort to squeeze credit via backdoor channels and stabilize the currency.

Albayrak added that malicious perception operations do not work on Turkey anymore as the country switched to a "national independence (economy) model."

Pointing to the rapid revival of the economy in May and June, Albayrak said Turkey will be among the least hit countries in the second quarter of this year due to the coronavirus pandemic.

"We will be one of the fastest normalized and recovered countries in the world," he said.

He added that in June, July and August economic data such as exports, manufacturing, confidence indexes, capacity usage all show a strong start to Turkey’s recovery period due to the normalization steps, Albayrak said.

The headline Purchasing Managers' Index (PMI) for manufacturing grew to 53.9 in June, then surged to 56.9 in July, recording its highest reading since February 2011, according to the survey data from the Istanbul Chamber of Industry (ISO) and IHS Markit.

Exports in July reached the highest level of 2020 as they hit over $15 billion, an 11.5% month-on-month increase and the second-highest July figure ever. Year-on-year, exports were down 5.8%, driven by high base effect, fewer working days and the pandemic.

"Those who forecast a 5% recession for Turkey will again be mistaken. Our forecast is between 2% contraction and 1% growth, much better than the world average,” Albayrak said, adding that Turkey will miss its budget deficit target this year. The deficit will likely be around 5% to 6% of the gross domestic product (GDP), he said.

Turkey in the first quarter of 2020 posted a growth rate of 4.5%, by far the best among the European Union, G-20 nations, and the Organisation for Economic Co-operation and Development (OECD) countries.

The economy had grown 6% year-on-year in the fourth quarter and nearly 1% in 2019 as a whole, beating expectations and rebounding strongly from the turbulent period it endured since the second half of 2018.

Albayrak said the Turkish lira will not have as negative an effect on inflation as expected, but said the pandemic may have a 1-2 percentage point impact on inflation.

Turkey’s consumer price inflation rate fell to 11.76% year-on-year in July, reversing two months of rising inflation as the economy continues to emerge from the COVID-19 lockdown.

The CBRT late last month raised its year-end inflation forecast to 8.9% from 7.4%. It said the 1.5 percentage-point increase was driven by an upward revision in oil prices and food inflation projections. The government forecast for end-2020 inflation is 8.5%.