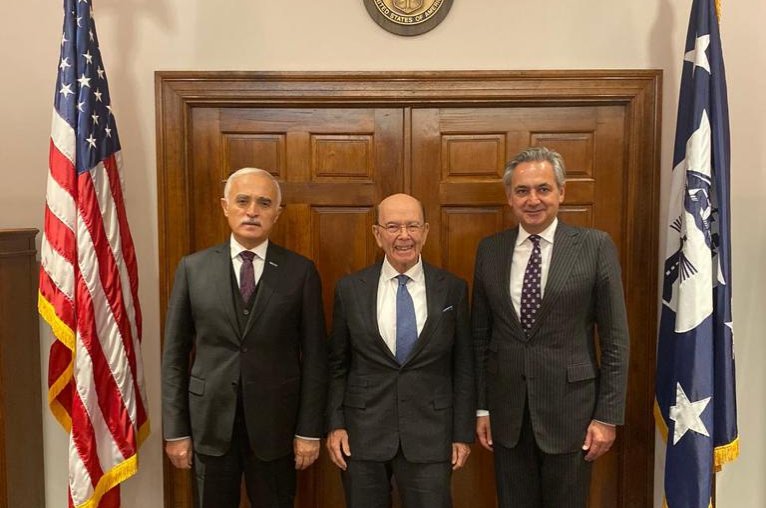 It was Jan. 15 when U.S. President Donald Trump and China's Vice Premier Liu He stood next to each other in the White House as both men posed with a freshly inked deal in their hands. The agreement was Phase 1 of the U.S.-China trade deal that would put an end to a bitter tariff war between the world’s largest two economies that had sent economic tremors to the furthest reaches of the globe for the past two years.

Since coming into the White House in 2016, Trump has been quite vocal about his “America First” campaign and blamed previous administrations for being too dependent on Chinese manufacturing, before triggering the trade war by declaring the first tariffs in 2018. The president argued the tariffs would force China into renegotiating for a better deal, one that favored America’s interests, while shifting some of the production back to U.S.-based factories.

On the same day, a traveler returning from China was declared the first confirmed coronavirus patient in the U.S. Unbeknownst to many at the time, the virus weighing less than a nanogram would prove itself far more dangerous to the global economy than the trade war between the U.S. and China, while also serving as fuel to reignite the dispute between the two countries.

At first, mixed signals came out of the White House, praising Beijing for its swift action against the virus one day and blaming it for covering up the outbreak the next. But by May, Trump went on a full offensive against China once more, blaming Beijing for covering up the true scale of the outbreak, while claiming the virus originated from an accident at a Chinese virology lab.

“As I have said for a long time, dealing with China is a very expensive thing to do. We just made a great Trade Deal, the ink was barely dry, and the World was hit by the Plague from China. 100 Trade Deals wouldn’t make up the difference – and all those innocent lives lost!” Trump tweeted on May 13.

With U.S. production capacities of personal protection equipment (PPE) not nearly enough, and with China – where the majority of the demand was met – overwhelmed due to global demand with the rampaging outbreak, Trump intensified his calls to bring back manufacturing from overseas.

Current and former senior U.S. administration officials told Reuters that the troubled economy and mounting death toll were driving a government-wide push in the U.S. to shift its production and supply chain dependency away from China to other friendly nations.

“We’ve been working on (reducing the reliance of our supply chains in China) over the last few years, but we are now turbo-charging that initiative,” Keith Krach, undersecretary for economic growth, energy and the environment at the State Department, told Reuters.

Turkey's oldest and largest business council, TAIK advocates bolstering trade and economic relations between Turkey and the United States. TAIK members are leading Turkish and U.S. corporations such as Ford, Apple, Microsoft and Turkish Airlines, together making up more than 50% of Turkey’s gross domestic product (GDP).

In the letters dated May 20, Yalçındağ presented business opportunities to each Cabinet member that would help achieve Washington’s objective to shift production away from China.

Following the U.S. decision to stop outsourcing to Chinese companies, Yalçındağ saw an opportunity to accelerate a policy objective on which Washington and Ankara had already agreed. For the past few years, President Recep Tayyip Erdoğan and Trump have both embraced a target to increase bilateral trade to $100 billion. The desire to reach that goal was even voiced by one of the recipients, Secretary of Commerce Wilbur Ross, during his visit to Turkey in September.

Immediately after the letters were sent, articles appeared online claiming Yalçındağ was "personally" lobbying Cabinet members of the Trump administration, with some accusing him of trying to capitalize on the pandemic. Yalçındağ’s transparent efforts in light of his function as chairman of a trade organization were being presented as calling in personal favors, also referring to close relationships between the two presidents.

In a statement, TAIK denied any wrongdoing and criticized the media for acting as if the information TAIK shared with the public was a major news scoop that uncovered secret dealings.

“Certain outlets that, contrary to our organization, are not transparently funded, are willfully and maliciously misleading the public by presenting the existence of these letters as a news ‘scoop’ that they uncovered through investigative journalism while implying that we are trying to curry favor,” the statement read.

“The truth is that our advisers voluntarily registered these letters, and we are proud of these engagements.”

The letters indeed became public the moment TAIK’s public relations firm registered each letter to the respective secretaries, without delay, under the Foreign Agents Registration Act that requires registering lobbying activities that would benefit a foreign country.

“Both President Donald Trump and President R. Tayyip Erdoğan have recently expressed their support to deepening and extending our economic relations. To this end, we have commissioned professional services by reputable third parties to advise us on avenues that can be pursued to reach that objective,” TAIK wrote.

Speaking to Daily Sabah on the condition of anonymity, a TAIK official said these outlets were trying to portray legitimate business activities as murky personal dealings.

"Everything is transparent and above board. There is no scoop here and no uncovering of a conspiracy. TAIK knew the letters would be publicly available in advance as FARA requires, a nearly century-old law."

While the pandemic might have stopped the gears of global trade, until the virus threat disappears, neither the U.S. nor Turkey have shown any signs of ignoring their mutual economic targets.