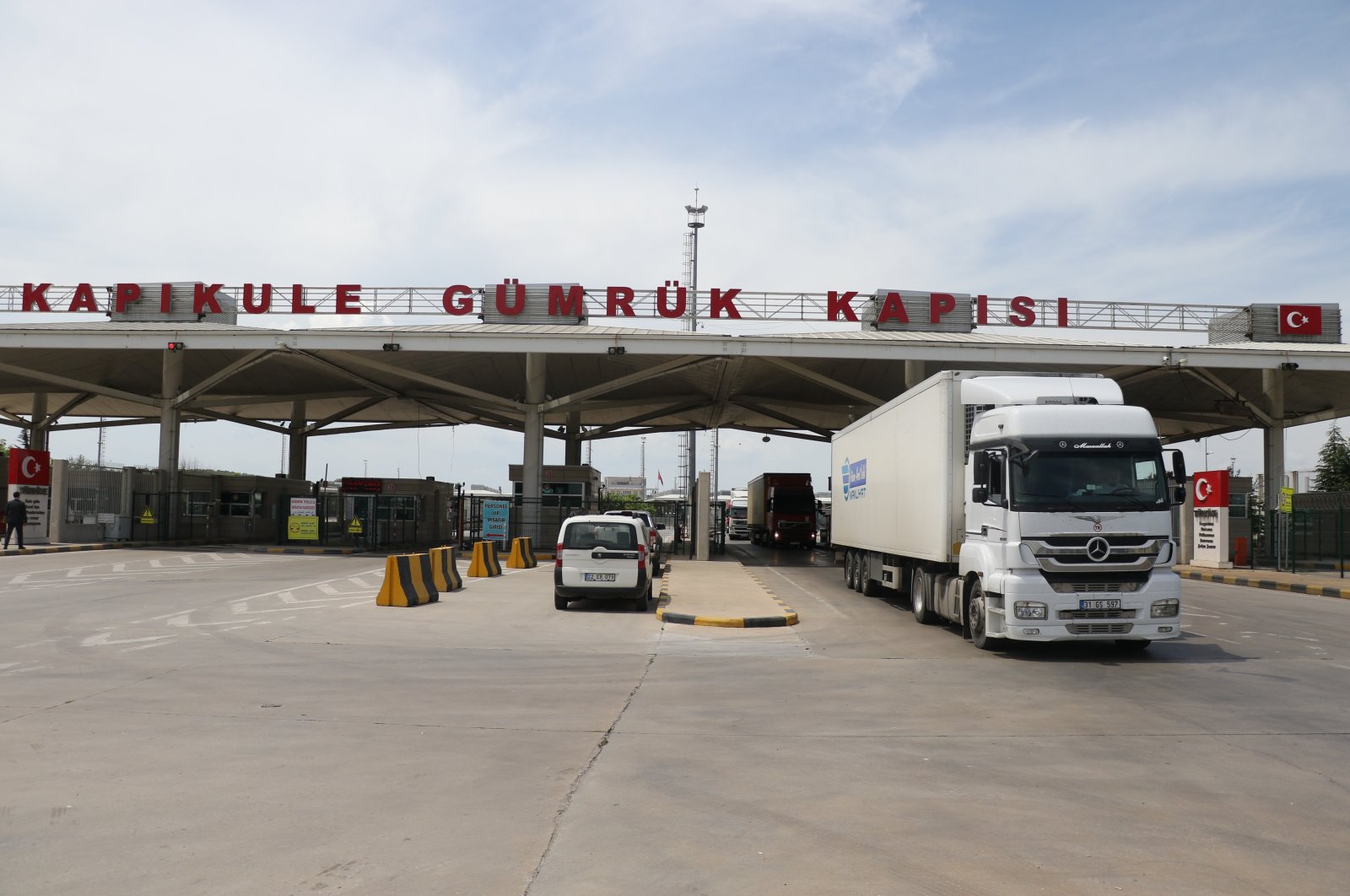 Turkey’s exports to its neighbors rebounded in the first half of this year compared to a year ago when the coronavirus pandemic disrupted trade and prompted the shutting of borders.

Turkey had largely closed its land borders with the neighboring nations in February and March of last year as a precautionary measure to halt the potential spread of coronavirus.

Later on, multiple practices – including buffer zones for trucks – and efforts were undertaken to ensure trade remained unaffected by the curbs.

Turkey’s exports to the aforementioned six nations totaled $6.7 billion in the January-June period of 2020, when the pandemic led to a 6.26% drop in overall foreign sales.

The government had implemented multiple practices to keep trade flowing. Commercial vehicles were making entry-exit operations through container, trailer and driver exchanges in the buffer zone at the border crossings.

For railway, Turkish locomotives had pushed the freight cars onto the neighboring country’s rails, from where another locomotive on the other side would pull them through.

Sales from January through June this year rebounded and jumped 40% to hit $105 billion, marking the highest ever exports figure in the six-month period, official data showed.

Exports to all the neighboring nations rose in the first half of the year versus a year ago.

Iraq was Turkey’s top market among the neighboring countries, as it received more than $3.9 billion worth of Turkish goods in the said period.

Bulgaria and Greece followed with nearly $1.63 billion and $1.26 billion, respectively.

Iran, Syria and Georgia respectively received $997.24 million, $689.93 million and $652.8 million worth of Turkish products from January through June, the data showed.

The chemicals industry topped the list among industries that sold most goods to the neighboring countries.

It accounted for nearly $1.55 billion of overall sales made to the six nations. It was followed by cereals, pulses, oilseeds and other similar products with $1.1 billion and steel with $760.92 million, the data showed.

In addition, Turkey also sold $7.35 million and $5.78 million worth of defense and aviation products and other industrial products to the countries.