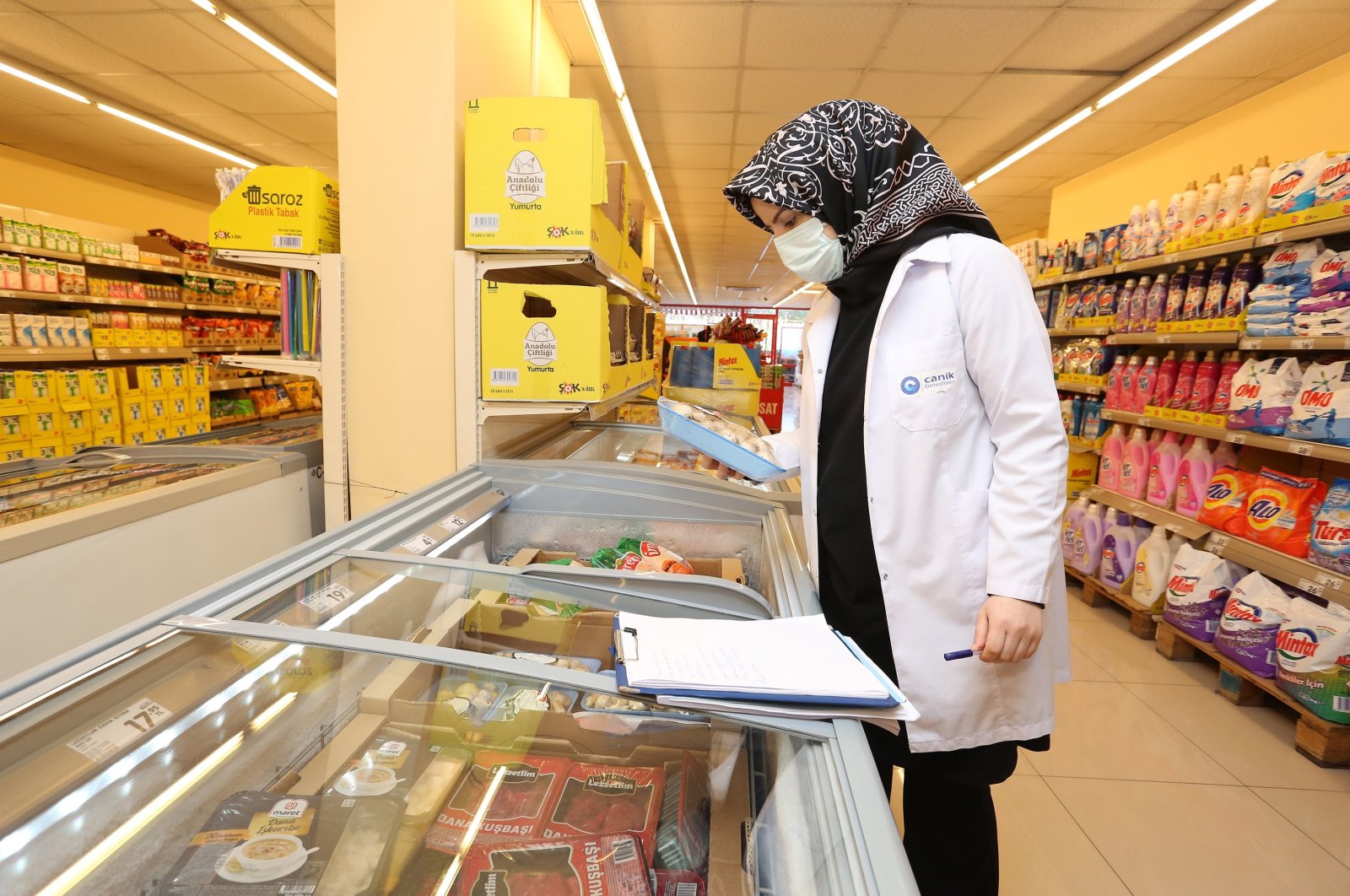 Turkey’s Competition Authority stepped in to address unjustifiably high food prices that have recently dominated local headlines. It has prepared a 138-page sector report that includes suggestions to protect both producers and consumers. Accordingly, the Trade Ministry and the Agriculture Ministry plan to take legal steps in accordance with the suggestions, while the Competition Authority will also issue secondary legislation.

As part of the new legislation, maturity periods for the products will be reduced, a report by the Turkish language daily Sabah said Saturday. Normally, chain markets take the payment from the citizens in advance but apply maturity to the producer. These terms of up to 60 days put suppliers in a difficult position. With the arrangement, maturity periods will be shortened. They will not exceed 30 days for perishable agricultural and food products or 60 days for other agricultural products. Thus, the risk of order cancellations for perishable foods, which is traditionally placed on the producers' shoulders by chain markets, will now be shared. Likewise, the cancellation of orders will be limited to a certain period and standard.

Supermarkets in the country have also been demanding funds to put producers' goods on the shelf to counter the responsibility and risk of rising prices. Besides, the promotional activity they carry out within the scope of their own marketing is also added to the supplier's advertising expenses. Some even make the supplier pay the wages of the employees who put the product on the shelves. The new regulations stipulate shelf fees, personnel fees or expenses will be the markets' responsibility and not the producers.

The number of stores established by chain retailers will also be limited and a narrower geographical market will be determined. Thus, the same supermarket chain will not be allowed to open a second store within a 1-2 kilometer (0.62-1.25 mile) area, increasing compatibility and allowing space for the local tradespeople.

The sharp spike in food prices in Turkey has caused a nationwide reaction, causing authorities to take action to preserve the citizens’ rights.

Most recently, on Jan. 30, President Recep Tayyip Erdoğan reiterated his frustration with what he said were major differences in food prices and warned that tradespeople could face heavy fines if they keep charging unjustifiably high prices.

“We see that there are very serious price differences in vegetables, fruits and legumes,” Erdoğan told reporters as he vowed that the government would protect its citizens from being crushed by high prices.

As a result of the audits carried out in the last 20 days, 250 companies were found to be charging exorbitant prices for 150 products. The companies that do not provide justification for the discrepancies within the given seven-day period, which was previously 10 days, will be fined. Alongside the tightening of price controls, costs that affect food prices such as feed, logistics and brokerage fees will also be closely monitored.

Turkey’s annual inflation rate climbed more than expected to 14.97% in January, according to official data, while food prices have hit citizens particularly hard, rising another 2.5% in a month and more than 18% in a year.

Presenting the first inflation report of the year last week, Naci Ağbal, governor of the Central Bank of the Republic of Turkey (CBRT), noted that rises in food prices were an important risk to overall inflation in 2021.

According to another Sabah report, the Ministry of Commerce is adopting a "data matrix" application in the Product Tracking System to identify those who charge exorbitant prices. Thanks to this system, details such as weight, price processes, expiration dates and manufacturing can be seen by scanning a QR label; thus all stages, from producer to consumer, for vegetables and fruits will be recorded.

Apart from fresh produce, consumers are also complaining about an unpredictable and unjustifiable increase in the prices of sunflower and olive oil.

According to data provided by the Consumer Associations Federation (TÜDEF), which compared the olive oil and sunflower oil prices in Turkey with the U.K. and Greece, Turkey’s prices, despite hosting a major olive and olive oil market, are higher than that of Britain, which imports olive oil from Spain.

TÜDEF Food and Health Committee Chairperson Sinan Vargı said about the research that consumers who cannot afford to buy 5 liters of oil have to pay 50% more when they buy a liter of oil.

“Five liters of oil come to TL 13-TL 14 ($1.84-$1.98) in chain markets, while the same oil’s price reaches up to TL 20 to TL 21 when purchased in a 1-liter package. The prices on websites famous for 'selling cheap goods' are also expensive. When the shipping costs are added, 1 liter of sunflower oil costs TL 30-TL 35. In the price comparison we made with the U.K., it was revealed that there is a twofold to threefold difference,” he said, as quoted by the Hürriyet daily.