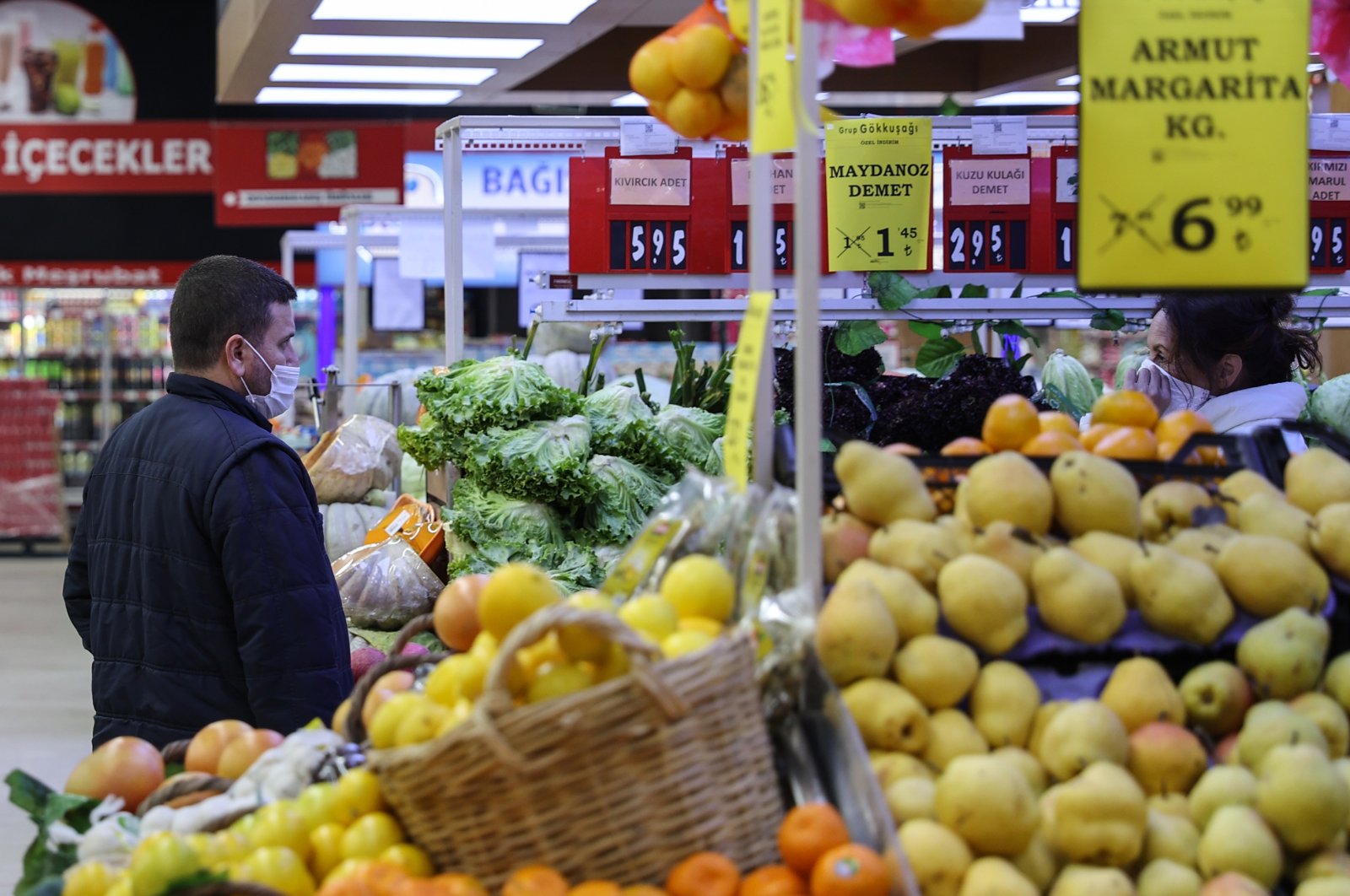 President Recep Tayyip Erdoğan on Friday reiterated his frustration with what he said were major differences in food prices and warned that tradesmen could face heavy fines if they keep charging unjustifiably high prices.

“We see that there are very serious price differences in vegetables, fruits and legumes,” Erdoğan told reporters after Friday prayers in Istanbul, as he vowed that the government would protect its citizens from being crushed by high prices.

Presenting the first inflation report of the year, Central Bank of the Republic of Turkey (CBRT) Governor Naci Ağbal on Thursday warned that rises in food prices were an important risk to overall inflation in 2021.

Having repeatedly said it would take a stronger approach to tackling inflation under the new governor Ağbal, the central bank has raised its policy rate by 675 basis points to 17% since November.

Ağbal on Thursday reaffirmed the bank's commitment to upholding tight monetary policy even if more “front-loaded” steps are needed. He also stood by a forecast that inflation would fall to 9.4% this year.

He said the bank would keep policy tight until inflation comes down to the 5% target, which he said would not happen until 2023.

In November Erdoğan had said that “bitter medicine” like high rates were needed to cool prices.

He added that a structural solution needs to be found to stabilize food prices, which have been the main driver behind the rise in inflation in recent months.

“I call on all tradesmen from here; if you continue this process in this way, very severe penalties could find you. And for that, please do what you do right, and do not oppress our citizens,” Erdoğan said.

The president this week instructed officials to investigate increases in food prices, saying that the Turkish people should not be expected to endure high inflation and high interest rates.

To date, some 495 firms that have been found to have been charging exorbitant prices for basic goods and food have been fined TL 15.48 million by the Unfair Price Assessment Board, consisting of government officials and private sector representatives.

Erdoğan said audits by the Trade Ministry would continue more intensively in the coming months.

The country’s largest business groups this week stressed Turkey should make the battle against inflation the primary goal of economic and monetary policy.

“Every economic recovery that begins without price stability is short-lived and narrows the investment horizon for businesses,” said a statement by the Turkish Industry and Business Association (TÜSIAD), the Union of Chambers and Commodity Exchanges of Turkey (TOBB), the Independent Industrialists and Businessmen Association (MÜSIAD) and the Turkey Tradesmen and Artisans Federation (TESK).

“We are closely following the reform agenda led by President Recep Tayyip Erdoğan and support the primary goal of fighting inflation,” they said.

A Reuters poll of 14 economists on Friday predicted that the annual inflation will rise to 14.68%.

A survey of 17 economists by Anadolu Agency (AA) on Friday also projected the inflation rate to hit 14.75%. The median forecast for monthly increase stood at 1.48%.

“Until concrete structural measures are fully implemented, the CBRT may have to raise interest rates further if international food and other commodity prices continue to rise, which would have an adverse impact on inflation expectations,” Matys said in a note.