Turkey to crack down on steep price hikes amid wildfire battle 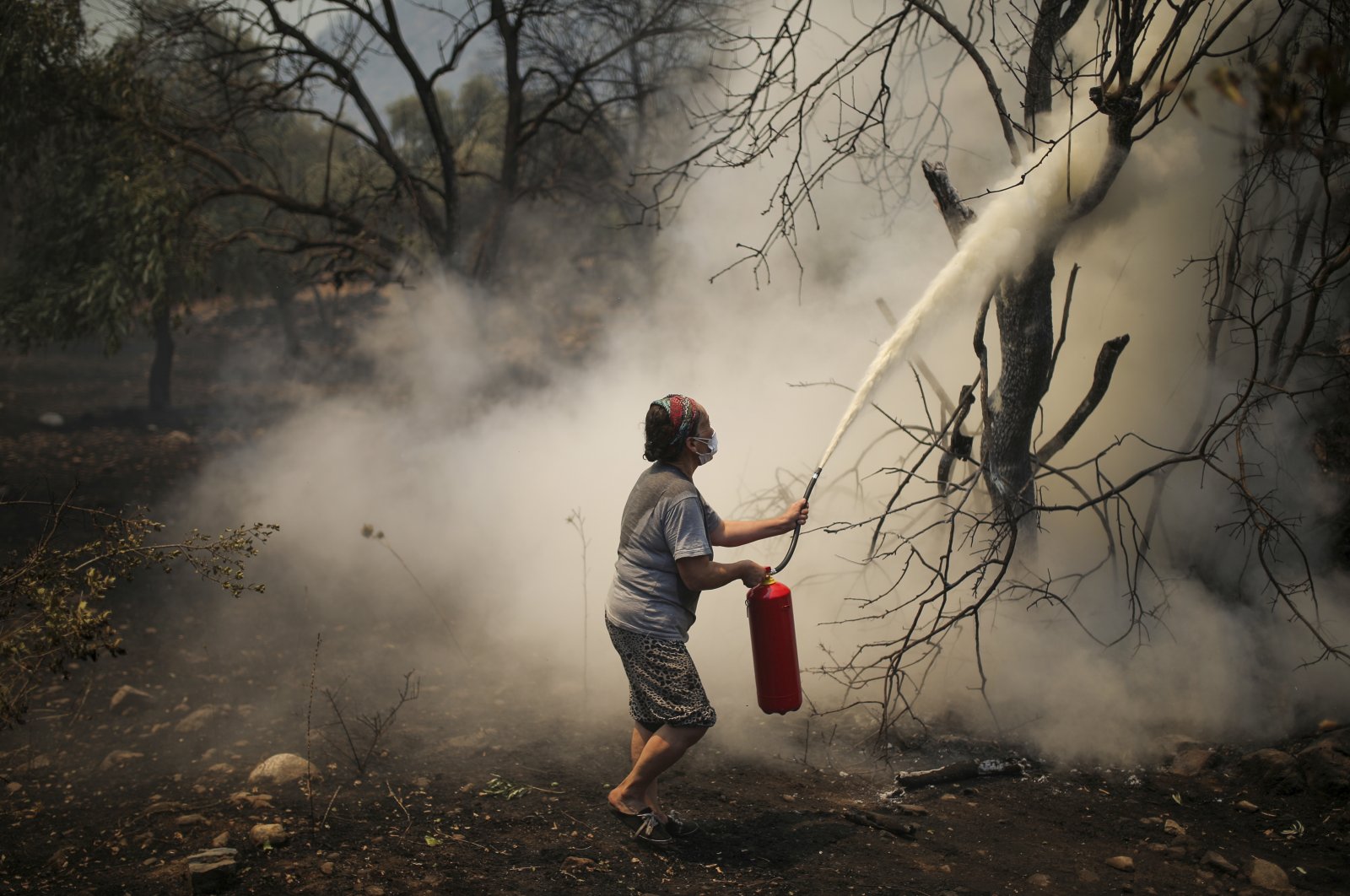 Turkey vowed Wednesday to crack down on steep hikes in prices of basic equipment as the nation battles its worst fires in at least a decade, erasing pristine forests and rich farmland across swaths of the Mediterranean and Aegean coasts.

From fire extinguishers to gloves and burn creams, prices of basic equipment are reported to have skyrocketed almost sevenfold in recent days.

Any such abuse will not go unpunished, said Trade Minister Mehmet Muş on related reports, as fire crews pressed ahead with their weeklong battle against blazes tearing through forests and villages on the country’s southern coast.

Fed by strong winds and scorching temperatures, the fires that began last Wednesday have left eight people dead and forced thousands of residents and tourists to flee homes or vacation resorts.

Charred and blackened trees have replaced some of the pine-coated hills in Turkey’s Turquoise Coast while many villagers lost homes and livestock.

More than 150 fires in 32 provinces have been brought under control, according to officials, but new flare-ups are adding to the country’s woes, including the ones that erupted in the western regions over the recent two days.

Amid a growing need for equipment to contain the flames, costs of most sought-after products soared as much as 630%, the Sabah newspaper reported Wednesday. Prices of heat-resistant gloves surged from around TL 44 ($5.21), seen before Aug. 2, to a whooping TL 330, the report suggested. A fire extinguisher ball has been selling for TL 480, a major rise from TL 262 just a couple of months ago.

Among others, prices of a 20-meter fire extinguisher hose have increased to TL 490 as of Aug. 1, up from TL 426 before July. A fire extinguisher tube weighing 6 kilograms has been sold for some TL 200, a 21% increase from TL 165 registered on July 28.

Masks are no exception to the trend. Prices of an active carbon filtered mask rose to TL 241 as of Aug. 1, up from TL 215. Among others, prices of steel-toed shoes, helmets with lamps as well as communication tools such as walkie-talkies also surged by up to almost 15% in a matter of days.

One of the most basic necessities, burn cream, has been sold for around TL 49 as of the week the fires started, in a 180% increase from TL 25 seen before July. A similar hike is said to have been observed in prices of creams helping remove burn/injury scars, which are being sold for TL 280 as of Aug. 2, up from TL 100 a month ago.

“Any abuse that disrupts the work in this period when our country is fighting fires will not go unpunished and opportunists will be penalized,” Muş said on Twitter.

“The necessary audits have been started by the provincial trade directorates of our ministry.”