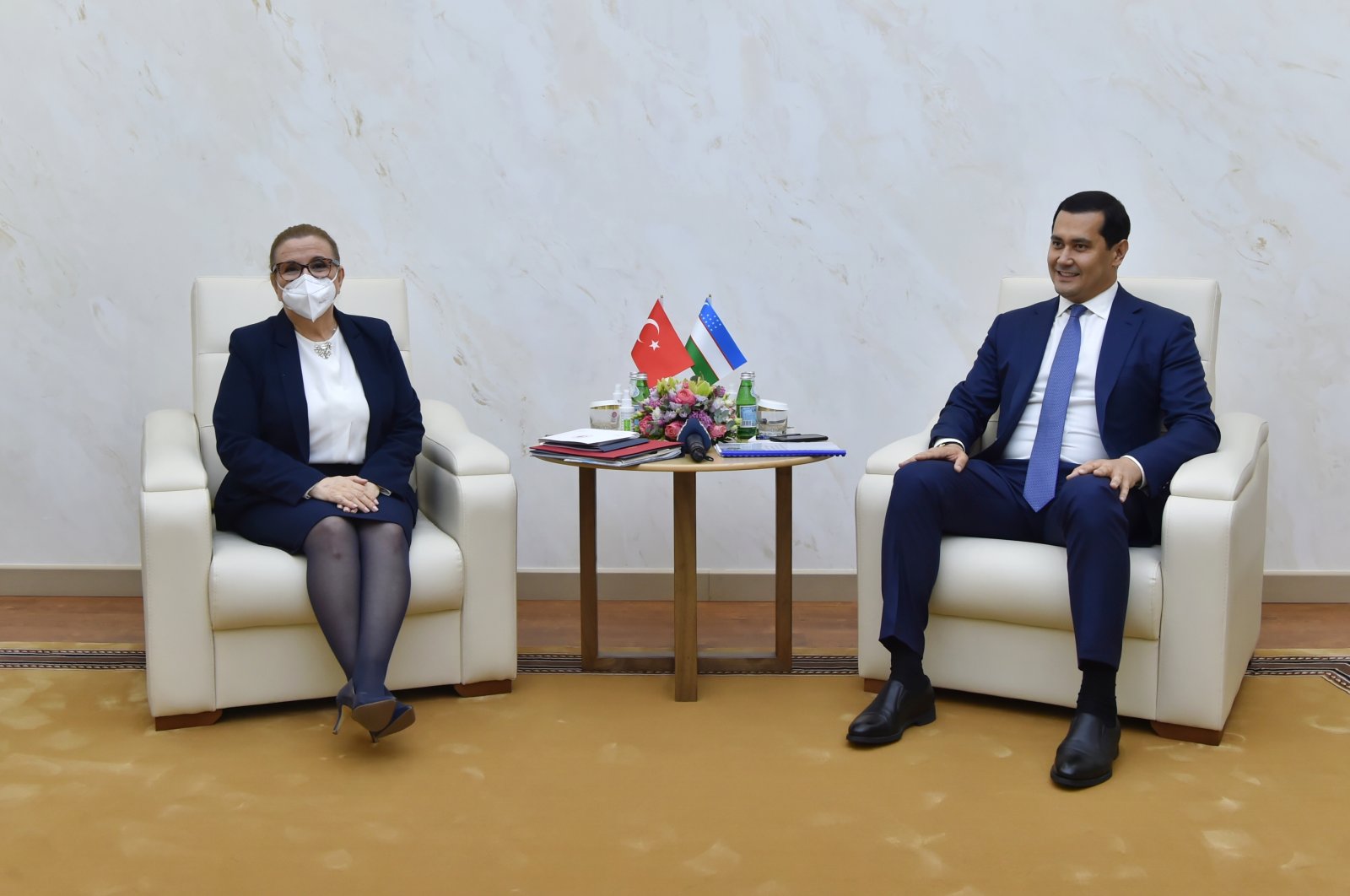 Ruhsar Pekcan, who met her Uzbek counterpart Sardor Umurzakov in Tashkent, said the countries can achieve the target with balanced trade based on a win-win approach.

She recalled that the trade volume between the countries is currently around $2 billion.

A high-level delegation accompanied Pekcan for her visit during which she said, “Our aim is to bring our mutual economic relations to a level that suits the brotherhood and friendly relations between our countries.”

Umurzakov, for his part, welcomed Pekcan's visit and said the two sides will find solutions to the existing problems and improve their relations.

Pekcan, within the scope of her visit, will attend the Uzbekistan-Turkey roundtable meeting and is expected to meet Murodjon Azimov, chairperson of the Uzbekistan State Customs Committee.

On March 19 this year, a memorandum of understanding (MoU) was inked between the two countries to enhance economic cooperation.

Turkish Foreign Minister Mevlüt Çavuşoğlu announced the signing of a memorandum and said, "We have great potential to improve our economic relations, and we will make that happen."