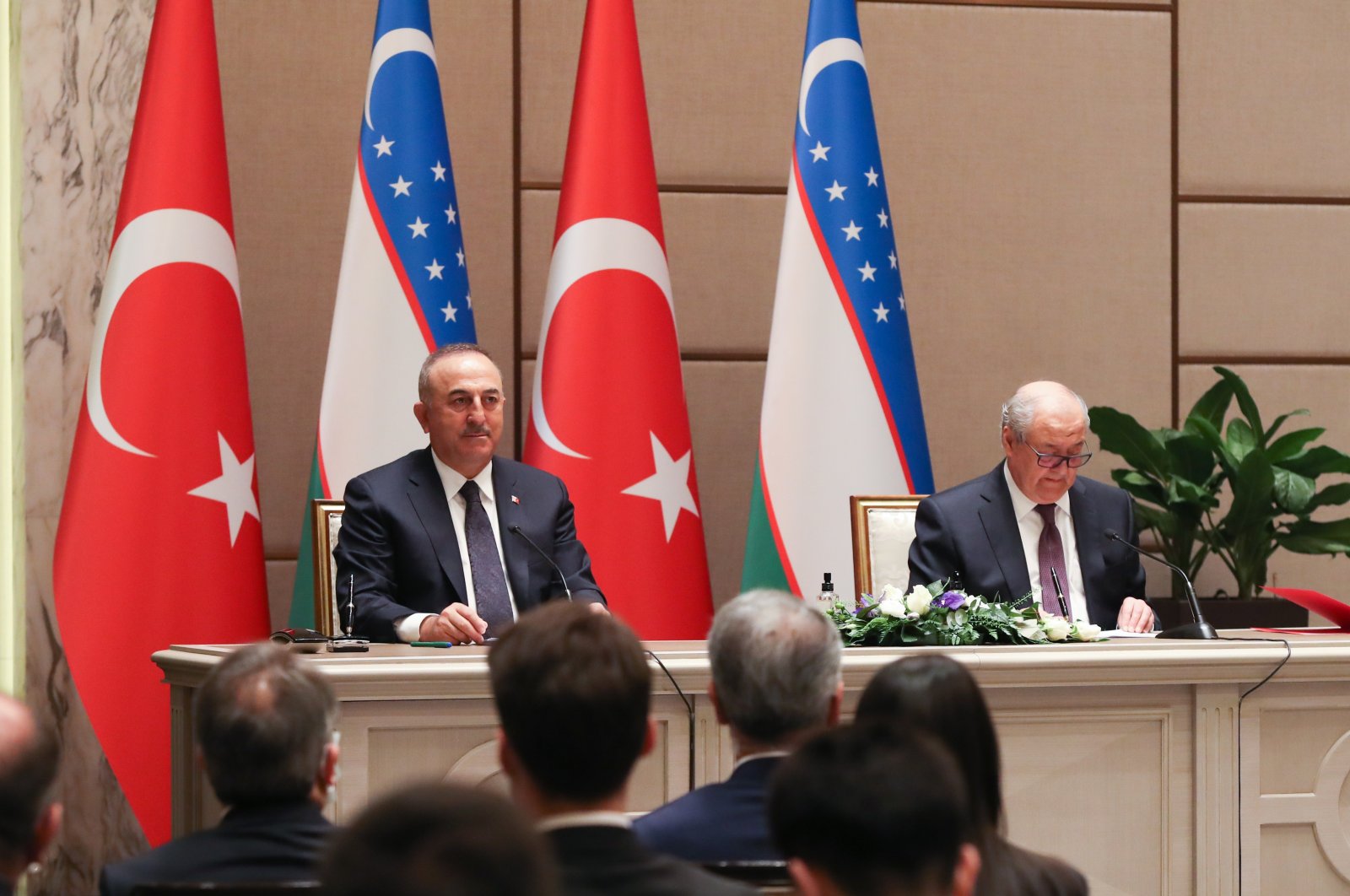 A memorandum of understanding (MoU) was inked Tuesday between Turkey and Uzbekistan as the two countries look for ways to improve bilateral relations and economic cooperation.

Turkish Foreign Minister Mevlüt Çavuşoğlu, in a joint press conference in the Uzbek capital Tashkent, announced the signing of a memorandum and said: "We have great potential to improve our economic relations, and we will make that happen."

Çavuşoğlu said the memorandum "will further develop the relations between both our ministries and our countries, and in the upcoming period, to increase trade, we intend to sign a preferential trade agreement and a free trade agreement (FTA)."

Hailing the bilateral relations between the two countries, the Turkish foreign minister noted that Turkey is among Uzbekistan's top five trade partner countries, highlighting that Turkey has invested in the country the most.

Prior to the joint press conference, Çavuşoğlu and Kamilov had a meeting where the countries' delegations exchanged views regarding the agenda of the High-Level Strategic Cooperation Council.

"As we start the preparations for the second meeting of the High-Level Strategic Cooperation Council, we will also follow the implementation of the decisions taken and the agreements we signed at the first summit," Çavuşoğlu said.

"We will also discuss the Turkic Council, Afghanistan and other regional issues," he added.

Regarding the high-level strategic cooperation between Turkey and Uzbekistan, Uzbek Foreign Minister said: "Uzbekistan held the meetings of Joint Strategic Planning Group and the High-Level Strategic Cooperation Council with only Turkey."

"There are very important issues on our agenda, and we aim to take strategic cooperation to the next level," he said

Kamilov also said that they would hold the Strategic Planning Group's second meeting and discuss the preparation for the High-Level Strategic Cooperation Council meeting.

He stated that President Shavkat Mirziyoyev will receive Çavuşoğlu who will then meet with Deputy Prime Minister and Minister of Investments and Foreign Trade Sardor Umurzakov.

Noting that Çavuşoğlu quickly picked up the Uzbek language during his three-day visit, Kamilov added: "Once again, you are welcome to Uzbekistan. Uzbekistan is your second home. You are well-known and appreciated in your fatherland, Uzbekistan."

Çavuşoğlu, during his visit to Uzbekistan, inaugurated a new consulate general in the historical Uzbek city of Samarkand on March 7.

Turkey and Uzbekistan's defense ministers signed a military agreement last year and underlined their will to further cooperate in the fields of military, defense and security.