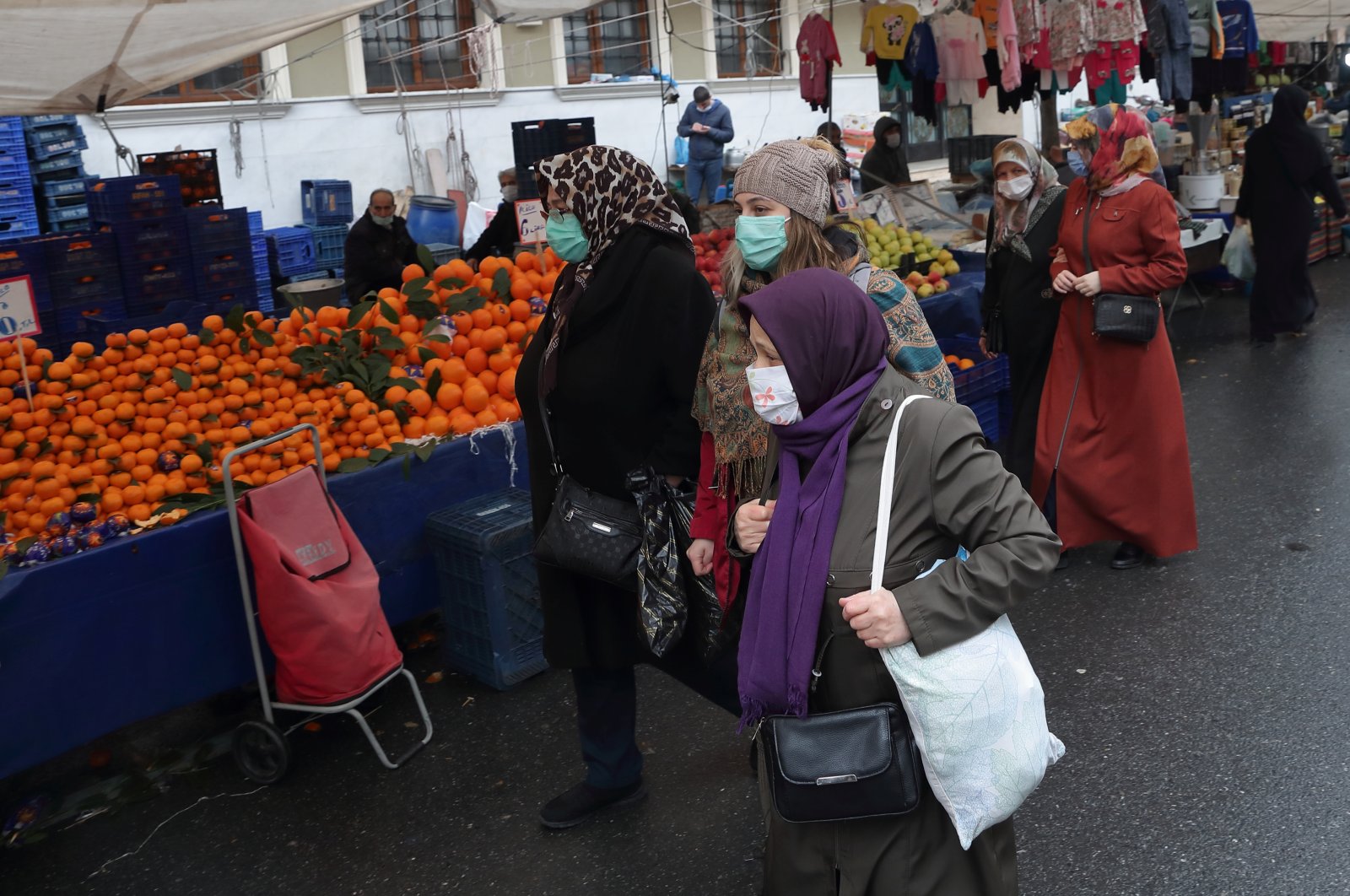 Turkey’s central bank chief reaffirmed a commitment to holding tight monetary policy on Thursday even if more “front-loaded” steps are needed and he also held firm to a forecast that inflation would drop below 10% by year-end.

“It is too early to speak of interest rate cuts,” Central Bank of the Republic of Turkey (CBRT) Governor Naci Ağbal said in a videoconference, unveiling the bank's first quarterly inflation report of the year.

But Ağbal, who took the CBRT’s reins in early November, stood by the bank’s forecast that it would fall to 9.4% this year.

“We are aware there are upside risks to this forecast (but) the strong impact of the tight policy stance will achieve a fall in inflation to 9.4% at year-end.”

The inflation will fluctuate between 7.3% and 11.5% through the end of the year, he said.

Ağbal noted that the annual consumer prices index (CPI) was expected to fall to 7% by the end of 2022.

He promised “decisive” and cautious policymaking until an official 5% target is reached at the end of 2023. “We have expressed our commitment to make further tightening if necessary,” the bank chief said.

The lira firmed in response and analysts noted Ağbal has maintained a hawkish stance since President Recep Tayyip Erdoğan appointed him, setting the stage for rates to remain higher for longer than previously expected in 2021.

“The (bank) will implement a full-fledged inflation targeting strategy” this year until the results are clear, the report said, adding “additional front-loaded tightening will be implemented” if necessary.

The CBRT delivered a cumulative increase of 675 basis points since November as it hiked its benchmark policy rate – the one-week repo rate – to 17% from 10.25%.

At its first Monetary Policy Committee (MPC) meeting of the year, the bank left the key policy rate unchanged, pledging to keep it elevated for an “extended” period and deliver additional tightening if needed.

The central bank will work patiently toward its price stability goal, Ağbal stressed, adding that achieving “lasting” price stability will reverse a dollarization trend in which Turks have bought up record levels of hard currencies.

Full-fledged inflation targeting the regime will be decisively implemented within a simple operational framework, Ağbal said.

He noted that rises in food prices were an important risk to overall inflation in 2021.

The appointment of Ağbal last November was welcomed by markets and investors, who said the bank’s anti-inflationary narrative sent positive messages to the market, showing a determined return to orthodox policies.

Since he was appointed, foreign fund inflows have picked up due in part to the higher yields and also due to a wave of investment in emerging markets.

More than $15 billion has streamed into Turkish assets since November. A dozen foreign money managers and Turkish bankers Monday said those inflows could double by mid-year, especially if larger investment funds take longer-term positions, following on the heels of fleet-footed hedge funds.

Gains by the Turkish lira against the U.S. dollar will reduce inflationary pressure, but producer inflation continues on an upward trend, maintaining pressure on consumer prices, according to the governor.

The lira has been the best performing emerging market currency so far in 2021, Robin Brooks, the chief economist at the U.S.-based Institute of International Finance, said Wednesday.

“Lira outperformance stems primarily from the policy shift that took place in November 2020 and is ongoing,” Brooks said on Twitter.

He noted that the outperformance is especially remarkable given the current valuation of the South African rand or the Brazilian real, which are significantly down.

According to Timothy Ash, a senior emerging market strategist at the London-based BlueBay Asset Management, the center has “a decent” new governor, who he said is committed to an orthodox and credible monetary policy.

"(Naci) Ağbal is key to the market turnaround," he said on Twitter.

Ağbal added that economic growth showed a strong trend at the end of 2020 but has slowed according to recent indicators, partly due to monetary tightening that sharply slowed credit growth.

A burst of state bank-driven lending led to a strong rebound in the second half of 2020 as the country’s gross domestic product (GDP) soared to a more-than-expected 6.7% growth rate in the third quarter.

Ağbal said the overall recovery in the second half of last year improved employment in the wake of the first coronavirus wave earlier in 2020.

He noted that recent virus-related restrictions had a slowing effect on parts of the economy.

Rising COVID-19 cases throughout the country prompted the government to reimpose measures as of late November as it adopted full lockdowns on weekends and nighttime curfews on weekdays. It limited the working hours of some businesses, including restaurants, cafes and shopping malls.