Turkey vows to implement policies to maximize credibility for investors 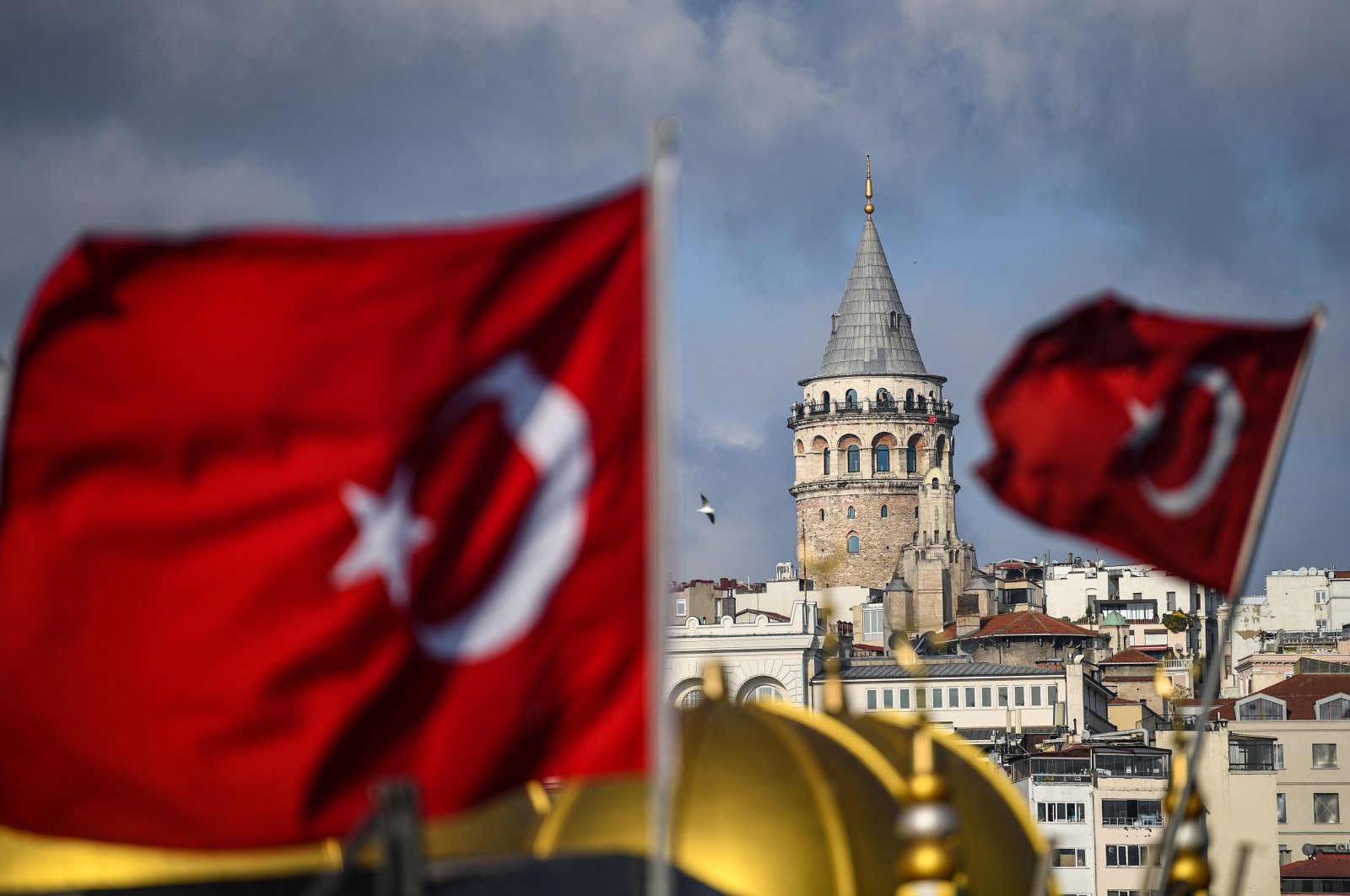 The iconic Galata Tower is pictured next to Turkish national flags during a weekend curfew aimed at curbing the spread of the COVID-19 pandemic, Istanbul, Turkey, DeC. 6, 2020.
by DAILY SABAH WITH AA Dec 08, 2020 11:57 am
RECOMMENDED

Turkey will be implementing policies that will maximize credibility for both domestic and foreign investors, the country’s treasury and finance minister said Tuesday.

“We will implement policies to boost credibility for investors. No one will be left with question marks in their minds,” Treasury and Finance Minister Lütfi Elvan told the virtual International Investment Forum.

“We will solve every issue in line with the market economy and in a transparent, accountable, rational and predictable way,” Elvan said.

The five-day virtual forum that started Monday is being organized by the International Investors Association (YASED).

“In the upcoming period, we will further improve the investment environment with additional reforms in this area,” Erdoğan told the summit on Monday.

He said the government is determined to make the country a center for domestic and international investors by offering low risk, high confidence and satisfactory earnings.

Direct investments made in Turkey to the tune of nearly $220 billion (TL 1.72 trillion) since 2002 represent the trust of international entrepreneurs, Erdoğan said.

He said the government has launched new reforms in law, democracy and the economy in order to create a better investment environment without excluding anyone, adding that they are open to constructive criticism and innovative ideas.

Elvan said Turkey offers significant opportunities for investors looking for a new and safe haven, and the country has launched mobilization in the fields of economy and justice to become an attraction center for investments.

He said the country would resolutely implement reforms that will make the future predictable for investors.

Also addressing the summit, Industry and Technology Minister Mustafa Varank said Turkey had seen foreign direct investment (FDI) inflows of nearly $22 billion per year; however, the performance over the last couple of years has not been at the desired level.

Global FDI is expected to drop by around 40% this year due to the pandemic, Varank said.

Preparations are aimed to be completed this month, and the strategy will be shared with the public at the beginning of 2021, Varank said.

“For us, there are no foreign investors but entrepreneurs. Come and meet with Turkish hospitality,” Varank said in a separate meeting yesterday.

Turkey has become an attraction center for global investments with its reforms over the last 18 years, he told the Turkey-Hungary Joint Economic Commission meeting in the capital Ankara.

The minister also recalled that there is a new comprehensive reform package in the economy and justice fields in Turkey.

People who trust Turkey and invest in the country will earn much more than their expectations in this period, he noted.

“Turkey is also part of the investment facilitation working group with the World Trade Organization (WTO). Here, we are actively involved in the work to be done in terms of legal predictability, transparency and easy access to public services for investors,” Pekcan said in her address at the investment summit.

She also noted the attention the country attaches to improving the investment environment.

Elvan underscored that the country has well-developed production, as well as research and development (R&D) infrastructure, and Turkish industries are able to manufacture almost every product.

“In the manufacturing industry, we have a supplier infrastructure that works flawlessly and can quickly adapt to changing conditions,” he underlined.

The diversity of logistic facilities, incentives and especially its dynamic and qualified workforce raise profits and productivity of all entrepreneurs who invest in Turkey, he added.

Elvan also said the government is focused on macroeconomic, financial and price sustainability.

“We are very determined to fight inflation, and the central bank has all kinds of instrument independence.”

The country’s annual inflation jumped by more than expected to 14.03% in November, its highest since August 2019, keeping up the pressure for tight monetary policy after a sharp rate hike last month.

“Our monetary and fiscal policies will be coordinated,” Elvan said.

The Central Bank of the Republic of Turkey’s (CBRT) Monetary Policy Committee (MPC), which hiked its benchmark rate by 475 basis points last month to 15%, will meet on Dec. 24 to discuss interest rates.

Touching on the pandemic conditions, he said global supply chains have been changing with several multinational companies seeing the disadvantages of depending on a single supplier.

“In the coming period, new production locations will probably appear, and Turkey offers significant opportunities for investors looking for a new and safe haven,” Elvan stressed.