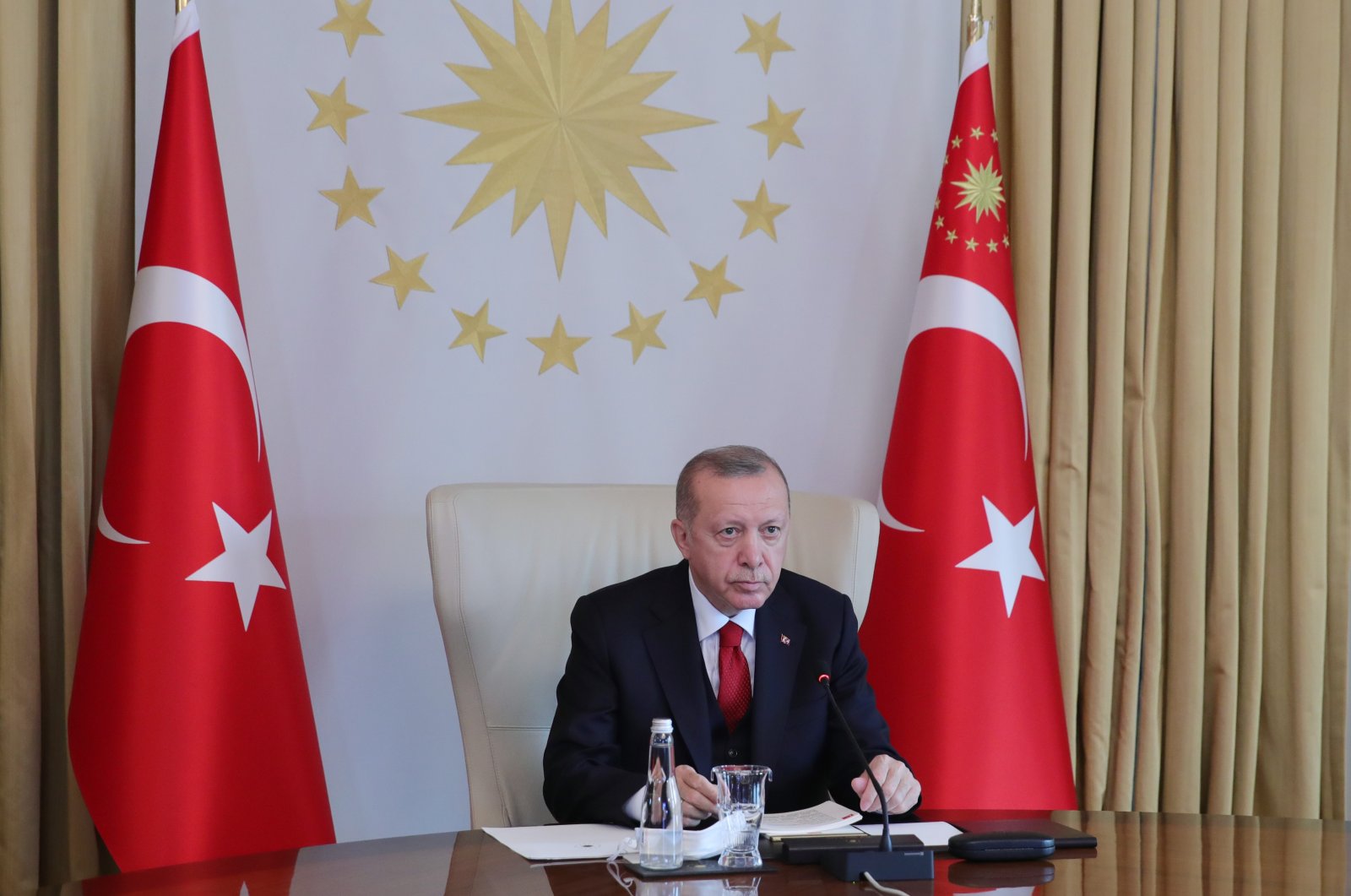 The pandemic should not slow down the momentum in Turkey-Africa relations, President Erdoğan said, noting the target is to raise the bilateral trade volume to over $50 billion in the next few years

Erdoğan's remarks came during his speech at the opening ceremony of the virtual Turkey-Africa Economy and Business Forum, which kicked off Thursday.

"They (Turkish companies) have so far undertaken nearly $70 billion (TL 555 billion) worth of projects across the continent. The market value of these projects has exceeded $6 billion," the president noted.

Organized by Turkey’s Foreign Economic Relations Board (DEIK) in cooperation with the Trade Ministry and the African Union, the two-day event looks to lay new ground to strengthen Turkey’s existing relations with the continent, while providing new opportunities amid the critical period of the coronavirus pandemic.

“We must not allow the negativity caused by the pandemic to diminish this momentum in our relationships. We should move our trade volume, which reached $26.2 billion by the end of 2019, to over $50 billion in the next few years,” Erdoğan said.

Erdoğan stressed that efforts in recent years enabled the trade volume with the continent to reach $26.2 billion in 2019, up from only $5.4 billion in 2003.

Representatives of private sector institutions from both Turkey and African countries and the chairpersons of trade and industry chambers are also attending the event.

The event is organized to evaluate business opportunities in Africa during the pandemic period as well as the post-pandemic era, along with reaching new markets and potential purchasers, establishing new trade and investment partnerships and finding new financial tools.

Turkey’s bilateral relations with the continent have gained momentum in the last decade and entered into a more sustainable period as Ankara has been establishing high-level contacts.

The foundation stones of Turkey's Africa policy in the new Republic were laid in 1998, during the time of then-Foreign Minister İsmail Cem, although historical ties date back to the Ottoman Empire. Yet, the actual jump can be said to have been made in 2005, which was also declared as a "Year of Africa" by Ankara, and Turkey was accorded observer status by the African Union (AU) the same year, under Erdoğan's leadership, who was prime minister at the time. Relations between Turkey and Africa have gained particular strength since the declaration of Turkey as a strategic partner of the continent by the AU in 2008.

“We have increased the number of our embassies on the continent to 42 and commercial counselors to 26," he added.

“Although we have achieved the greatest achievements of our history, we never consider our position sufficient. We are constantly fighting to get better, move forward. Here I would like to express this fact again clearly. Turkey, which has millennia of ancient ties to the continent, is the fated partner of Africans. The essence of our relations with Africa is sincerity, brotherhood, solidarity. We never pursue short-term interests. We want to win together, to achieve together, to walk the road together,” Erdoğan said.

While improving its relations with the continent, “we also want to benefit from the experiences of our African brothers," he said.

“The third Turkey-Africa Partnership Summit we will organize next year in Turkey will provide us with an important opportunity in this process,” Erdoğan added.

The president also noted that Turkey supports the initiative by the Group of 20, of which Turkey is a member, to defer debts related to the least developed countries receiving international development aid.

“We have responded to calls for support from 154 different countries and eight international organizations around the world, regardless of religion, language, race and color,” Erdoğan said.

Forty-six African countries are among the nations to which Turkey provided medical supplies and equipment, he added.

"We are proud to see the contribution of Turkish-made equipment, including ventilators and masks, to Africa's fight against the coronavirus," Erdoğan said.

Every year, thousands of people from African countries seek a cure for their diseases at Turkish hospitals, the president noted.

“We can further advance our cooperation in this area, which has many dimensions such as investments, technical support, pharmaceutical and medical equipment trade, and health tourism. The Turkey Africa Health Partners platform, which will be established with this aim, can provide comprehensive and permanent cooperation in the sector. We are ready to support any steps in this direction,” Erdoğan said.