Turkey’s exports bounce back with 15.8% growth in June, hitting nearly $13.5B 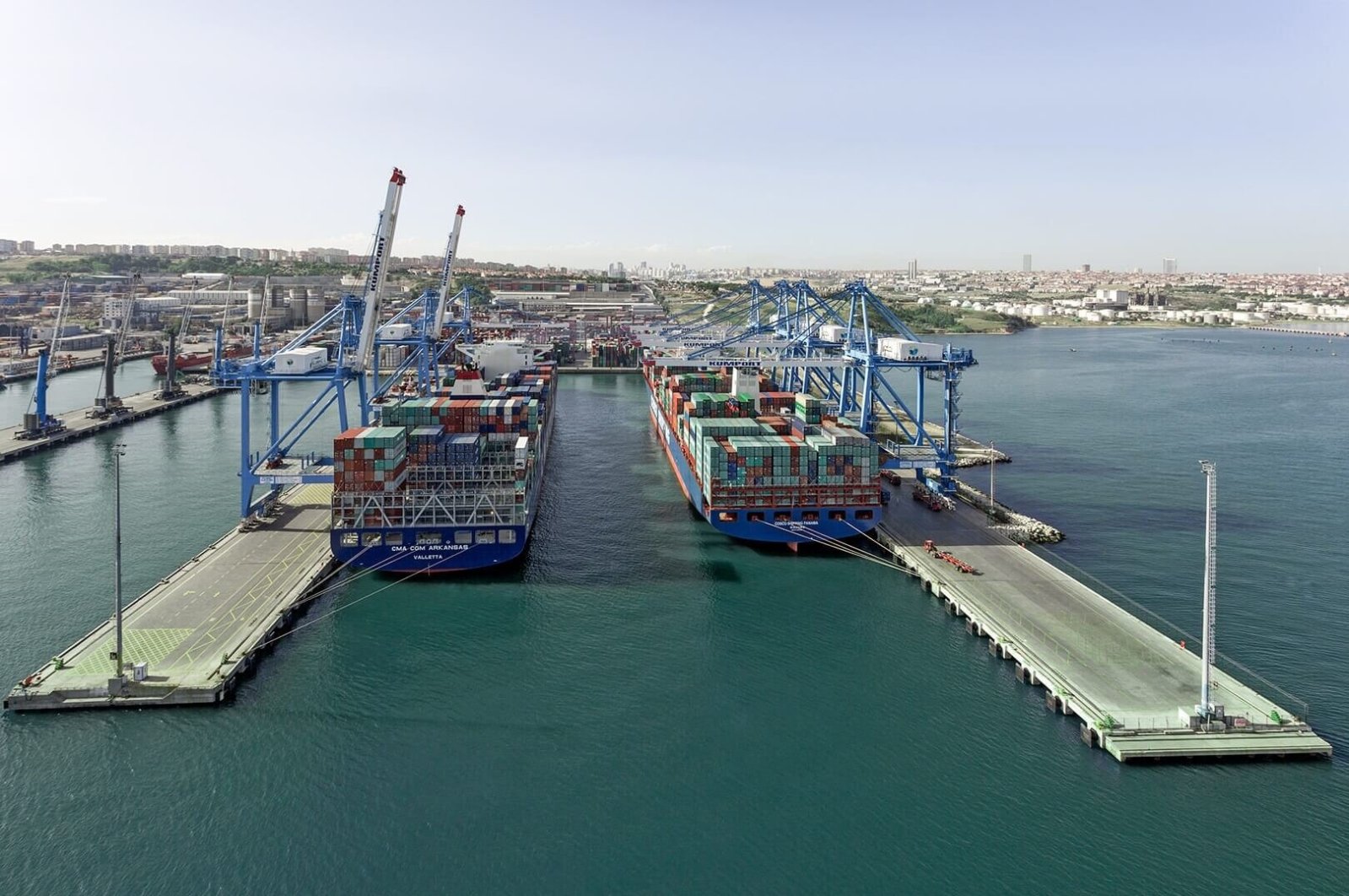 Container ships at Kumport, one of Turkey's largest ports, Istanbul. (Courtesy of Kumport)
by DAILY SABAH WITH AA Jul 02, 2020 11:18 am
RECOMMENDED

Turkey's exports in June surged by 15.8% year-on-year, while they registered a 35% month-on-month increase, bouncing back from a decline due to the coronavirus pandemic, Trade Minister Ruhsar Pekcan announced Thursday.

"Looking at the sectors with the highest export growth, there was an increase of 24% in textiles, 20% in iron and steel and 18% in electronics," Pekcan explained.

While the automotive industry stayed on top as Turkey's leading export sector, in June its exports fell 11% year-on-year but rose 80% month-on-month, she added.

Pekcan also said Turkey's highest increase in foreign sales by country came in its exports to the U.K., up 43% in the month compared to the same month in 2019.

Exports to Italy and France posted respective rises of 55% and 45% in June compared to May.

Touting the nation's successes in the face of the pandemic, Pekcan said, "Turkey has distinguished itself in both the economy and health care, sending strong signals of recovery from the crisis thanks to the dedicated work of our exporters, manufacturers and industrialists."

Government measures provided a shield to protect local producers and industrialists, she said.

Pekcan also highlighted the demand for updating the Customs Union between Turkey and the European Union, saying both sides would benefit and business leaders on both sides have long pressed for the change.

On the customs deal, she urged "putting politics on one side and trade and the economy on the other."

Turkish officials and business leaders have long argued that updating the outdated 1995 customs union with the EU would benefit the economies of both sides. Although talks have been stalled as a result of political tensions over the last three years, business circles and officials from both sides have endeavored to maintain dialogue.

On the foreign trade figures, Ismail Gülle, head of the Turkish Exporters' Assembly (TIM), said Turkey's export performance beyond expectations has proven it is a safe haven for global trade.

"We witnessed the positive contribution of public banks and private banks, especially (Türk) Eximbank, to exporters in June, in all sectors," he noted.

This cooperation carries great importance for offering low-interest loans to exporters and positive discrimination for female exporters, he said. The country's June export figures reflect this great effort, he said.