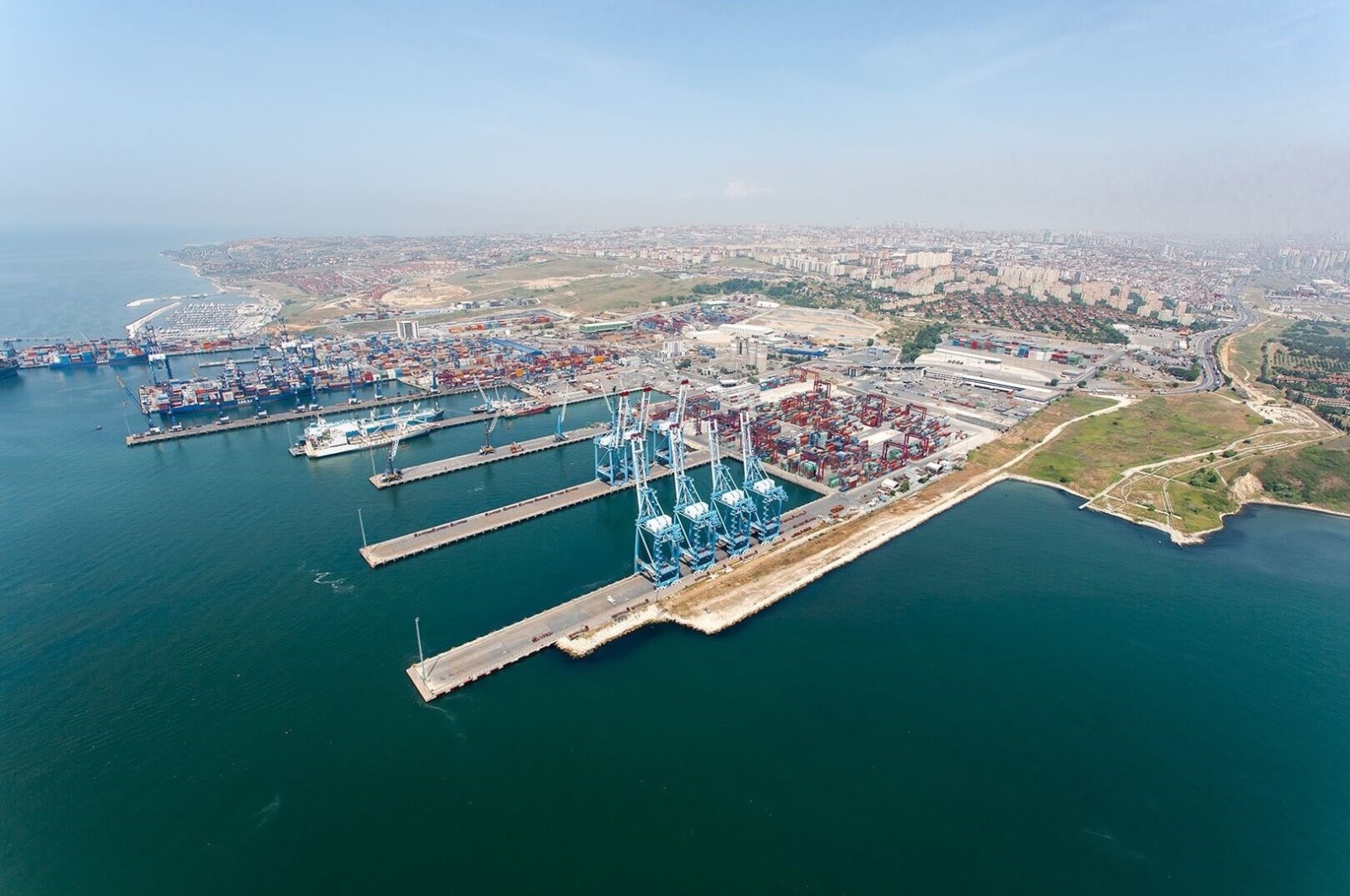 Containers and ships are seen at Kumport, one of Turkey's largest ports, in Istanbul. (Photo courtesy of Kumport)
by DAILY SABAH WITH AA Jul 09, 2020 12:19 pm
RECOMMENDED

Turkey’s exports recorded an increase in 20 out of a total of 27 European Union countries last month, compared with the same period of the previous year. While most foreign sales were made to Germany, the largest growth was recorded in exports to the Greek Cypriot administration with a 230% increase.

Due to the pandemic-related restrictions, Turkey’s exports to the EU – one of the nation's leading business partners – significantly dropped in the March-May period when the negative impact of the COVID-19 outbreak was most deeply felt. With the beginning of normalization processes and the lifting of the restrictions, however, exports to EU countries and other exporting partners have started to perk up.

According to an Anadolu Agency (AA) report published Thursday, which compiled data from the Turkey Exporters’ Association (TIM), sales to the 27 EU countries increased 5.7% year-on-year in June, reaching $5.2 billion, up from $4.9 billion in 2019.

Marking June's highest growth, the Greek Cypriot administration imported $11,066 from Turkey in June last year but increased that by 230.34%, reaching $38,053.

Among EU countries, the greatest volume of exports in June went to Germany with $1.1 billion. They were followed by Italy with $600.3 million, France with $574.6 million, Spain with $439.5 million and the Netherlands with $362.9 million.