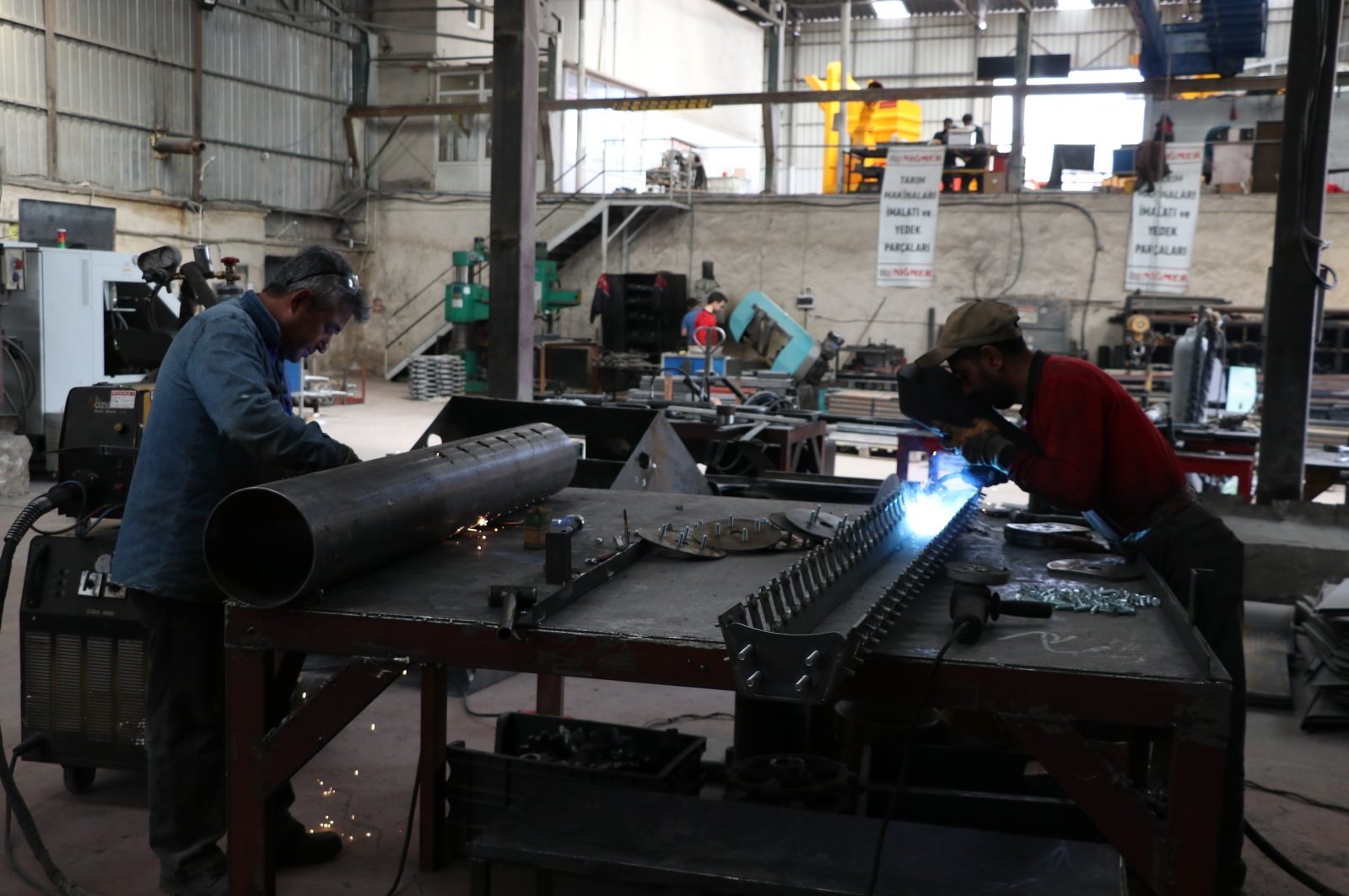 Turkey’s manufacturing sector's recovery continued in January, as the headline index reading showed the industry posted its most robust improvement in business conditions since July 2020.

Turkey's Purchasing Managers' Index (PMI) for the manufacturing sector rose to 54.4 in January, data from the Istanbul Chamber of Industry (ISO) and London-based global data firm IHS Markit showed Monday, staying above the 50 mark that separates expansion from contraction.

Output, new orders and exports all showed growth following the second wave of the coronavirus outbreak and initial vaccine rollouts. The index was up from 50.8 in December.

Output returned to growth following a two-month sequence of moderation caused by a renewed wave of the pandemic, the panel said. Higher new orders and coronavirus vaccine news contributed to the rise in production, it said.

The growth in new orders led firms to hire more staff, the panel said, with personnel levels rising at their fastest pace in over three years.

Input costs continued to rise sharply, according to the panel, as firms experienced severe disruptions to supply chains with delays linked to raw material shortages.

“Data highlighted a positive start to the year for the Turkish manufacturing sector. ... The key highlight from the latest survey was a sharp rise in employment,” said Andrew Harker, economics director at IHS Markit.

“Positive vaccine news contributed to the more buoyant picture in January. As with economies all over the world, the near-term fortunes of the sector will depend on developments related to the pandemic and vaccine rollout.”

On Jan. 28, Turkey expanded its vaccination efforts to citizens aged 75 and above. The country managed to inoculate more than 1.5 million people against the coronavirus in two weeks, a positive course contributing to the recovering of business activity.

According to the latest data, a total of six sectors increased production in January and three of them switched to the growth zone after the initial slowdown.

The largest production increase was seen in base metal manufacturers, while the most significant decrease was recorded in electric and electronic product manufacturing firms.

Though production continued to decrease in the clothing and leather products sector, the decrease recorded was at a much slower pace when compared to December.

The strongest increase in orders was in the land and marine vehicles sector in which the signs of recovery were already present in exports.