Turkey's industrial output down 2% in March as pandemic delivers blow 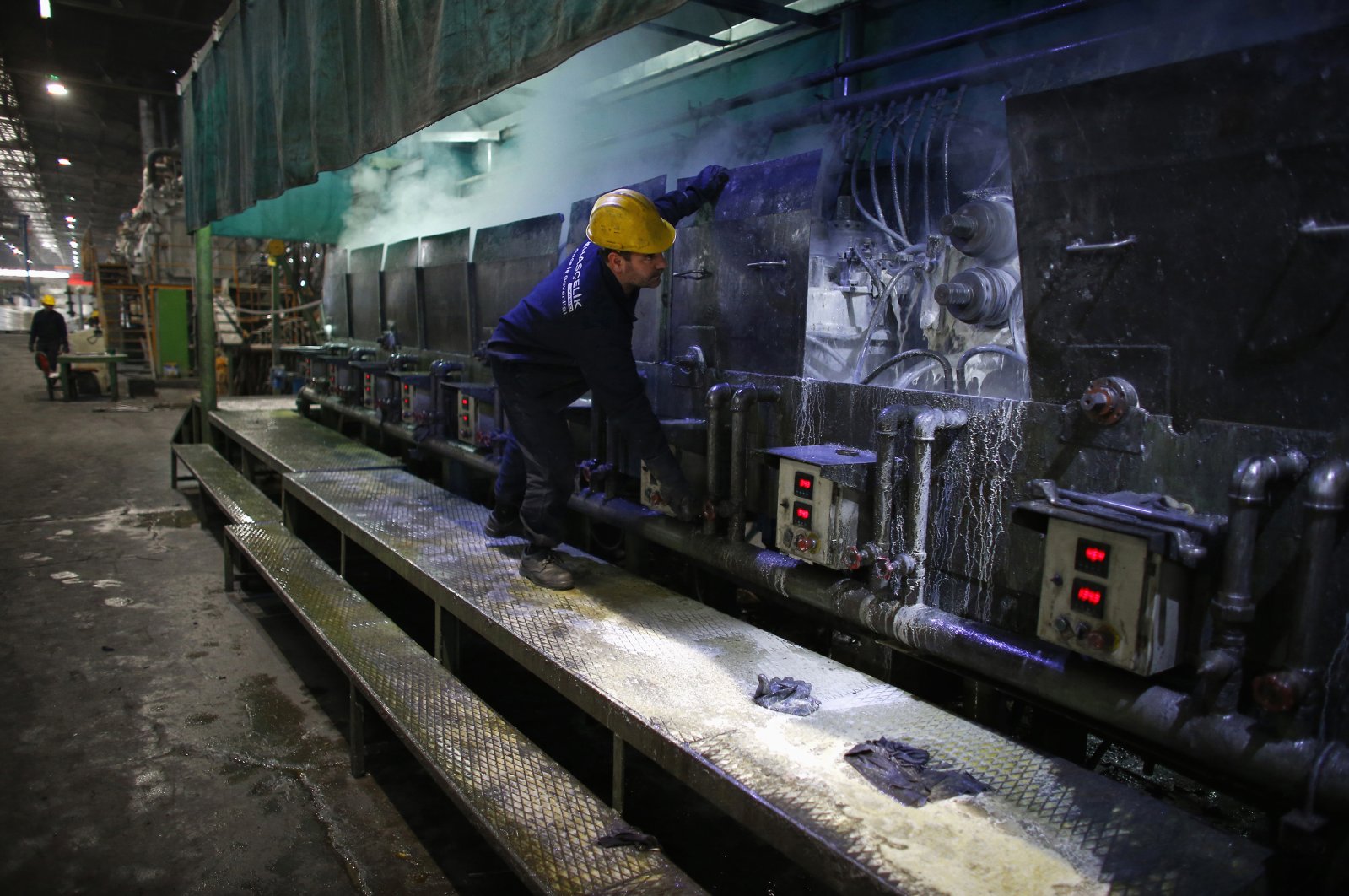 A worker checks the settings of a machine at a factory in the central Anatolian city of Kayseri, Turkey, in this undated photo. (Reuters Photo)
by DAILY SABAH WITH AGENCIES May 14, 2020 1:54 pm
RECOMMENDED

Turkish industrial production dropped by 2% year-on-year in March, data showed Thursday, as the coronavirus outbreak began to have an impact and ended a run of six consecutive rises.

Industrial production is considered a vital indicator for the economy, as it is seen as a preliminary gauge for gross domestic product (GDP) growth. In February, output had climbed 7.5%.

Month-on-month, industrial production was down 7.1% in March on a calendar and seasonally adjusted basis, TurkStat said.

The office said industrial production in the 19 countries sharing the euro fell 11.3% month-on-month in March, the sharpest decline since records started in 1991, for a 12.9% year-on-year plunge.

Eurostat said production of durable consumer goods like cars, washing machines and television sets fell the most, tumbling 26.3% on the month and 24.2% year-on-year.

Germany, a big exporter of capital goods and durable consumer goods, saw its industrial production fall 14.2% year-on-year in March, while Ireland, a producer of food, reported a surprising 25.3% increase in industrial output.

In the first quarter of this year, several sectors, especially manufacturing, were affected by the measures against the COVID-19 pandemic, such as curfews.

Turkey’s economy expanded sharply by 6% year-on-year in the fourth quarter and grew nearly 1% in 2019 as a whole after contracting annually in the three quarters to the middle of the year, according to the TurkStat.

The European Bank for Reconstruction and Development (EBRD) Wednesday predicted the Turkish economy will bounce back 6% in 2021 after contracting 3.5% this year due to the economic impact of the coronavirus impact.

The national statistical body said the March data may be revised as the deadline for value-added tax declarations, used in calculating production, had been extended for certain sectors due to the coronavirus and alternative sources had been used to measure output.