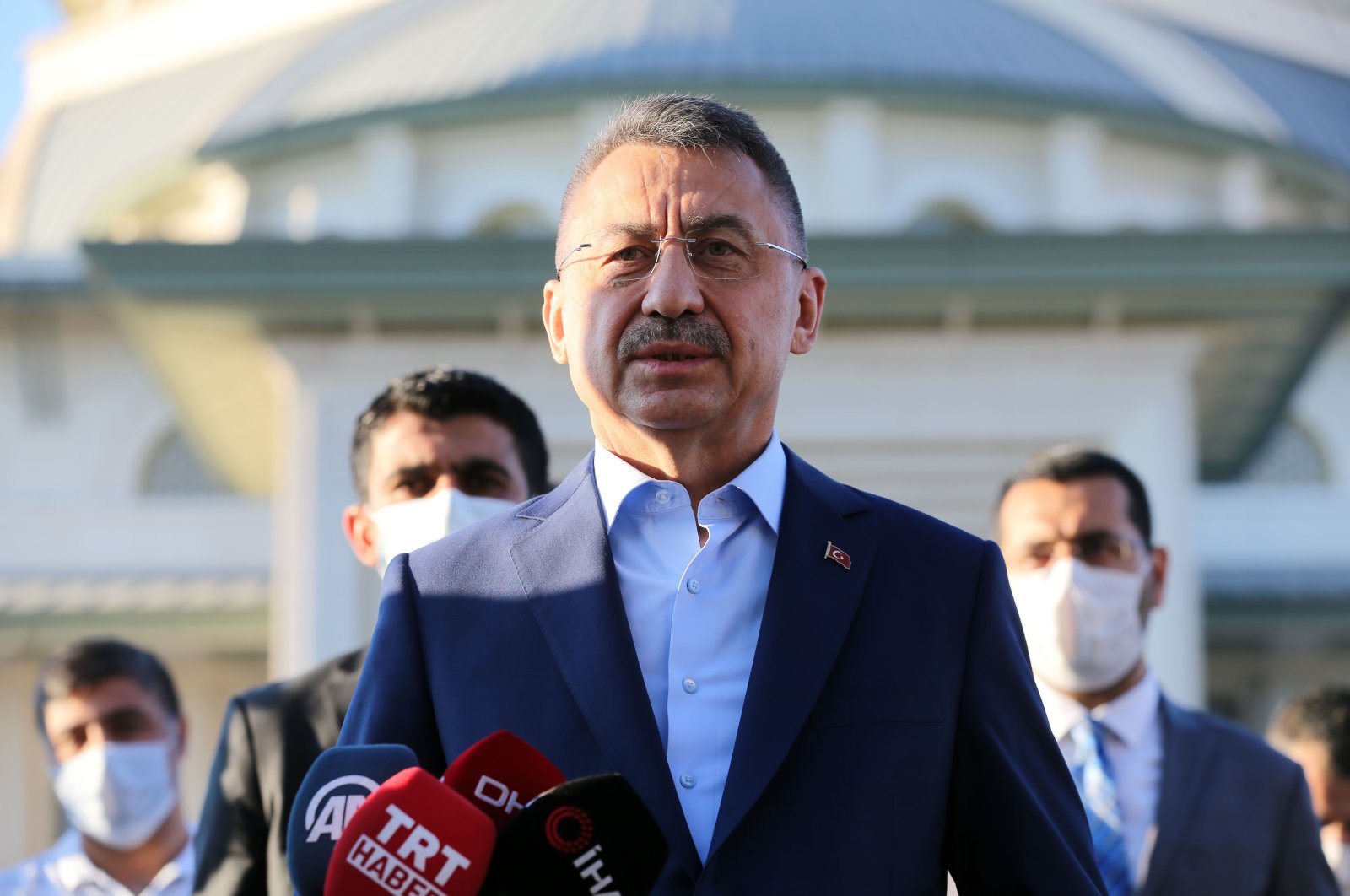 Industry and trade sectors bounced back in Turkey with figures close to the pre-pandemic period, Vice President Fuat Oktay said Friday, except for the tourism sector which still feels the impact of the coronavirus pandemic.

The situation in the country in terms of economic activity and trade is much better than it was two months ago, Oktay said following prayers for the Muslim holiday of Qurban Bayram, also known as Eid al-Adha, in the Beştepe People's Mosque in the capital Ankara.

With the normalization process “our fight against the pandemic has continued along with the reopening of the economy and resuming businesses, trade,” he said.

Oktay added he hopes for a quick revival for the tourism, transportation and service sectors, as well. Tourism is one of the worst affected sectors worldwide. Although the county is now witnessing a high mobility in domestic demand, the arrival of foreign tourists is still dependent on governmental decisions. So far, vacationers from the U.K. and Ukraine have arrived in Turkish resort towns following the resumption of flights.

Data from July 27 by the Central Bank of the Republic of Turkey (CBRT) that showed business confidence among Turkish manufacturers rose by 8.1 points to 100.7 points in July compared to 92.6 points in June.

A score of 100 or more denotes optimism, while a number below the 100 mark designates pessimism.

The rise in July follows an upward trend of the last three months since the real sector confidence (RSCI) dipped by 32.9 points to 66.80 in April, when the pandemic was felt the most. The figure in July marked a 1.9-point increase compared to the same month of 2019.

According to the CBRT data, the seasonally adjusted real sector confidence index (RSCI-SA) rose by 9.6 points to 99.4 in July, compared to the previous month.

The central bank said the manufacturing industry used 70.7% of its capacity in July. Month-on-month, the capacity utilization rate (CUR) of the sector increased by 4.7 percentage points, the bank survey showed.

Turkey’s economic confidence index has also rebounded 11.8% month-on-month in July to 82.2 points, official data showed on Thursday, making it the third month of recovery from lows caused by measures to combat the coronavirus.

Meanwhile, Trade Minister Ruhsar Pekcan also said on Friday that as part of the country’s fight against the pandemic’s economic impact, the amount of the support provided to 1.6 million tradesmen has exceeded TL 26 billion.

Pekcan said that the support was allocated to Turkish tradesmen under different titles, including business credit, "Support to Continue Working" financing or basic needs support, noting that they have been carrying out both regional and international work to compensate the losses occurred during the pandemic.

Turkey kicked off the "Economic Stability Shield" stimulus package at the very beginning of the COVID-19 outbreak in the country and has initiated several support and credit packages led mainly by public banks, to protect employment and support businesses.

As part of the broader support for tradesmen, a total of 809,374 firms have applied for the business support package, Pekcan said, while the number of those who have received loans has reached 700,000 with the credit amount totaling around TL 17.217 billion.

The total amount of loan installments that were postponed or restructured by state-owned Halkbank reached TL 3.5 billion which was aimed at preventing financing problems occurring due to the pandemic. The number of tradesmen benefitting from this has also reached 400,000.