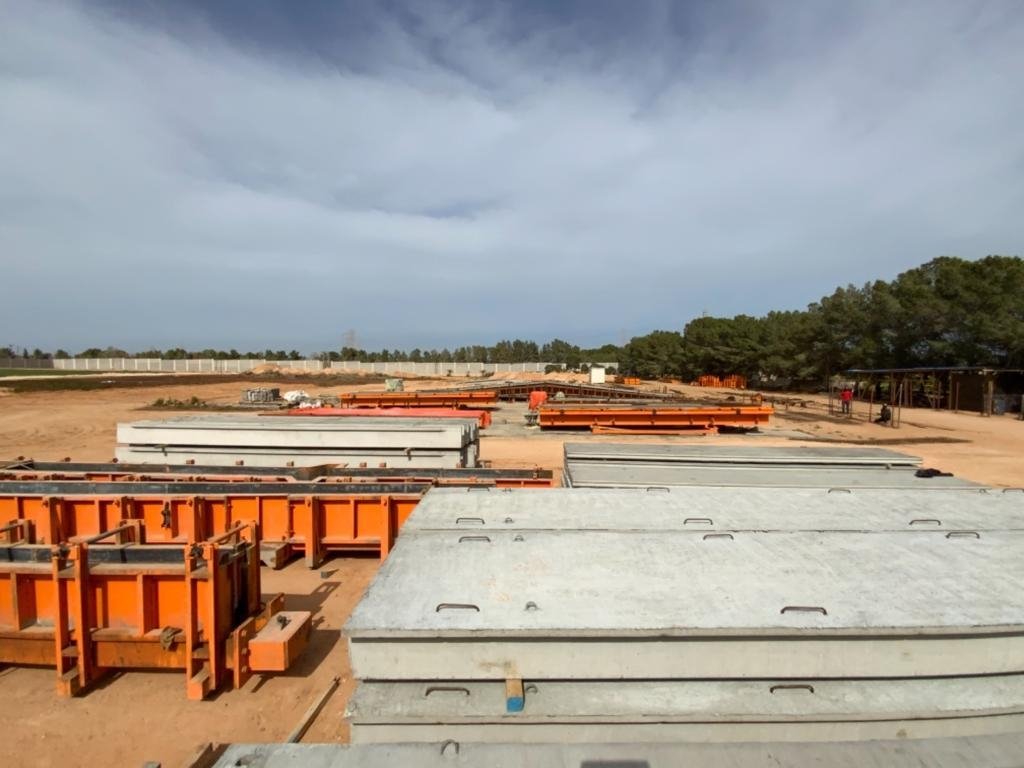 The largest concrete production facility established by a Turkish company, Karanfil Group, in civil-war-torn Libya, has been inaugurated, the firm said in a statement Monday.

To date, $10 million (TL 70 million) have been spent on the facility, said Karanfil Group's CEO Fatih Sarı, adding that the company aims to increase the investment up to $50 million.

The facility, which aims to employ a thousand people in the medium and long term, will be able to produce up to 90 cubic meters of concrete per hour (0.88 cubic feet per second), the statement said.

Stating that the concrete production facility is crucial for the reconstruction of Libya, Sarı stated that the demands of the state and the private sector are being met.

He said they can also meet the demands of the Turkish construction industry if they undertake projects in Libya.

He added that they have garnered interest not only in Libya but also from neighboring countries.

"There is already serious demand from Morocco, Tunisia, and Algeria. Thus, we will amp up both our investment, production and employment as soon as possible."

A total of 250 people will be employed at the initial stage in the factory, he said, adding that this number will be increased to 1,000.

The company has been operating in Libya for 34 years, especially in the fields of logistics, supply and production, with future investment plans in petrochemical and energy fields.

Sarı stated that Libya is the key to Africa, which has 53 countries with a population of 1 billion, and that it is possible to reach those countries in a shorter time via Libya and that they can further expand their exports of products and services.