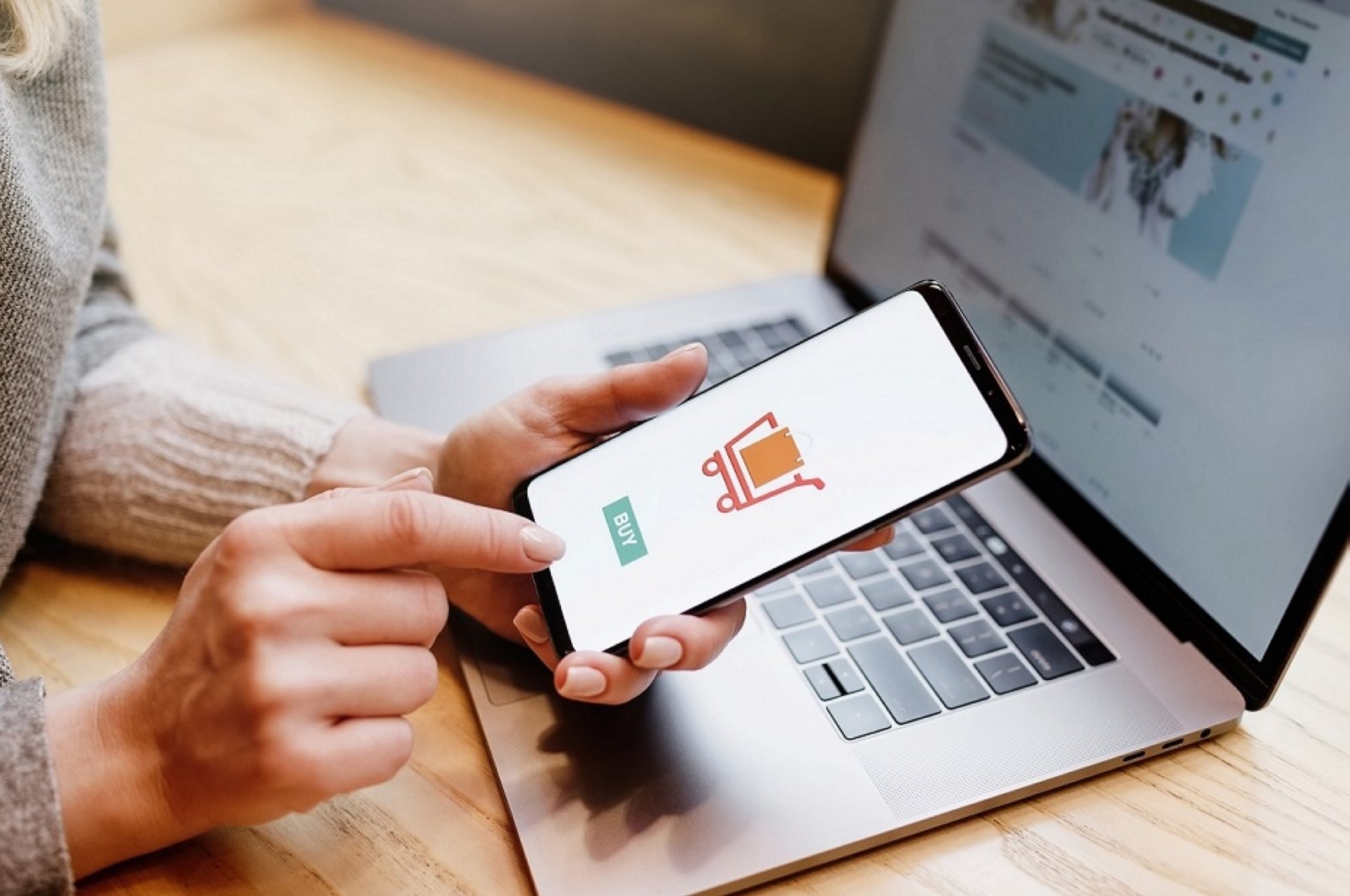 Fueled by the COVID-19 pandemic that brought stay-at-home orders across the world, Turkey’s online market grew by 434% during the first half of the year, reaching TL 1.8 billion ($244.90 million).

Figures which was shared by an article published Tuesday on Turkish daily Dünya, citing Trade Ministry data, showed that the local market customers who preferred e-commerce options during the pandemic continued shopping online during the normalization process as well when many restrictions in the country were lifted as authorities declared the outbreak under control.

The main reason people turned toward online shopping was they did not want to leave their homes and enter crowded places. The expanding trend also brought new players to the market as new brands begin accelerating their investments, while sector representatives say the changing shopping habits may be permanent after the pandemic. They say that the majority of grocery shopping continued online after June, expecting this to maintain its course in the upcoming period.

While those like supermarket chain Migros had already online shopping options, e-commerce sites such as Morhipo and Trendyol have also added online market platforms to their sites.

Digital commerce solutions company Inveon's founding CEO Yomi Kastro told daily Dünya that online shopping has increased in all kinds of purchases, however, grocery shopping was a pioneer in this movement which caused the e-commerce sector to complete its seven-years-long expected digital transformation in seven weeks.

Stating that the average basket amounts of online food and beverage purchases increased during the COVID-19 period, Kastro said that according to a research conducted in eight countries by the United Nations Conference on Trade and Development (UNCTAD), while only 15%of the amount spent per shopping was TL 700 or above in 2019 which has now increased to 21%. Share of purchases with an average basket amount of TL 350 or less decreased from 38% to 31%, he said, informing that on the category-based basis, the demand was mostly for coffee, tea, vegetables, fruits and dairy products.

Kastro went on to say that although there was a slight decrease in online shopping compared to the COVID-19 period during the start of the normalization period, the volume of e-commerce continued to expand in June.

He said, citing the UNCTAD research, that some 60% of people are expected to shop online more frequently in post-COVID-19 Turkey. This ratio is expected to be lower in European countries.

"The rate of people who are expected to shop more frequently online in the coming period is 53% in Italy, 32% in Switzerland and 30% in Germany," Kastro said, while the ratio for China, where the virus originated is 77%, making the country where the changed habits became the most persistent.

According to the data of the InterBank Card Center (BKM), online food and grocery shopping in March, when the first COVID-19 case reported in Turkey, increased by 220% year-on-year. Accordingly, local discounters such as A101 and Şok implemented mobile order applications a few months later, with which they make deliveries within three hours at the latest.

The growth in fast delivery startups such as Getir and Banabi has exceeded 50%. The number of provinces where supermarket chain Migros was operating with its "Virtual Market" first doubled in 2019, reaching 58. It is now reaching all provinces of the country with the pandemic.

Among the online operations of Migros, in addition to the virtual market, there are also upscale retailer Macrocenter, fresh food delivery startup Tazedirekt and Migros Hemen, which was established last year and make deliveries within 30 minutes. The virtual market has grown 75% in a row in the last two years. In the pandemic period, a fourfold increase in demand was reported. There was also an up to a sevenfold increase in Macrocenter and Tazedirekt. The orders jumped by eight times for Migros Hemen which is operational in fewer provinces for now.

Among the new players of the sector, Morhipo.com has launched Morhipo Market in cooperation with online supermarket İsteGelsin. Morhipo users will be able to purchase thousands of products from fresh vegetables and fruits to cleaning products, snacks to beverages, frozen food to personal care products which will be delivered through İsteGelsin.

Trendyol has also kicked the "Fast Market" option in Istanbul in which the e-commerce giant prefers to cooperate with the local market chains in the region according to the address the customer chooses.

Demand to be maintained

Major e-commerce player Hepsiburada has accelerated investments for the market category with its "Hepsiexpress" service in cooperation with CarrefourSa. Operating in 17 provinces after first established in Istanbul, Hepsiexpress makes deliveries on the same day or up to four days determined with appointments. A distribution fleet consisting of hundreds of refrigerated vehicles suitable for the cold beverages was also established within the logistics company Hepsiexpress. Emphasizing that the interest has rapidly grown during the pandemic, Hepsiburada Strategy Group Chairman Murat Büyümez said, "Accordingly, our total number of users has grown exponentially in the last three months." adding they will continue to invest in the field.

Sales of İsteGelsin, which is a very new startup, jumped by 80% and the daily basket average increased by 25%. There are currently 1 million active users of the application.

Startup CEO Sedat Yıldırım said that the grocery shopping mainly carried out through traditional methods in the past has changed to online with the COVID-19 pandemic, as in this process, which was a bit of a necessity at the beginning, users saw that online grocery shopping could be done safely, easily and comfortably.

"We think that this increase will continue in the future," he said even if not like the coronavirus period.