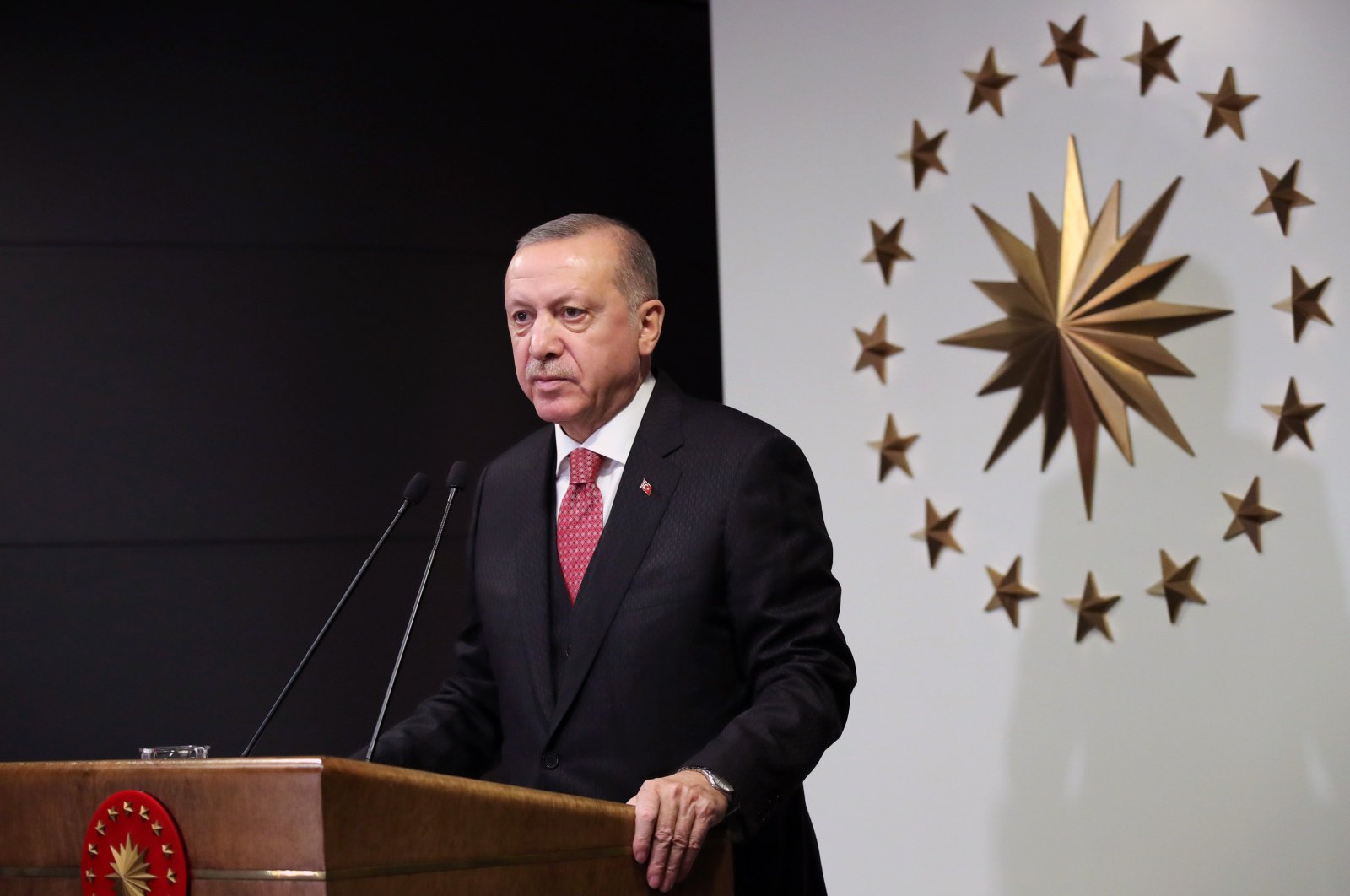 "We hope that the wheels of production will run once again and that the Treasury of our people and our country will fill again once we lift the pandemic measures gradually according to the schedule we determined," President Erdoğan said.

Speaking on the measures taken in various fields to combat the coronavirus pandemic and to prevent the further spread of the virus during the ruling Justice and Development Party’s (AK Party) Central Executive Committee (MYK) videoconference meeting, the president stressed that if Turkey and its people do not make sacrifices in this period and leave behind the pandemic at the same time as other countries, it will encounter more serious problems.

Turkey's total support for its Economic Stability Shield package hit TL 200 billion ($28.5 billion), which is its largest ever direct support to the real economy and lower-income groups, the president said. “We mobilize the country’s resources directly for the people,” Erdoğan added.

Underlining that the COVID-19 pandemic had the potential to rise again with the slightest easing of measures, the president said that the obtained outcome is a direct indicator of the precautions taken.

“We are aware of what our people are going through. People over the age of 65 and under 20 have not left their homes for weeks. We know the distress of the businesses and workers that have paused their activities. We see that curfews, sometimes of up to four days, are difficult. We will be patient for a while and then will rejoin good days,” the president said.

The president also thanked the 83 million people of Turkey for abiding by preventative measures.

A three-day curfew will be in effect in 31 Turkish provinces starting Friday, May 1, in the latest measure to curb the spread of the coronavirus, Erdoğan said Monday following his Cabinet meeting, adding that the government is planning to continue curfews on weekends until Ramadan Bayram, or Eid al-Fitr. Turkey marks Labor and Solidarity Day on May 1.

The move came after the same provinces, including 30 metropolitan provinces and the northern province of Zonguldak, went through a four-day curfew that started on Thursday, April 23 – when the country marked its National Sovereignty and Children's Day – and ended Sunday, April 26.

Underlining that Turkey has the best ratio in Europe of the number of deaths compared to cases, Erdoğan said the country has entered a period in which it is achieving concrete results in its fight against the coronavirus outbreak as new COVID-19 patients and related deaths are dropping day by day.

Turkey has so far avoided a total lockdown but has ordered anyone above the age of 65 or below the age of 20 to remain home. Although schools and businesses, such as cafes and hair salons, were shut down, many businesses and offices remain open and workers continue to go to work.