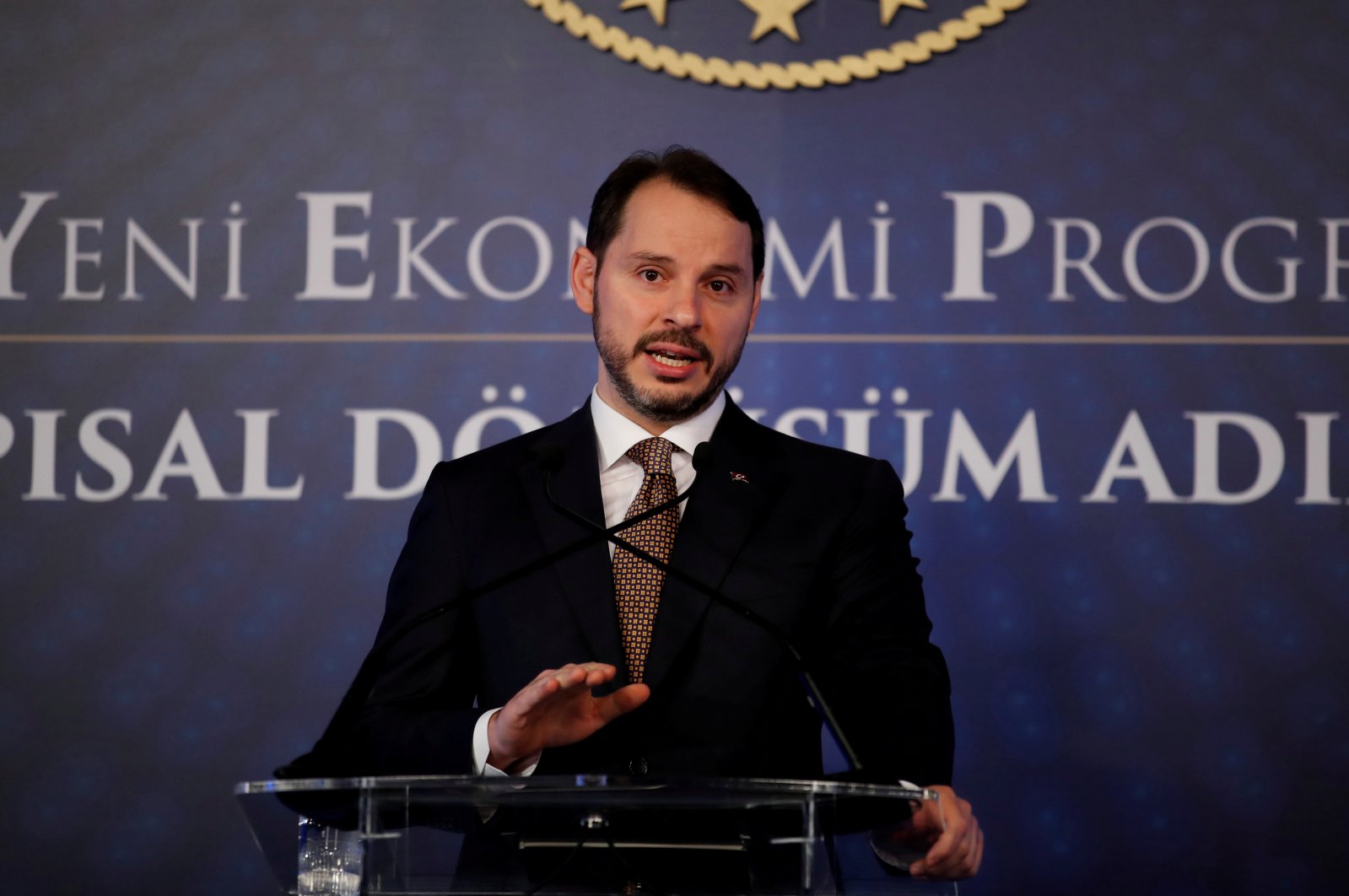 The steps of the Turkish government under the economic stimulus package it announced in March to support the economy and cushion the fallout from the coronavirus pandemic have reached TL 240 billion ($34.42 billion), Treasury and Finance Minister Berat Albayrak said Wednesday.

President Recep Tayyip Erdoğan initially announced a TL 100 billion package – the Economic Stability Shield – to support citizens and businesses on March 18, postponing debt payments and reducing tax burdens in some sectors. Since then, Ankara has gradually expanded the measures.

"The total value of our Economic Stability Shield steps has reached TL 240 billion. This amount is around 5% of the national income," Albayrak told a videoconference organized by the Foreign Economic Relations Board (DEİK) Wednesday.

"We are only expressing the financial amount of the steps implemented. If we have to express the economic size like some countries, this figure reaches TL 525 billion. This corresponds to nearly 11% of the national income," he said.

The ratio of fiscal measures to national income stood at 5% in France, 4.9% in Germany, 4.7% in the Czech Republic and 1.4% in Italy, the minister added.

“Turkey is one of the countries that will comfortably overcome this process with its solid balance sheet,” Albayrak said.

“The ratio of net indebtedness to national income is the most important indicator when looking at the indebtedness of the countries of the world. In Turkey, this rate is 32.5%. This ratio is well below the average of developing countries and the world,” he said.

The minister also stressed that Turkey is one of the best countries in the world in terms of the ratio of support to national income in the context of the pandemic.

"No one should doubt that we will eliminate the effects of the COVID-19 epidemic on our economy, that we will be able to assess the potential for our country," Albayrak said.

The minister's remarks come as the country has started to gradually roll back restrictions imposed to curb the spread of the pandemic after Erdoğan last week outlined the country's normalization process.

In this scope, shopping malls, barbershops and beauty salons across Turkey resumed business after nearly two months on Monday. Also, all main Turkish automotive factories resumed operations as of Monday.

The return to a "new normal" would be gradually implemented through July after the spread of the virus slowed over the past two weeks, Erdoğan had said.

After originating in China last December, COVID-19 has spread to at least 187 countries and regions. Europe and the U.S. are currently the worst-hit areas.

Measures to stem the spread of the virus caused economic slowdown across the globe, especially in the aviation, travel, tourism and manufacturing sectors.

The pandemic has killed nearly 292,000 people worldwide with over 4.26 million confirmed cases, while recoveries have surpassed 1.49 million.

With the pandemic forcing businesses to furlough or lay off staff, the government has stepped in to top up income or pay daily stipends, while small businesses are being given access to fresh loans.

Albayrak added that funds totaling over TL 137 billion were provided to some 190,453 companies as part of a financing package backed by the Credit Guarantee Fund (KGF) to protect employment and support businesses.

An additional TL 23 billion was provided in support to tradesmen, he said.

The minister said financial support was given to nearly 5 million families, with a total of TL 33 billion set aside to meet the basic needs of some 5.58 million citizens that have a monthly income below TL 5,000.

The government will also provide TL 1,000 in financial aid to citizens who weren't included within the scope of the support but lost their income and jobs during this period.

Any firm forced out of business due to a force majeure, such as the pandemic, can call on the government for help.