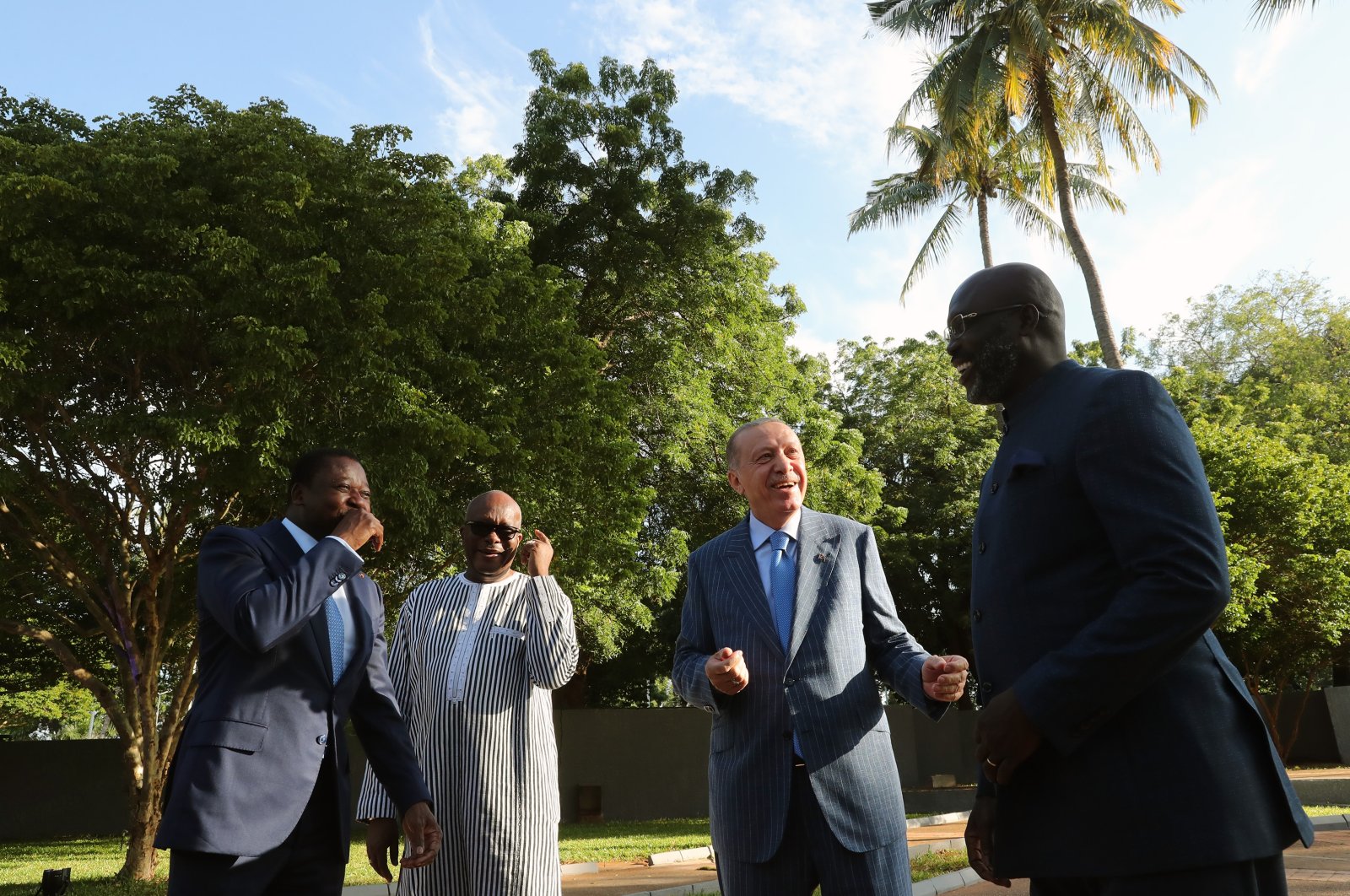 Officials and businesspeople from Turkey and African countries will address relations and look for ways to further deepen their partnership during a major event that is due to begin Thursday.

Set to bring in 250 members of official delegations from 41 countries, the third Turkey-Africa Economic and Business Forum will begin in Istanbul with a ceremony to be attended by President Recep Tayyip Erdoğan.

The event comes just as Erdoğan this week paid official visits to Angola, Togo and Nigeria.

Since taking office nearly two decades ago, first serving as prime minister, Erdoğan has been fostering ties with Africa, presenting Turkey as a fairer player than the continent’s former colonial powers.

Before traveling to Angola, Erdoğan boasted 38 visits to 28 countries since he became prime minister in 2003.

Turkey has 43 embassies on the continent and its national airline Turkish Airlines (THY) is now serving more than 60 African cities.

Trade volume with the continent folded over the years to reach $25 billion in 2020, despite the fallout from the coronavirus pandemic, according to a statement by the Trade Ministry on Wednesday. It stood at only $5.4 billion in 2003.

Turkey attaches importance to events such as the third Turkey-Africa Economic and Business Forum to further lift this figure and expand the partnership.

The forum, which was first held in 2016 and then again in 2018, will be held in cooperation between Turkey’s Trade Ministry and the African Union (AU).

An official delegation comprised of at least 250 people from around 41 countries are expected to arrive in the Turkish metropolis, including the Vice President of South Sudan, James Wani Igga, 29 ministers and eight deputy ministers. In addition, two presidents from four regional organizations will also participate in the forum.

Within the framework of the forum, a Ministerial Meeting will be held on the theme “Deepening the Turkey-Africa Partnership: Trade, Investment, Technology and Logistics,” a session that will discuss steps be taken to improve trade and economic relations between Turkey and African countries.

About 2,000 businesspeople from Turkey and African countries are estimated to attend the forum.