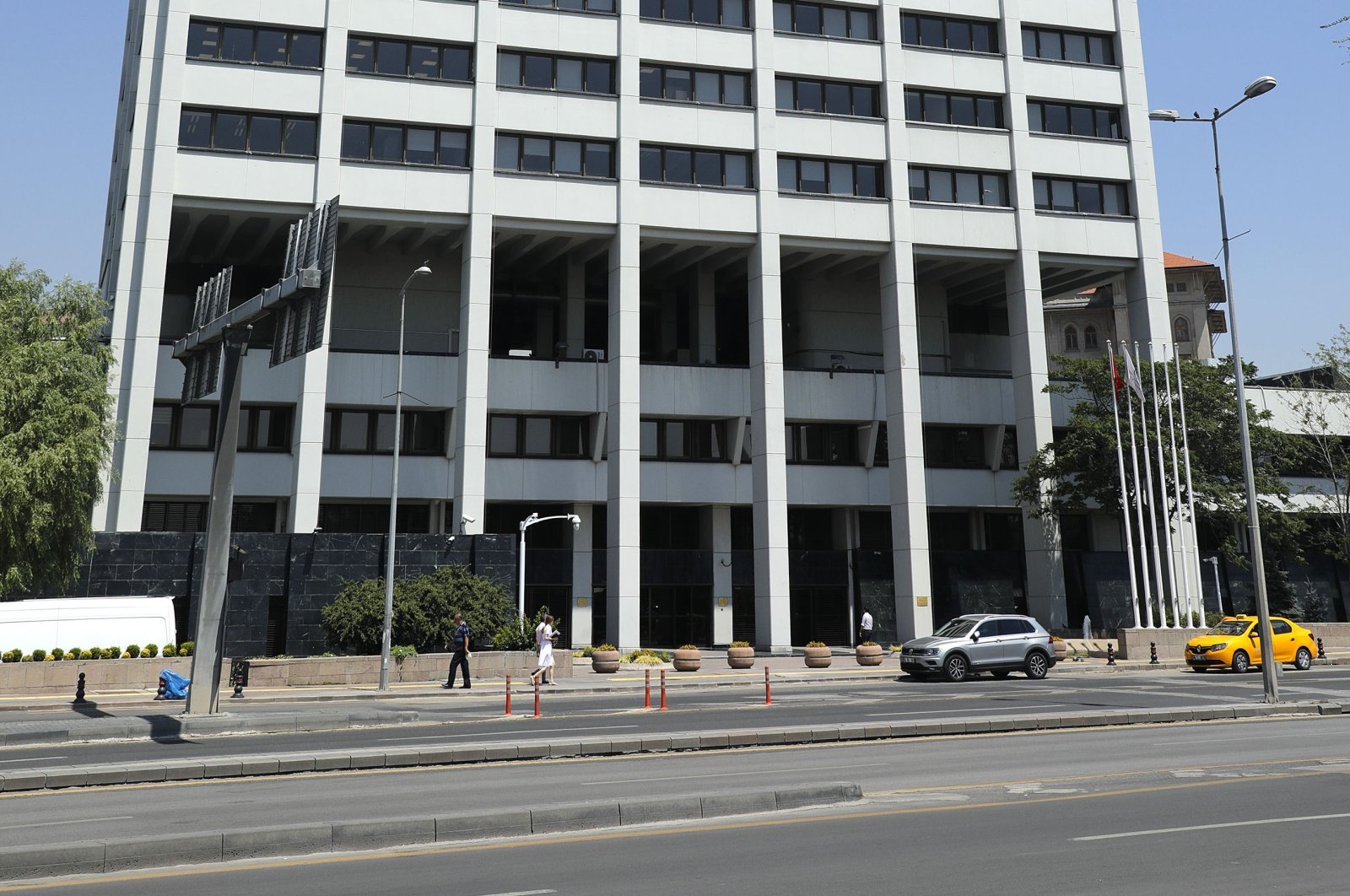 The Central Bank of the Republic of Turkey's (CBRT) monetary policy committee kept the one-week repo rate at 19%, in line with market expectations.

In a statement accompanying the decision, it repeated a mostly hawkish stance, including a pledge to keep the key rate above inflation until indicators point to a permanent fall in medium-term readings.

“The CBRT will continue to use decisively all available instruments in pursuit of the primary objective of price stability,” it noted.

“The policy rate will continue to be determined at a level above inflation to maintain a strong disinflationary effect until strong indicators point to a permanent fall in inflation and the medium-term 5% target is reached,” the statement read.

Economists had cited energy price hikes and rising producer prices as an upside risk to inflation in the coming months and predicted the central bank would hold steady.

Most analysts and surveys, including those by Bloomberg, Reuters and Anadolu Agency (AA), had forecast no change in the key policy rate.

The central bank said inflation could be volatile through the summer, though it gave no clear indication that expected easing was imminent.

Turkish annual inflation stood at 17.53% in June, after an unexpected dip in May due to a lockdown to stem the spread of coronavirus. The producer price index rose 4.01% month-on-month in June for an annual rise of 42.89%.

“Possible volatility in inflation during the summer due to the reopening and high levels of inflation expectations continue to pose risks to the pricing behavior and inflation outlook,” the bank added.

The monetary authority said the stability in the general price level would foster macroeconomic and financial stability positively through the fall in the country risk premium, a reversal in currency substitution, accumulation of foreign exchange reserves and perpetual decline in financing costs.

“This would create a viable foundation for investment, production and employment to continue growing in a healthy and sustainable way,” it noted.

The central bank also stated that the decelerating impact of the monetary tightening on loans and domestic demand is being observed.

“Taking into account the high levels of inflation and inflation expectations, the current tight monetary policy stance will be maintained decisively until the significant fall in the April Inflation Report’s forecast path is achieved,” it noted.

The latest inflation data led economists to forecast smaller than previously anticipated rate cuts by the end of the year.

According to the Reuters poll, the median estimate for the end-year interest rate rose to 17.5% from 16.5% in the previous poll. Forecasts ranged between 14% and 19%.

The CBRT said the current account “is expected to post a surplus in the rest of the year due to the strong upward trend in exports, and the strong progress in the vaccination program stimulating tourism activities.”