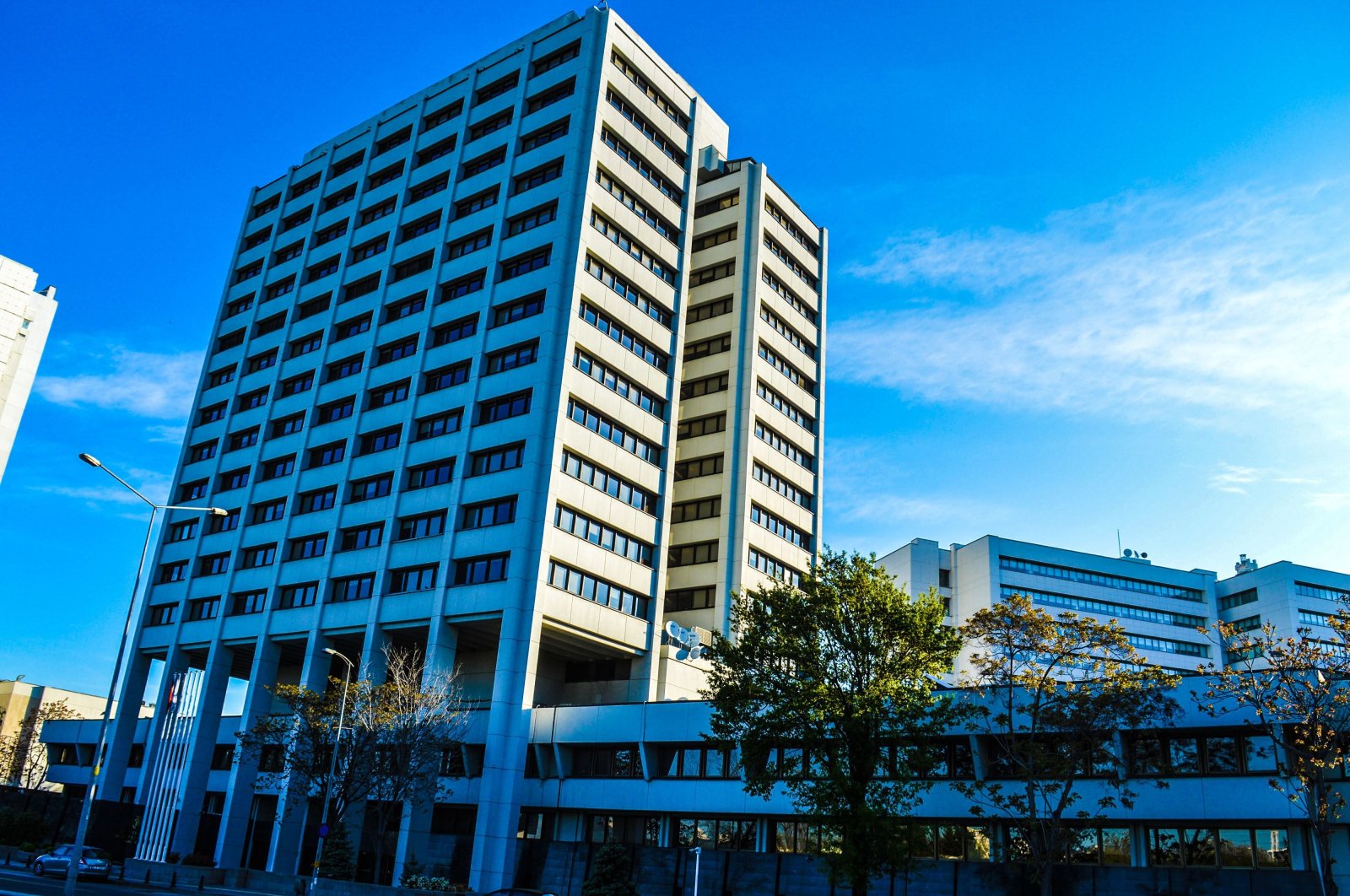 The headquarters of the Central Bank of the Republic of Turkey (CBRT) is seen in the capital Ankara, Turkey, May 6, 2020. (Getty Images)
by DAILY SABAH WITH AGENCIES Jul 13, 2021 3:07 pm
RECOMMENDED

Turkey’s central bank is expected to keep its key policy rate unchanged Thursday for the fourth straight month, maintaining its tight and cautious stance after inflation jumped to a two-year high in June, according to analysts and surveys.

The Central Bank of the Republic of Turkey’s (CBRT) Monetary Policy Committee (MPC) is also forecast to consider smaller than previously expected cuts in the fourth quarter.

Economists cited energy price hikes and rising producer prices as an upside risk to inflation in the coming months and all 18 Reuters poll participants predicted the central bank would keep the one-week repo rate steady at 19%.

Turkish annual inflation stood at 17.53% in June, after an unexpected dip in May due to a lockdown to stem the spread of coronavirus. The producer price index rose 4.01% month-on-month in June for an annual rise of 42.89%.

The data led economists to forecast smaller than previously anticipated rate cuts by the end of the year. According to the 15 respondents in the Reuters poll, the median estimate for the end-year interest rate rose to 17.5% from 16.5% in the previous poll. Forecasts ranged between 14% and 19%.

Last week, CBRT Gov. Şahap Kavcıoğlu said in an investor meeting that inflation could rise higher than expected this month and next, but the bank was sticking to the path outlined in its April report in which it forecast that inflation would fall to 12.2% by year-end.

Kavcıoğlu also said the policy rate would be set above actual and expected inflation until indicators point to a lasting fall, sources who participated in the meeting said.

In addition, Mert suggested a more cautious stance could be taken over inflation amid global risks, rising costs and recent price hikes.

“From what we have observed from our big data indicators and other high-frequency data, the expected slowdown in domestic demand due to the reopening of the economy may not yet be very clear,” she told AA.

This, in turn, keeps the risks on consumer prices in an upward direction during this period, when cost factors and uncertainty are thoroughly increasing, Mert added.

“For this reason, statements that would support a tight stance could be repeated. In this framework, there could be a late and much more gradual rate cut cycle, depending on inflation developments and global conditions.”

In the Reuters poll, three of 18 respondents expected a rate cut in the third quarter while 11 looked to the fourth. Four respondents said they are not expecting any rate cuts this year.