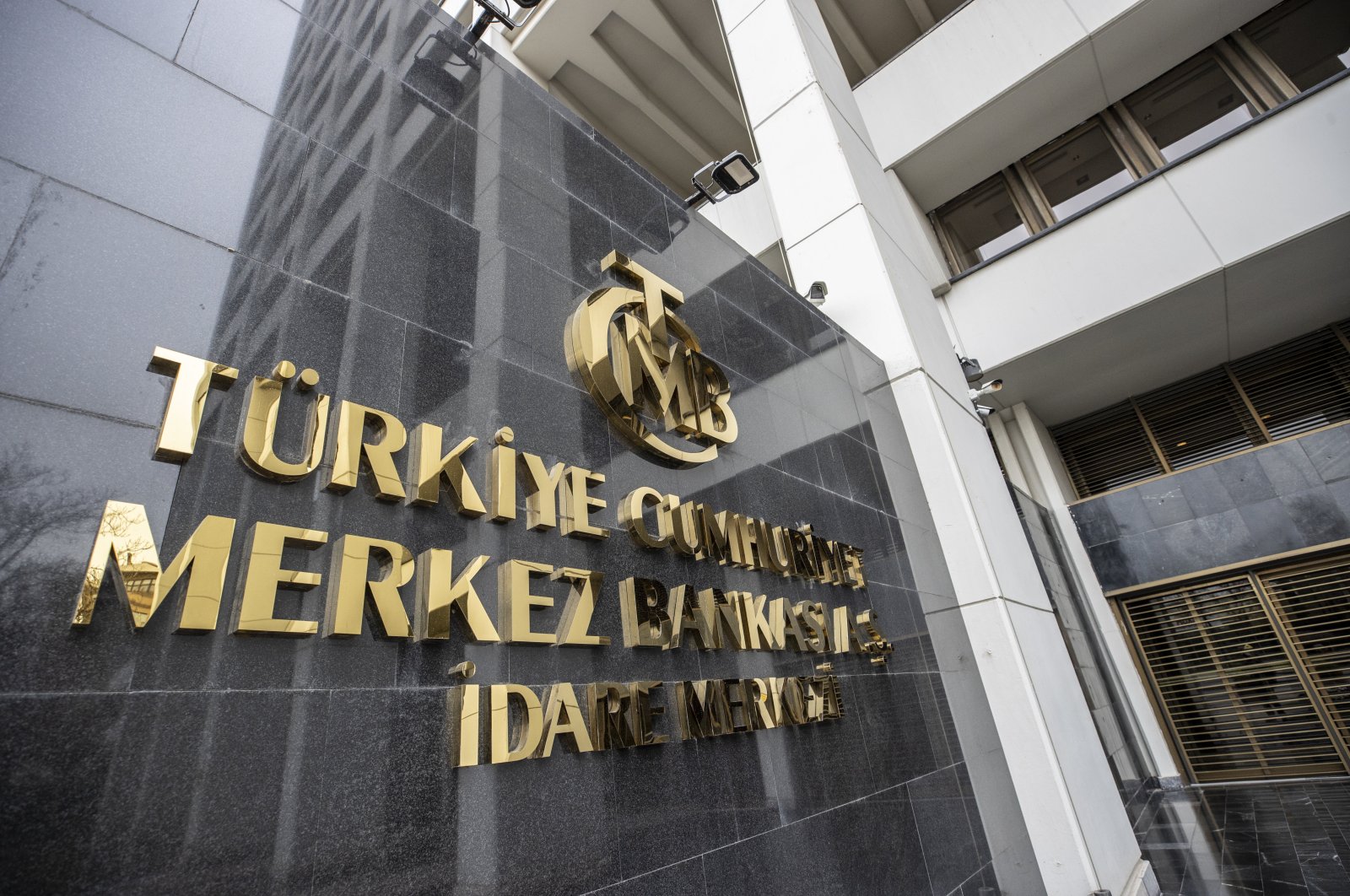 The logo of the Central Bank of the Republic of Turkey at the entrance of the bank's headquarters in the capital Ankara, Turkey, April 19, 2020. (AA Photo)
by DAILY SABAH WITH AA Apr 23, 2021 10:14 pm
RECOMMENDED

Central Bank of the Republic of Turkey (CBRT) Governor Şahap Kavcıoğlu on Friday said that the country would make reserves permanent and better implement the system financing production and exports.

"We will also continue with the tight monetary policy," Kavcıoğlu added.

The central bank will continue to tighten its policies until a mid-term inflation target of 5% is achieved, he explained at a joint broadcast of prominent TV channels late Friday.

Pointing to an interest rate above the inflation figure, Şahap Kavcıoğlu said he will focus on reducing inflation.

The central bank will implement measures for credit expansion while setting a balance for households, the real sector and investors, he stated.

In response to a question about the alleged $128 billion (TL 1.07 trillion) deficit in the central bank's foreign exchange reserves, Kavcıoğlu dismissed the claim as untrue.

Noting how abruptly the coronavirus pandemic appeared in 2020, forcing countries to close their doors, Kavcıoğlu explained that portfolio investments decreased on a global scale and Turkey's share surely narrowed.

As of the end of 2020, the real sector's foreign exchange position deficit was $208 billion but it decreased to $157 billion. This was met by reserves or transactions by the central bank, he said.

If the central bank had not met the foreign currency demand during the pandemic, the country would be facing difficulties, he said.

Touching on capital outflows from foreigners, he said: "We may discuss various topics in Turkey, but everyone knows that they can bring their money to Turkey or withdraw from Turkey whenever they want.”

Kavcıoğlu replaced Naci Ağbal as the new chief of the central bank with a presidential decree last month, which came two days after a sharp interest rate hike.