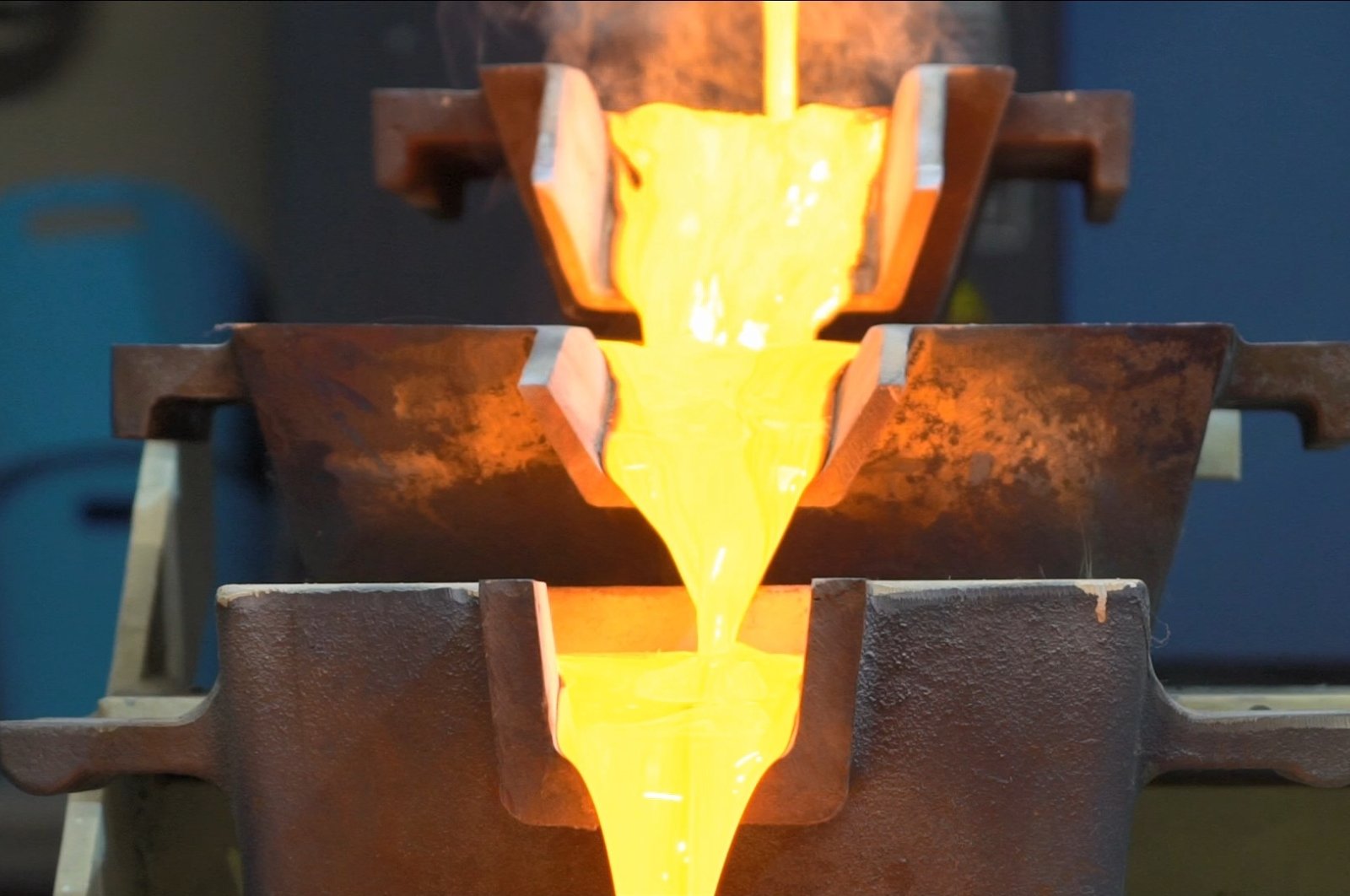 A Turkish mining company Tuesday said it plans to contribute to the country’s goal of producing 100 tons of gold per year through its projects that will become operational soon.

In a statement, Doğu Biga Mining, a company with foreign capital, said its first project, Kirazlı Gold and Silver Mine in the northwestern province of Çanakkale, has reached the construction stage and is waiting for its license to be extended.

After the construction stage, which is expected to last approximately one year, the company said it would start production and looks to contribute to the country’s production goal.

Doğu Biga Mining has three project sites, all of which are located in the Çanakkale area. It said it aims to achieve approximately 100 tons of gold production with all the projects.

This corresponds to an economic value worth nearly TL 48.2 billion (around $6.81 billion), it noted.

Turkey last year produced 42 tons of gold, the highest level ever. Energy and Natural Resources Minister Fatih Dönmez last month said the output made a $2.4 billion contribution to the economy.

The record supersedes the last high set in 2019 when 38 tons of gold were produced.

President Recep Tayyip Erdoğan and Dönmez have earlier stressed that the country aims to reach a level where it produces 100 metric tons of gold per year in the next five years.

Doğu Biga Mining said new projects must be put into use to achieve this goal.

Turkey had started gold production in 2001 with a modest 1.4 tons. That level climbed steadily to reach a then-record high of 33.5 tons in 2013.

Turkey produced nearly 340 tons of gold between 2001 and 2019, according to the Turkish Gold Miners Association (AMD) data.

Doğu Biga Mining said the amount to be paid to the country as tax through its projects is estimated to be around $1.72 billion.

The company also looks to employ 1,000 people directly, and 2,000 people through service procurements.

The Canadian-based gold producer, Alamos Gold is one of the investors in the Doğu Biga Mining company.

"Doğu Biga Mining, whose project is not put into operation yet, already made a name for itself with its significant contributions to the region. In these days when drought is a threat, Altınzeybek-2 pond with a water holding capacity of 3.17 million cubic meters, which will supply drinking and utility water to 11 villages, was built by the company," the statement added, underlining its efforts.

"The pond, which was built under the control of State Hydraulic Works and was among the important projects carried out with the cooperation of the Government-Private Sector, played an important part in the revitalization of agriculture during the dry summer season, by making all the water captured in 2020 available to the local Kumarlar village. With the project being operational, the company will use only 8 percent of water from the Altınzeybek-2 pond. 92 percent of water in the pond will continue to be available to 11 villages," it said.

Alamos Gold CEO John McCluskey also said they care about maintaining their commitment to operational excellence, social responsibility and environmental management above all.

Emphasizing that wherever they operate, they hold themselves responsible for the highest environmental, social and governance standards, McCluskey noted that they are committed to acting responsibly and maintaining core values such as safety, teamwork, environmental sustainability, commitment and integrity.

He said Alamos aspires “to create a safe workplace for everyone who works for us to return safely at home every day, help our employees succeed in their careers through training and teamwork and by valuing equality and diversity in the workplace.”

McCluskey also emphasized the company looks to “maintain the long-term health and viability of the natural environments surrounding our operations and projects by helping the local residents and host governments establish communities which will have brighter futures beyond our existence and establishing long-term and respectful relations with the members of the community and continually decrease our environmental footprint.”