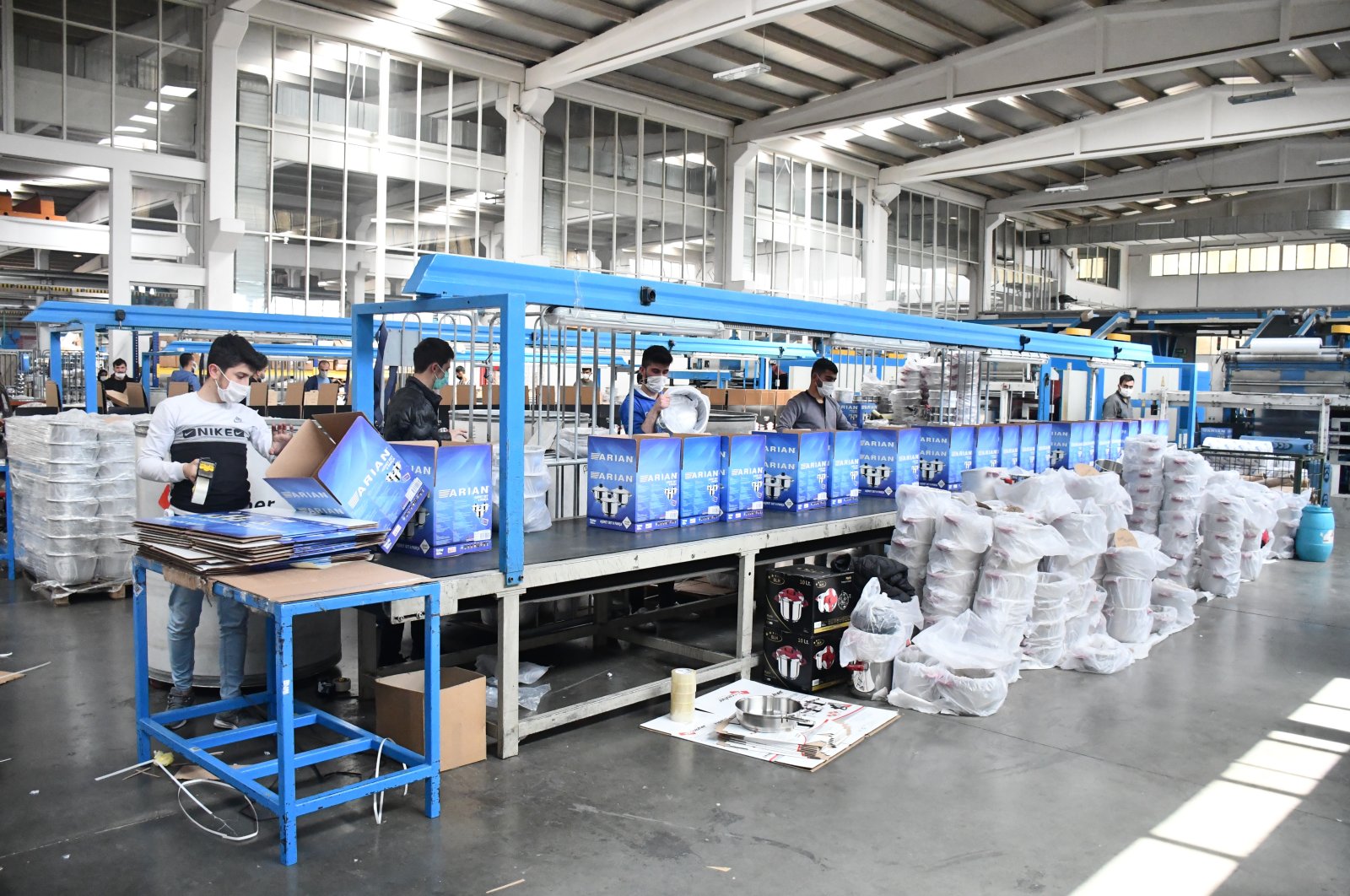 The Turkish manufacturing industry's capacity utilization rate increased by 1.2 percentage points in April from a month before, the Central Bank of the Republic of Turkey (CBRT) said Monday.

The industry used 75.9% of its capacity this month, the bank survey revealed.

Commenting on the data, Industry and Technology Minister said the capacity utilization rate in intermediate goods production which is critical for the balance of foreign trade, reached 78.8%, the highest level since September 2018.

The manufacturing industry's capacity utilization rate excluding seasonal effects was up 0.6 percentage points to 76.2% in April, the minister said in a tweet.

The capacity utilization figures are based on the responses given to its business tendency survey by local units operating in the manufacturing industry, according to the bank.

It also said that the monthly data does not reflect the bank's views or predictions.

Among more than 20 sectors, the highest capacity usage was seen in the manufacturing of wood and wood/cork products – excluding furniture – with 83.8% this month.

The lowest capacity utilization rate was seen in leather production at 59.3%.

On the main industrial groups' side, the highest capacity utilization rate was 78.8% for intermediate goods, while the lowest capacity usage was 71.6% for non-durable consumer goods.