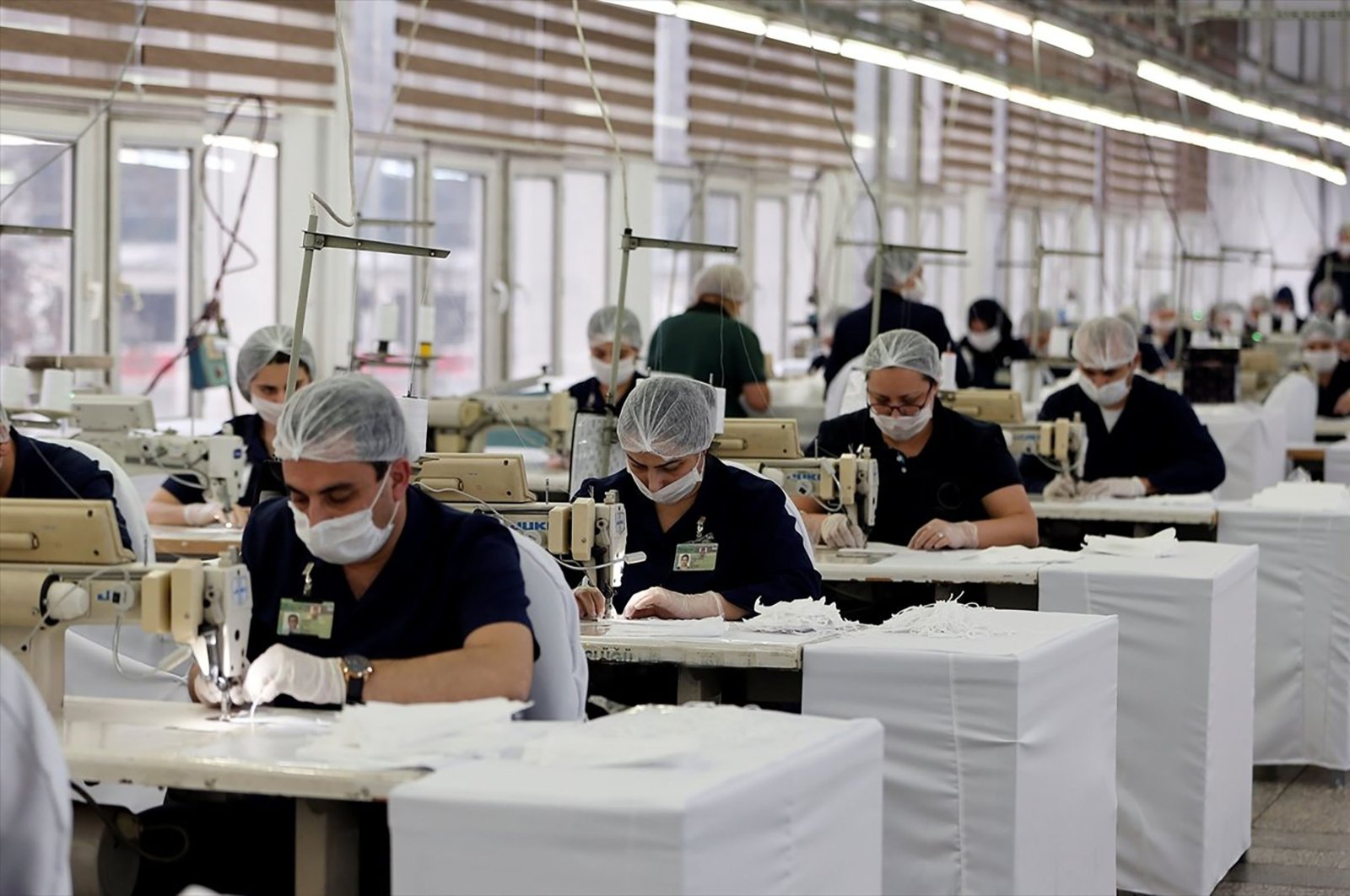 Turkish workers’ unions issued a joint statement Tuesday on the current minimum wage negotiations, saying that the minimum wage that is to be effective as of Jan. 1, 2022, should be determined after considering recent developments in the national economy.

The statement noted that the conditions of setting a minimum wage are that it should make it possible for a worker and their family to “live humanely” according to the economic and social conditions of the day, and that “it has to be compatible with human dignity.”

“With this aspect, the minimum wage is the minimum income necessary for a person to live and survive,” it said, however, according to the International Labor Organization (ILO) constitution “a wage that only provides for the living of the worker and their family is not enough to live humanely. But the worker must have enough wages to live humanely.”

The three workers' confederations in the country thus shared their demands for a minimum wage worthy of human dignity.

“It is of great importance that the minimum wage, which is the main problem of a significant part of non-unionized workers, is decided in line with the principles we have determined and defended,” it noted.

The statement stressed that the work on determining the minimum wage closely and directly concern not only wage earners but also the entire society.

“It covers a wide range of areas such as minimum living allowance, unemployment benefits, short-term working allowance, disability and old-age pensions, care assistance, general health insurance, private pensions, social security borrowing, determination of social security lower and upper premiums, etc.,” it said and noted that an "extraordinary fluctuation in exchange rates recently and the surge in prices of basic goods and services, especially food and rent have reduced the purchasing power of wage earners who have no income other than that from their labor.

“Therefore, it is our common opinion that the minimum wage to be valid in 2022 should be determined in a way that will ensure a decent living standard, taking into account the developments in the economy,” it said.

Most recently, one of the top business associations in Turkey voiced its support for a hike for the minimum wage above inflation to ease pressures on households stemming from a rise in consumer prices.

Mahmut Asmalı, the newly elected chairperson of the Independent Industrialists and Businesspersons Association (MÜSIAD), said on Nov. 9 that the minimum wage increase to be determined for 2022 should “definitely” be above the year-end inflation rate.

The private sector sides with the increase; however, it should be implemented by reducing some of the minimum wage tax burdens on the employer, Asmalı told a press meeting in Istanbul.

His remarks come a week after it was reported that the government is planning a fiscal stimulus program to support citizens with measures such as increasing the minimum wage, relief on energy costs and raising salaries for some civil servants.